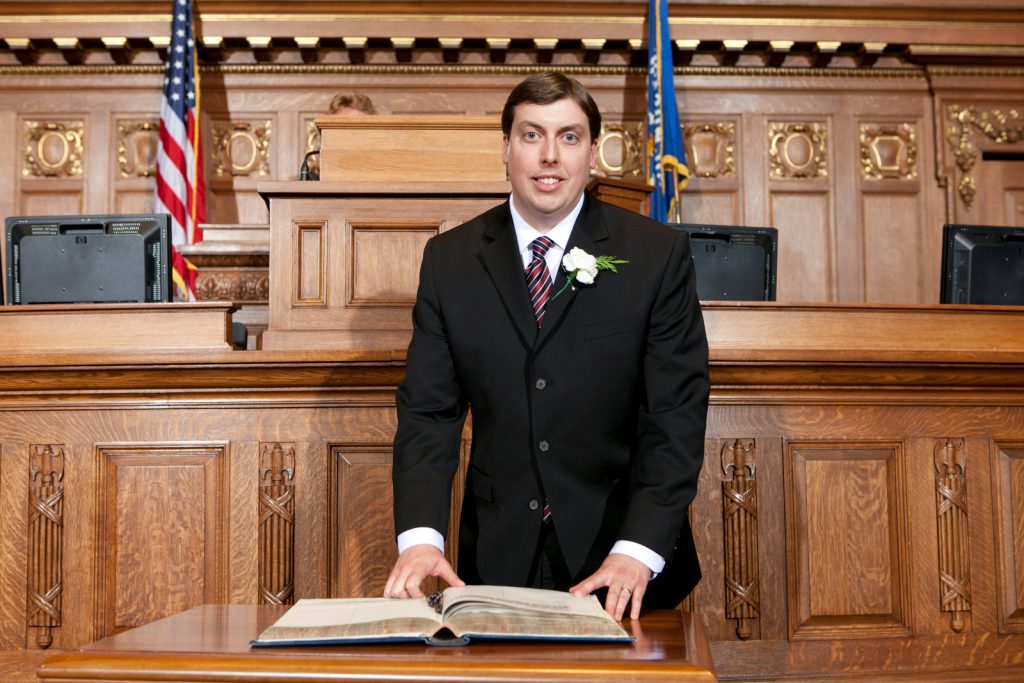 Mark Born. Photo from the State of Wisconsin.

Beaver Dam Republican State Representative Mark Born has risen above his previous state Capitol anonymity only because GOP Assembly Speaker and fellow minority dismisser Robin Vos installed Born as co-chairman of the powerful Joint Finance Committee – where decisions of a just a handful of state’s 132 legislators can turn the whims and bigoted biases of the committee and Legislature’s gerrymandered GOP majority into public policy:

MADISON, Wis. — Wisconsin Senate Republicans voted 18-12 Tuesday to pass a resolution honoring Rush Limbaugh, the divisive conservative commentator and radio host who died February 17…. In the same Senate session, Republicans turned down Democratic efforts to include slavery and Black history in a bill requiring public schools to teach the Holocaust and other genocides; they also rejected another attempt at a Black History Month resolution after passing on a similar effort last month.

Another example: stripping crucial public health funding for lead pipe replacement from the state budget because too much money was targeted for Milwaukee where the largest number of lead pipes in the state serve a majority city population of color. Perhaps Born could have a section of that toxic piping added to the temporary display in a Capitol hallway he said adequately represents African-American history in Wisconsin. Born made this statement after joining Republicans in rejecting a $169,000 increase in funding over the next two years for the Black Historical Society/Museum in Milwaukee. As the Capitol Times reported:

…he referenced the Capitol exhibit: “I think if you want to look at just Black history, you can stop by third floor East (wing) and see a Black history display that’s in the case there….”

Committee member and Sen. LaTonya Johnson (D-Milwaukee) exclaimed, “oh my God,” and went on to call Born’s comments racist, the story reported, while Sen. Jon Erpenbach, another Democrat on the committee, said that “comparing a couple of bulletin boards to $160,000 for an investment into the Black Historical Society” was “very dismissive.”

When he first ran for office, Born told a reporter that growing up in Beaver Dam has framed his life’s philosophies and interests.

Which included active participation in the local historical society:

Outside of his job, Born is involved in many community groups including the Dodge County Historical Society, where he is vice-president, Beaver Dam Lake Improvement Association, Elk’s Lodge 1540, Leadership Beaver Dam and St. John’s Lutheran Church.

If Born is such a devotee of local history, has he ever seen and given any thought to the meaning and message on this noteworthy plaque in his hometown erected in 2000, and how it might guide his behavior as an influential state official? The plaque honors Frederick Douglas with this declaration:

Frederick Douglass was a former runaway slave who was a leading orator and author of the abolitionist movement. He is regarded as one of the most influential Americans of the nineteenth century. On October 20, 1856, Douglass came to Beaver Dam and spoke to a large audience about the brutality and immorality of slavery. His speech was also intended to generate support for the abolitionist movement in Dodge County and Wisconsin.

Or is that just something else for Born to denigrate?