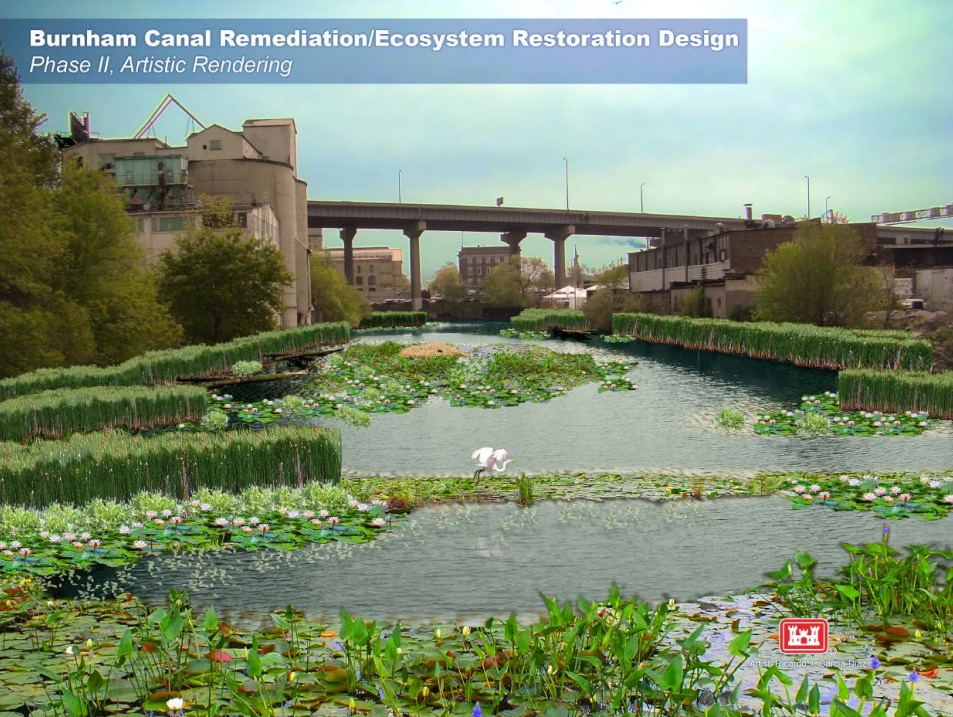 The Menomonee Valley will soon look a little bit more like it did when Milwaukee was founded in 1846.

The 1,200-acre marsh was filled repeatedly as the city grew and a series of canals were created as the area became the industrial heart of the city.

Now the southernmost of those canals, the Burnham Canal, will be partially filled and restored to a natural wetland. Its part of a larger partnership to remove the Milwaukee Estuary Area of Concern designation that covers Milwaukee’s harbor and river system.

Once a shipping corridor, the 17-foot-deep canal ceased to be a navigable waterway in the 1980s when the City of Milwaukee constructed a fixed bridge across the canal. A number of industrial users still border the canal, but none leverage the waterway for transportation.

The western edge of the canal, near S. 16th St. and W. Bruce St., is heavily contaminated as a result of Miller Compressing Company (now part of Alter Trading) operating an adjacent wire reclamation furnace from the 1970s to the 1990s. According to an Environmental Protection Agency report, the sediment contains high levels of copper, lead, cadmium, nickel, silver and zinc as well as chemicals known as polycyclic aromatic hydrocarbons (PAHs).

Miller Compressing entered into an agreement with the EPA in 2008 to study cleanup options for the canal as part of the Superfund alternative approach program.

A 2011 cleanup plan called for soils to be removed and at least three feet of sediment added west of the 11th Street bridge.

But the Milwaukee Metropolitan Sewerage District joined the effort to expand the cleanup effort and public benefits.

The canal will now be filled to a much greater extent from its western terminus east to the Interstate 43/94 High Rise Bridge (approximately S. 9th St.), an approximately 3,000-foot-long stretch. The original Miller plan would have left the canal looking similar to its current state, while the MMSD plan will add a substantial amount of fill to accommodate native vegetation and a natural wildlife habitat.

Get a daily rundown of the top stories on Urban Milwaukee
The canal, according to a city easement granting MMSD space to work on the project, varies in width from 95 to 125 feet wide. The easement refers to an 1872 deed as indicating the City of Milwaukee may have an ownership interest in the canal.

The $7.93 million project is being funded by a series of grants in addition to Miller’s original multi-million dollar commitment. In 2018, the Wisconsin Department of Natural Resources secured a $4 million grant to support the effort.

Work is now moving forward on the first phase multi-step fill process, with vegetation expected to emerge in the latter half of the decade. A 2020 presentation from a stakeholder meeting (images included below), illustrates how the layers would be added over multiple years to fill the canal. In some spots the fill would entirely displace the water, while a couple feet of water would remain on other areas.

After the base sediment is added, construction would be halted for two to five years to let settling and compression to occur. The remaining fill and vegetation would be added after that point, conditioned on the availability of funding. Work on the first sediment installation is to begin this year.

The canal was created in the 1870s for J.L. Burnham & Sons, a company owned by Jonathan L. Burnham that produced Cream City brick from Menomonee Valley clay. Burnham Street is named for Jonathan’s brother George Burnham, a former business partner.

The eastern end of the canal connects with the South Menomonee Canal and ultimately the Menomonee River near the Harley-Davidson Museum at the valley’s eastern edge.

A series of other environmental remediation projects are planned as part of removing the AOC designation. The projects are expected to have a final price tag of more than $100 million and take six years to complete. A cleanup effort is already underway on the Grand Trunk site.

A public meeting on a proposed dredged material management facility is scheduled for May 18th.

Alter Trading Company, which acquired Miller in 2012, continues to operate an approximately 55-acre recycling complex at the west end of the complex. The company has drawn media attention multiple times in 2021 for fires at the site, including one the morning this article was published. 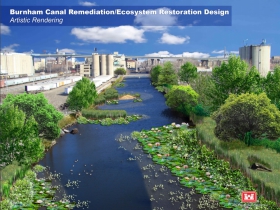 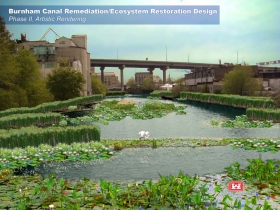 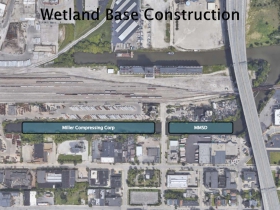 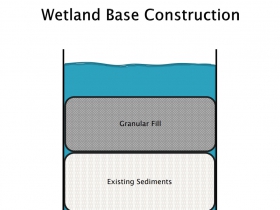 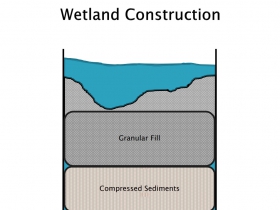 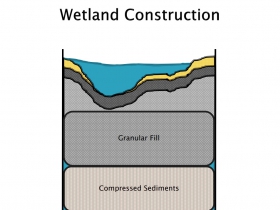 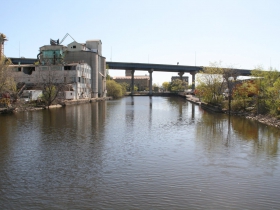 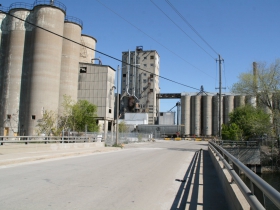 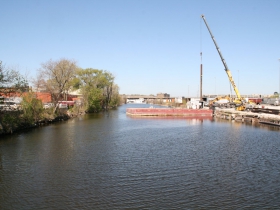 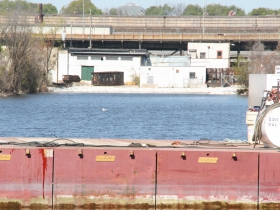 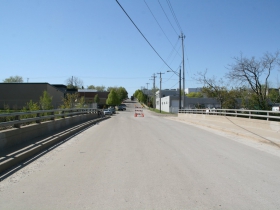 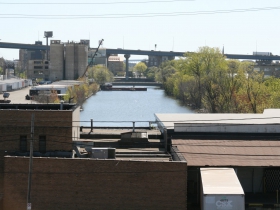