Brunch All Day Coming to Northwest Side 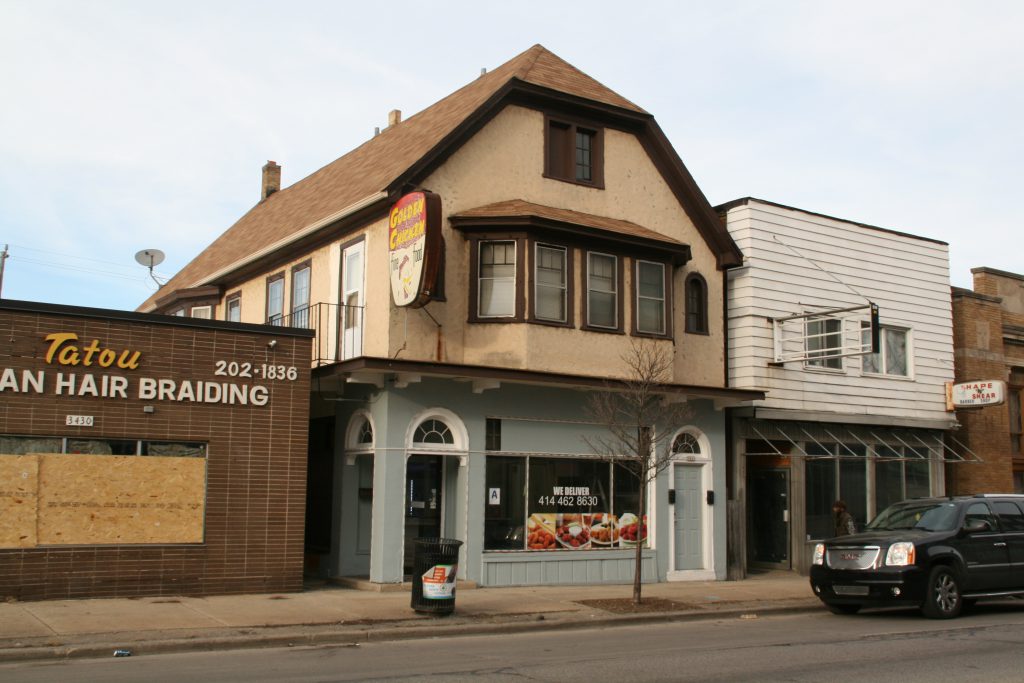 A new restaurant will open in the Old North Milwaukee neighborhood.

Traditional brunch food like chicken and waffles, breakfast sandwiches and paninis are on the future menu according to Whigham. Whigham plans to keep some items, like burgers, from the former Golden Chicken menu available, while also adding some others from Mi Casa Su Cafe.

Get a daily rundown of the top stories on Urban Milwaukee
The business hours will be from 10 a.m. to 10 p.m. from Monday to Friday and 12 p.m. to 5 p.m. from Saturday to Sunday, according to a license application pending before the Milwaukee Common Council.

Whigham said he wanted to buy the property next door until he was approached by the owner of the Golden Chicken building. He told Urban Milwaukee after remodeling the kitchen and the lobby, he is searching for a way to connect the two buildings for extra seating. He said he plans to redecorate the interior with colorful pictures of food and jazz music memorabilia.

Built in 1896, the 2,474-square-foot property is owned by Mathias and Hija Choi, according to city records. Inside the two-and-a-half-story property is one commercial unit and two residential units.