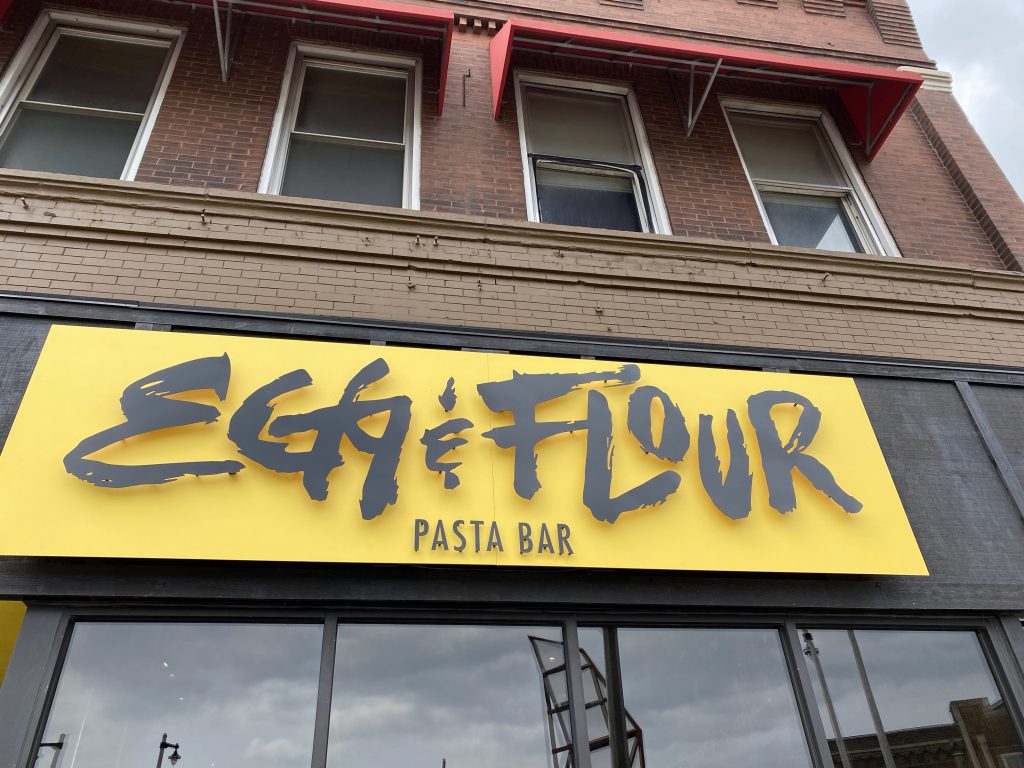 If you snag a place on Gordon Ramsay’s TV show “Hell’s Kitchen,” then open a restaurant five days after the show wraps, you can anticipate a lot of local name recognition. Even though the show wrapped in 2019, it wasn’t viewed on Milwaukee screens until 2020, ideal timing for Egg & Flour. That’s when Adam Pawlak’s bearded face became synonymous with house-made pasta at his three new Egg & Flour pasta restaurants, plus the E & F Pizzeria.

The original opened in the Crossroads Collective in May 2019, and later his pizzeria adjacent to the carryout restaurant in the Collective. In March 2020 he opened Egg & Flour on Howell, and lastly, Egg & Flour inside Metcalfe’s Market in Wauwatosa.

When you enter the restaurant on 2273 S. Howell Ave., you can’t miss the photo of Pawlak and his beard underneath his motto, Great Effing Pasta, on display over the back counter. This cozy space conveys youthful upbeat cheer with black tables and canary yellow chairs. He carried those happy colors outside with more yellow chairs and black and yellow awnings. This careful attention to design suggests that same focus will be applied to Pawlak’s pasta and his sauces.

Although this is a sit-down restaurant, it has a fast-food personality, or in current restaurant lingo, “Fast Casual.” After you order at the counter, you take a number, and when your number buzzes, the meal is ready for you to pick up. When you finish, like McDonalds, you scrape your dishes and pile them into a bin. It’s a fast efficient system that keeps costs down and keeps people moving. That doesn’t prevent customers from lingering with a beer or a glass of E & F Private Label Wine or E & F Prosecco on tap.

In each dish, Pawlak marries the appropriate sauce to these shapes. For Basil Pesto, he uses Campanelle, a perfect choice for this thick pesto that grabs and holds on tight to the curly edges of the pasta. This simple dish, topped with grated parmesan, according to my companion who is on a salt-free diet, is not at all salty.

People who are salt-sensitive might want to avoid Pappadelle with Bolognese Sauce. This came to our attention when someone at an adjacent table asked if we thought the sauce was over-salted. I respectfully disagreed; the dish needs the salt to bring out the rich meaty flavors of the Bolognese, a tasty choice for the thick al dente pasta.

For the dish labeled simply Shells, Pawlak combines shells with his E & F House Cheese Sauce, crumbled bacon, bread crumbs, and chives. The creamy sauce was thin, made with young cheddar the chef told us. Despite its shortcomings, there was a lot of it, enough to fill every shell. Chives added color but their flavor disappeared in the sauce as did the tiny bread crumbs. The bacon topping with its salty crunch was what made the dish, a delicious contrast to the light cheese sauce.

The Carbonara, made with very long strands of bucatini, was a disappointment. In the plus column, there was a lot of bacon, the parmesan added a cheesy salty flavor, and the chives added more flavor than they did in the shells. But something went wrong in the assembling of the carbonara. Instead of a sauce that clung to the bucatini, it left an almost inedible eggy puddle in the bottom of the bowl.

For an extra treat, you can add the Bread and Burrata to your order. They serve a Black Shoe Bakery Baguette with pesto, a 4 oz. ball of burrata, and a butter spread infused with whole pieces of roasted garlic, a garlic-lover’s dream. You could call that a meal along with a salad, large or small, dressed with the house Balsamic Vinaigrette. For something hearty, add a Caprese Salad with more of that creamy burrata, or, Caesar Salad with the house Parmesan Caesar Dressing.

Egg & Flour offers a rotating selection of Daily Specials including the popular Lobster Special every Friday, and if you want to add protein to a vegetarian pasta dish, there’s a giant Meatball, and Grilled or Crispy Chicken

Chef Pawlak put his heart into pasta when he took the leap and opened four restaurants in under two years. His fast-casual restaurants that offer basic pasta dishes are creative, innovative, and unique to Milwaukee, with no frills, just good affordable pasta. Milwaukee is a city filled with a plethora of diverse restaurants. Pawlak has added four more. 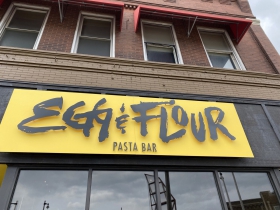 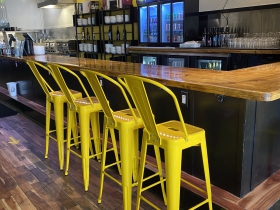 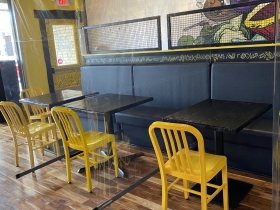 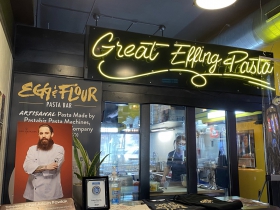 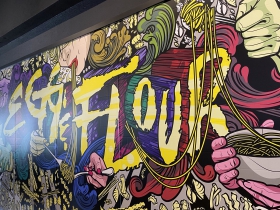 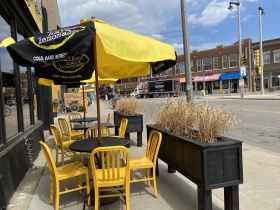 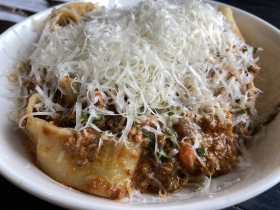 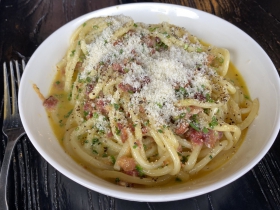 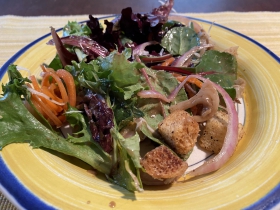 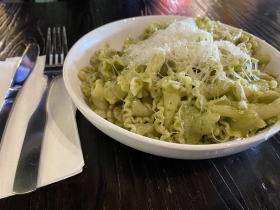 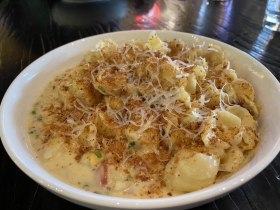 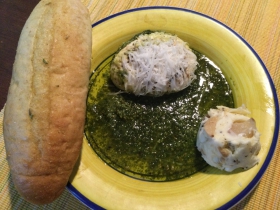