Plus: a new BBQ joint. A new wine store. And Soup Market in Public Market closing. 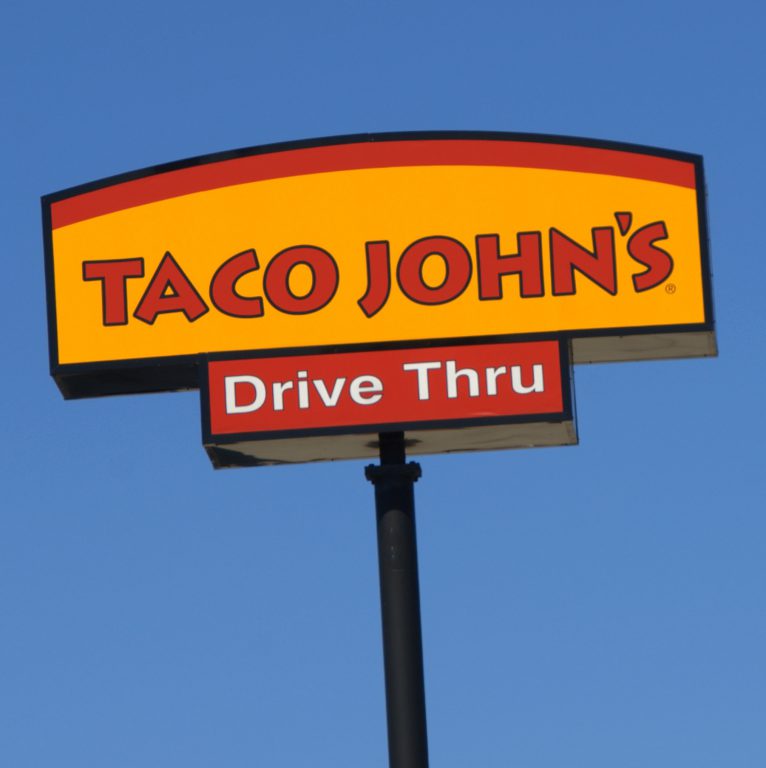 Taco John’s is coming to town. It is among two quick-service franchises that could potentially move into a vacant commercial property in West Milwaukee at the former Deutsch & Sons Company site located at 2172 Miller Park Way. Maredithe Meyer reports:

Omaha, Nebraska-based Scooter’s would operate a kiosk-style location, serving coffee drinks and breakfast foods, such as egg and cheese burritos, sandwiches and bakery items. Its footprint would be small, only about 400 to 500 square feet, and focus primarily on drive-thru service. It would be Scooter’s first cafe in the Milwaukee area and second in Wisconsin, along with a location in Madison. The company has about 300 franchise and company-owned stores across the U.S.

Cheyenne, Wyoming-based “West-Mex” chain Taco John’s plans to open a 3,200-square-foot restaurant with outdoor seating, according to site plans. The company currently has eight locations statewide, but this would be its first step into the Milwaukee market. Taco John’s has more than 400 locations in 27 states…

Project plans were discussed early this week by West Milwaukee’s Plan Commission, but no action was taken. The item will be up for review again likely in June, according to a village official. 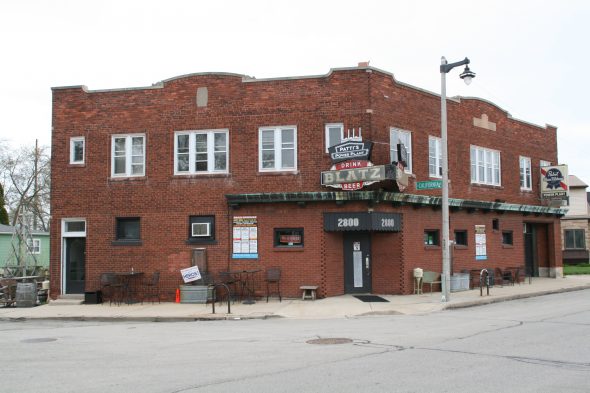 The old signs at Frank’s Power Plant, a Bay View bar located at 2800 S. Kinnickinnic Ave., have been swapped out for new signs that instead read Patti’s Power Plant — an indication that new owners and management have officially taken over. Patricia D’Acquisto purchased the tavern from Frank Wickert back in 2019. A report from OnMilwaukee at the time mentioned that D’Acquisto did not plan on changing the bar’s name, and although the bar’s social medias still read “Frank’s,” the recent signage change suggests otherwise. Patti’s Power Plant makes a nice, alliterative name, and Patty is apparently keeping up with business as usual at the bar, with bingo nights, drink specials and motorcycle events. 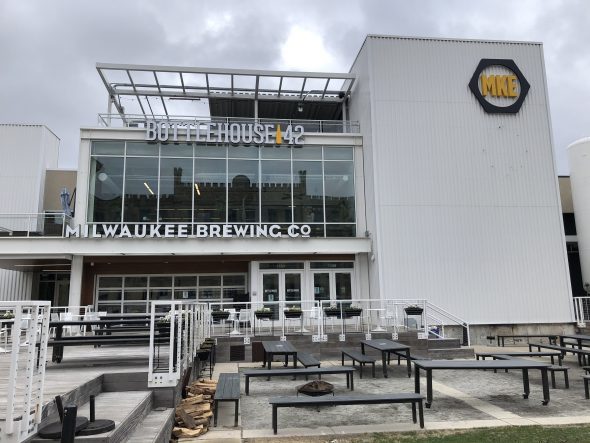 The Bottle House 42 name is – at its root – a nod to history. It’s a tribute to all the years  that its building and event space was an essential part of Pabst Brewery operations. Long known as building #42, the space was part of the Pabst bottling facility, which packaged and distributed the countless bottles of Pabst Beer that shipped out of Milwaukee on a daily basis.

Guests will also still be able to enjoy all of the aspects of the Bottle House 42 venue, including the front beer garden and the rooftop bar. All areas will be open to the public during regular operating hours. But they are also available to reserve for private parties and events accommodating 10 to 2,000 guests.

Favorite items, including the beer-basted MKE Pretzel served with beer cheese and Dusseldorf mustard ($10) will remain, along with options like the (delicious) O-G smash burger featuring two smashed beef patties, sharp American cheese and caramelized onions on a Kaiser roll ($10).

But, the Bottle House 42 menu will also feature a variety of new dishes, including a signature Friday night fish fry featuring an ultra light, crisp batter made with a combination of Tito’s Vodka and Milwaukee Brewing Co. Golden Lager ($15).

At the bar, folks can indulge in a diverse beer list which promises a minimum of 42 selections at any given time.  The restaurant will also introduce a new weekday happy hour from 4 to 6 p.m. featuring $4 craft cocktails, $5 MKE Brewing pints and house wine pours, and $6 select appetizers.

New events will include a series of open mic nights, comedy performances and beer dinners. 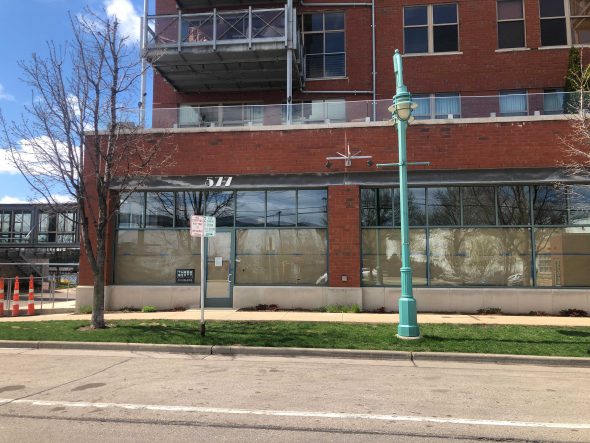 Robert Levin plans to open 2A Wine Merchants at 577 E. Erie St. Levin has 30 years of experience in the hospitality industry and said this will be his first time opening his own business…

Some well-known wine brands and some “mom and pop” brands are planned for selection. The shop will host wine tastings, and there are plans to provide catering services in the future, Levin said.

The wine tasting bar will have a museum-like design to contrast with other wine retailers. Three Sixty is designing the interior for the business.

“We want to create an environment where people are comfortable with asking questions,” said Levin…

The 3,149-square-foot space, located in the base of the Hansen’s Landing condominium complex, was previously occupied by Trinity Academy of Irish Dance. 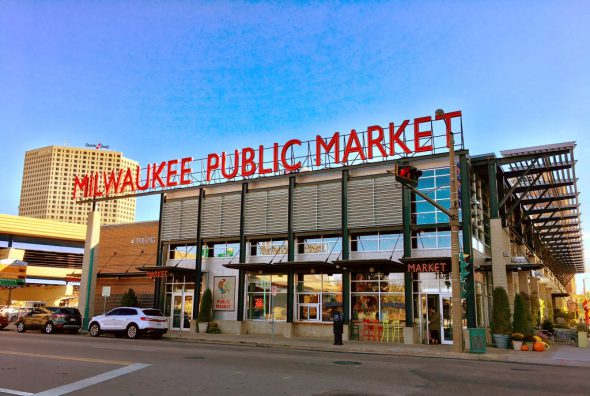 A relative of Oprah Winfrey will soon open a barbecue restaurant at the Milwaukee Public Market. The restaurant, called Pat’s Rib Place, marks the second location for the barbecue joint, with the original opening in Waukesha in 2009. Urban Milwaukee’s Jeramey Jannene reports:

The name is a tribute to (Co-owner Alisha Hayes’) mother Pat. Her Southern-style cooking is featured prominently in the food offerings. And Pat was Oprah Winfrey’s sister, which makes Oprah Alisha’s aunt. Winfrey visited the Waukesha restaurant in 2016, as WTMJ reported.

The new Third Ward location will offer smoked barbecue ribs, chicken wings, beef brisket, pulled pork, smoked pastrami, corned beef and an array of sides. The restaurant’s sauces, made in house, will also be available for purchase in to-go jars.

“In every way – from quality product to hospitable customer service – Pat’s reputation is among the best in the Milwaukee area,” said Paul Schwartz, executive director of the market and Business Improvement District #2. “We are beyond excited to welcome Pat’s to the Market, the city of Milwaukee and Third Ward neighborhood, and look forward to expanding our food culture with their mouth-watering culinary offerings for our patrons.”

While the exact location for Pat’s Rib Place at the Milwaukee Public Market hasn’t been made public, it’s safe to assume it will most likely be replacing one of the market’s long-time vendors. The Soup Market at the Milwaukee Public Market has not renewed its lease, giving customers until the end of June to get their soup fix. Carol Deptolla reports:

The vendor, one of the original businesses to open at the market in 2005, announced its upcoming departure on social media Wednesday. “I am extremely disappointed in this, but it was not up for discussion,” Soup Market owner Dave Jurena said in the Instagram post.

The Public Market on Tuesday announced that barbecue restaurant Pat’s Rib Place would open in summer at the market, a second location for the Waukesha restaurant.