Godlewski Will Run for U.S. Senate

State Treasurer is fourth Democrat to announce for seat held by Ron Johnson.

By Melanie Conklin, Wisconsin Examiner - Apr 14th, 2021 11:27 am
Get a daily rundown of the top stories on Urban Milwaukee 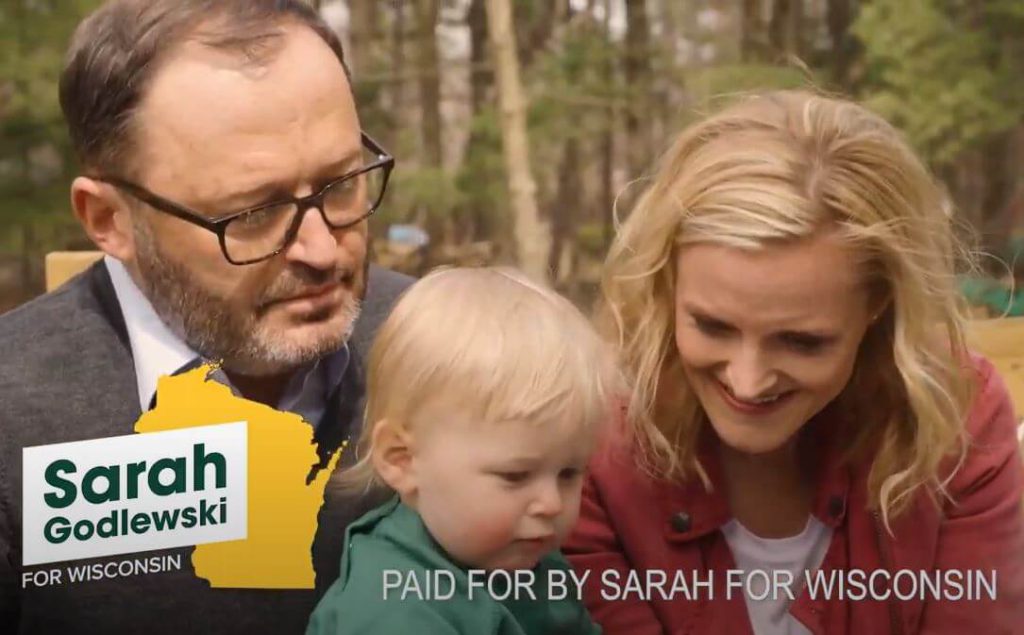 Early on Wednesday morning, State Treasurer Sarah Godlewski kicked off her race for the U.S. Senate, targeting not only the seat currently held by Republican Sen. Ron Johnson, but also the senator himself, although he has not yet said if he will run for re-election.

Johnson has waivered on whether he will seek another term, despite saying when he ran in 2016 that the term would be his last.

Godlewski’s announcement came in the form of a video that shows her giving Johnson quizzical glances from one side of a split screen as she talks about the areas where they do not see eye to eye.

The video is filled with controversial remarks made by Johnson interspersed with vignettes from Godlewski’s life growing up in Eau Claire with two sisters and her public school teacher parents. “They taught me to work hard and tell the truth,” Godlewski says. “Ron Johnson? Well the truth really isn’t his thing.” His statements about the Jan. 6 mob that attacked the U.S. Capitol are followed by Godlewski stating, “I don’t think you respect by beating and killing police officers.”

The video shows past jobs she’s held including her work to save the State Treasurer’s Office, a small business, Pizza Hut, Baker’s Square and the Pentagon. The elements of her platform, as seen in the video, include raising the minimum wage, combatting climate change, helping small business, lowering the cost of prescription drugs and criminal justice reform.

On Tuesday EMILY’s List, which supports pro-choice women candidates, announced it was putting Johnson “On Notice,” a sign interpreted by many that the group will support Godlewski, although she had not yet announced at that point.

An April 3 article in Politico described the race as already unusual: “Here’s something you don’t see every day: Democrats goading an incumbent Republican senator to run for reelection.

“It’s not only that Democrats see Sen. Ron Johnson (R-Wis.) as finally ripe for defeat after closely aligning himself with former President Donald Trump’s penchant for incendiary rhetoric. They also want to make a point that Johnson’s confrontational style is no longer a fit in his perennial swing state.”

Godlewski’s launch video is filled with images of Trump and Johnson together.