The Brewers should name their playing field to honor a great player and longtime Milwaukee hero. 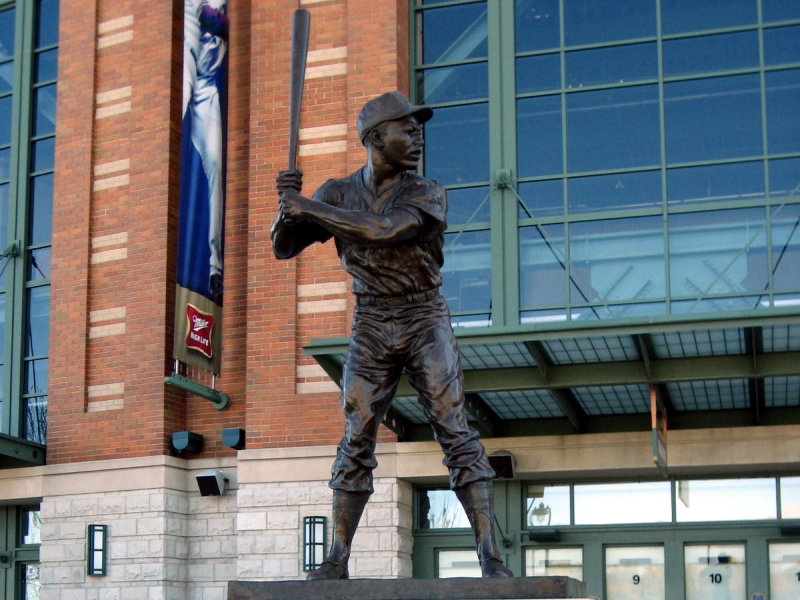 Here’s an idea and one that is long overdue: Let’s name the diamond on which the Milwaukee Brewers play baseball, “Hank Aaron Field.”

People often forget that Aaron, who died on Jan. 22, started and finished his major league career in Milwaukee. He played for the Milwaukee Braves from 1954 until he moved with the team to Atlanta in 1966. But he returned to Milwaukee to play two seasons with the Milwaukee Brewers in 1975 and 1976. In fact, he broke Babe Ruth’s RBI record as a Brewer and he hit his last home run (#755) in July 1976 at the old County Stadium. He even played his last All Star game in that same stadium wearing a Brewers uniform and, of course, he retired as a Brewer.

In fact, Aaron came out of a brief retirement to return to Milwaukee mostly to do us a favor. He didn’t need the money or the accolades, but the Brewers needed the boost. A struggling young franchise, the team set an attendance record in the first year of Aaron’s return. It was a mediocre ball club; people showed up to see Hammerin’ Hank.

Moreover, he always spoke warmly of Milwaukee and how he was treated there, even in the 1950s. Aaron put up with his share of racism throughout his career, and no doubt that included his time in Milwaukee, but he still had kind words for the city. In an interview in 2012 Aaron said, “The people here in Milwaukee and Wisconsin molded me into the person I am today. I was a young kid when I came here, unfamiliar with everything. I met so many good friends, people who were dear to my heart and taught me what life was all about, other than just baseball.”

All of which is to say that Aaron deserves more than to have his number retired (it already is) and a statue in front of the stadium (it’s already there). It would be fitting to name the field for him. That would be overwhelmingly popular with both fans and players.

It would be even better to name the whole stadium after him, but the days of naming stadiums to honor people who deserve it have given way to the days of auctioning off naming rights to the highest bidder.

In a travesty, Miller Park has now been renamed American Family Field. Miller beer, of course, has a strong connection to Milwaukee, but AmFam is a Madison company. What’s next? Tofu hot dogs? Substitute “Varsity” for “Take Me Out To The Ballgame” during the seventh inning stretch? I’m a Madisonian and I love American Family as a corporate citizen of ours, but this is just wrong.

But I digress. There would have to be a few dollars spent on changing logos, signage and whatnot as it would have to be something like “Hank Aaron Field at American Family Stadium.” That’s a detail and the owners could recoup even these relative nickels and dimes by charging more for beer and parking, as they certainly will anyway, the money sucking leeches!

But again I digress. Henry Aaron was perhaps the finest all around ballplayer ever, he was a gentleman, and he had a warm spot in his heart for Milwaukee and Wisconsin. He deserves the honor of having the Brewers’ field named for him and, as fans, we would honor ourselves by insisting on it.

This op-ed was originally published by the Isthmus.