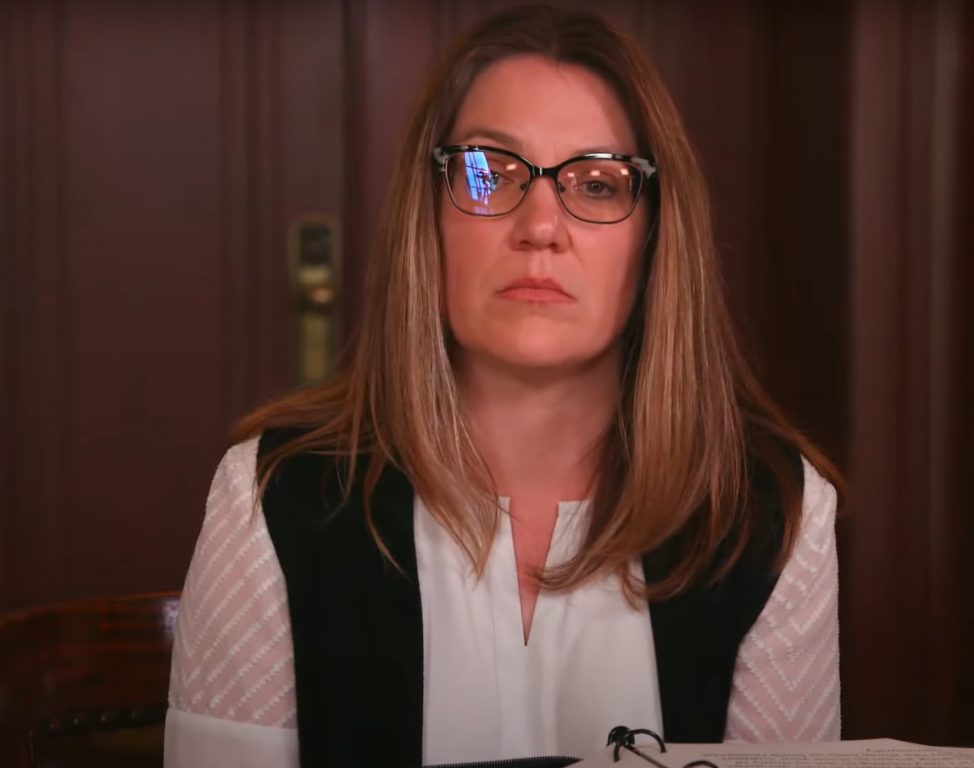 In January 2019, newly elected Gov. Tony Evers scored a coup with his appointment to head the Wisconsin Department of Health Services: Andrea Palm.

Palm had served as a key member of President Barack Obama‘s administration, as senior counselor to the secretary of the U.S. Department of Health and Human Services from 2014 until 2017, overseeing the operational agenda for the public health and human services agencies with more than 60,000 employees. She was also a senior adviser to the White House Domestic Policy Council during implementation of the Affordable Care Act. Before this, she had worked five years as a health policy adviser to then-Sen. Hillary Clinton.

But that wasn’t good enough for the Republican-dominated Wisconsin State Senate, which delayed the approval of her nomination for two years. “It just boggles my mind how some really quality people are just left hanging like this,” Evers complained in December 2020 of the endless delay by the Senate, which refused to approve the appointment of Palm and two other cabinet secretaries.

Scott Fitzgerald, now a congressman, who served as as Senate Majority Leader until this year, had warned that some Evers appointees wouldn’t be approved, but the reasons offered were vague at best. “There are still concerns with some” was his non-explanatory explanation. There was grumbling from some Republicans and anti-abortion groups about Palm’s hiring of Nicole Safar, who previously worked at Planned Parenthood of Wisconsin, to fill the agency’s No. 3 position. (Safer resigned her post in mid-2020.)

But the real reason, some observers speculated, was to leave key Evers appointees worried the Senate might vote against approval should they champion policies that angered the Republicans. That’s what happened to Evers’ Agriculture Secretary Brad Pfaff, who was removed from the position by the Senate on a party line vote against his appointment in November 2019 after Pfaff dared to make pointed comments disagreeing with Republicans on farm policy. There could be future firings through non-approval of cabinet members, Fitzgerald warned.

Surprisingly, Republicans didn’t do the same to Palm even after she headed up Evers’ response to the COVID-19 pandemic, as the administration imposed a stay-at-home order and a mask mandate. Of course, that would have been difficult to do because Fitzgerald shut down the Senate not long after the pandemic began, in April 2020, during a period he was running for Congress. The Senate didn’t reconvene until January 2021, nine months later. Instead, Republican leaders supported lawsuits that successfully overturned Palm’s stay-at-home order and recently threw out Evers mask mandate.

Meanwhile Republican blasted the Evers administration for a slow start on the state’s vaccine program. The criticism continued after Palm was selected by Biden as his deputy health secretary with Republican state Sen. Duey Stroebel offering this salvo on Facebook: “It is unfortunate that the cabinet official in charge of Governor Tony Evers’ disastrous covid-19 vaccine rollout … is exporting her incompetence to the Biden administration.”

Get a daily rundown of the top stories on Urban Milwaukee
But by then the state vaccine program had turned a corner and was making progress. By late March, Wisconsin led the nation, dispersing 88% of its federal allotment of vaccines, a higher pecentage than any other state in the nation. Wisconsin, as the Washington Post reported yesterday, “maintains one of the fastest rates of vaccination, having administered 90 percent of doses delivered as of Saturday. It has found success especially in convincing residents to complete the two-dose series recommended for shots developed by Pfizer-BioNTech and Moderna. And it has not seen the kind of disparities between urban and rural communities plaguing other states.”

The story suggested the plan Palm created led to Wisconsin’s success. “Interviews with state and county officials, medical providers and other health-care leaders suggest the more meticulous measures governing the parceling out of vaccine — and put into place under Palm’s leadership — caused initial delays but are now bearing fruit. The state adhered more rigidly than did others to a tiering system that steered shots to the most vulnerable. This caused frustration as other states threw open the floodgates, but now 63 percent of people 65 and older are fully vaccinated, compared to 55 percent nationwide.”

Wisconsin’s approach of using many different private and public health care providers — rather than a few mega clinics — created some initial confusion but ultimately led to more options for those seeking to get vaccinated, a system where “there’s no wrong door for vaccine,” as state officials put it.

This has also made Wisconsin “well-prepared for the next phase of its immunization campaign, as the challenge of insufficient supply gives way to issues of access and vaccine hesitancy, said Jonathan Temte, associate dean for public health and community engagement at the University of Wisconsin School of Medicine and Public Health. That’s because a robust network of small and midsized providers allows tailored outreach to vulnerable or resistant groups,” the story noted.

And Palm was a key leader in this success, which led the “executives of five large employers in Wisconsin, including the health software company Epic,” to back her confirmation as Biden’s deputy health secretary in an April 1 letter to Congressional leaders saying she partnered effectively with the private sector and “led with facts, strength, and transparency,” the story reported.

Bill Corr, who served as HHS deputy secretary in the Obama administration, told the Post that Palm’s experience with Wisconsin’s GOP-led Legislature shows she can navigate tough policy fights: “The fact that she’s had so much opposition, and she’s still managed to organize and deliver so much in Wisconsin says legions about her leadership ability and addressing the public’s needs, and not getting caught in the political games” he said.

But Fitzgerald and his fellow Wisconsin Republican Tom Tiffany have continued the criticism of Palm, releasing a joint statement advising the U.S. Senate not to approve her appointment. The quote from Fitzgerald let us know Palm was only the “Secretary-designee” of the state health department and charged that her tenure “was defined by missteps and misjudgments that led to an ineffective response to the COVID-19 pandemic in Wisconsin. If Ms. Palm’s work in Wisconsin is any indicator of how she will lead in our nation’s top health department, then the public should be seriously concerned.”

Evers offered a very different take after she was chosen by Biden. “Andrea Palm is a public servant through and through,” he said. “She’s been a critical part of our administration and a consummate professional who has done an extraordinary job helping lead our state during an unprecedented public health crisis.”

All accomplished with no cooperation from Republican legislators.