By Laurel White, Wisconsin Public Radio - Jan 14th, 2021 06:07 pm
Get a daily rundown of the top stories on Urban Milwaukee 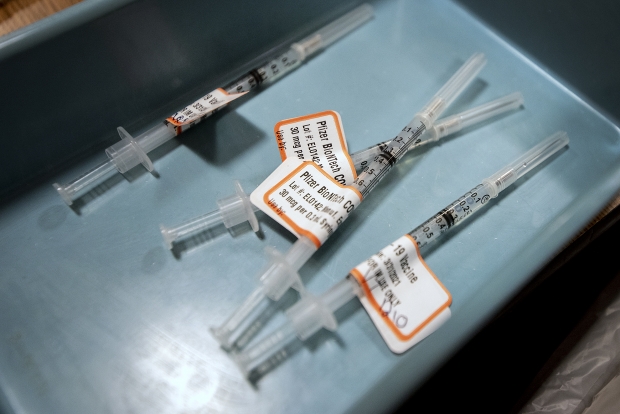 Republican state lawmakers criticized Gov. Tony Evers’ administration on Thursday for the rollout of the COVID-19 vaccine in Wisconsin, saying projections for when the vaccine will be available to the general public are unacceptable.

The Assembly health committee held a lengthy public hearing on vaccine rollout, taking testimony from state and local health officials, medical experts and health care groups. The hearing followed weeks of sharp criticism from the GOP majority over how the Evers administration has handled vaccine distribution.

The administration says its best estimate for vaccine eligibility for the general public is late spring or early summer, but that guess hinges on things like the federal government’s distribution pipeline and the potential approval of additional vaccines.

“We’ve known that these vaccines were coming, and we’ve known that this process needed to be put into place for several months now, and for us to wait until July to be able to get to the general public … that’s not fast enough,” he said.

According to the state Department of Health Services (DHS), roughly 176,000 people have been vaccinated for COVID-19 in Wisconsin. According to federal statistics, which lags state data, Wisconsin’s vaccination rate is about 2.6 percent. The federal statistics show neighboring states of Minnesota, Michigan and Illinois have vaccination rates of 3.2, 3.3 and 3.2 percent, respectively.

While Republican lawmakers on the committee blamed Wisconsin’s comparative lag on the state’s process for identifying who is eligible to receive the vaccine, as well as the distribution pipeline for getting vaccines to providers, a representative for the Evers administration argued the biggest challenge has been an insufficient supply of vaccines from the federal government.

“We are not receiving enough (vaccines) right now to keep up with demand,” said Lisa Olson, assistant deputy secretary at DHS, during committee testimony. “We have the vaccinators, we have the system in place — what we need is more vaccine.”

In a statement issued Monday, Evers called for a larger share of the nation’s vaccine supply.

The federal government recently announced a plan to release more doses to states, ending a policy of holding back medicine in reserve intended to be second doses for people who have already received their first inoculation. It will also release doses based on a state’s population of older adults, rather than its total population.

However, Sanfelippo pointed out state statistics show fewer than half of the vaccine doses shipped to Wisconsin have been administered.

Olson said some of those doses are still in transit. She said the Moderna vaccine, which has less cumbersome storage requirements, may be shipped directly to providers. The Pfizer vaccine, which must be stored in extremely cold environments, goes to state distribution centers first.

Dr. John Raymond, president of the Medical College of Wisconsin, noted Wisconsin received a large share of the Pfizer vaccine in the early weeks of vaccine availability, complicating the distribution process. He urged lawmakers to call for more doses of the Moderna vaccine.

“Get the less fragile vaccines to our state and get (others) approved by the federal government as soon as possible,” Raymond said.

Johnson & Johnson on Thursday released promising information about a single-dose vaccine that can be stored at less challenging temperatures than the Pfizer vaccine.

Raymond also urged lawmakers not to be too concerned by the roughly 1 percent vaccination administration difference between Wisconsin and other Midwestern states.

“We’re not that far off the national average,” he said. “From a public health perspective, there’s no difference.”

GOP lawmakers also criticized the state process for determining who is eligible to receive the vaccine.

“The process that is in place seems to be overly bureaucratic and cumbersome,” Sanfelippo said. “We’re just not flexible enough in our administration of this plan.”

Eric Borgerding, president and CEO of Wisconsin Hospital Association, also raised some concerns with the state process during his testimony. He said providers in some parts of Wisconsin are ready to move on from people in the first vaccine priority group, but are unable to do so.

“We’ve been advocating for more flexibility so that parts of the state that are ready to go … can move forward and do that as quickly as possible,” he said.

Under current state guidelines, people in group 1a — frontline health care workers and nursing and assisted living facility residents — are eligible to receive the vaccine. The state announced plans earlier this week to add police and fire personnel to the eligibility list next week.

It’s unclear who will be in the state’s 1b group, though it is likely to include people 70 and older and “non–health care frontline essential workers,” like teachers. A final determination will be made by DHS when the public comment period, which began on Wednesday, ends at 4 p.m. this upcoming Monday.

Local Health Official: ‘The Pressure Is On’

Olson said the state believes it’s important that the process for determining vaccine eligibility happens in public view. She also argued prioritization is necessary because demand is outstripping supply.

According to Darren Rausch, director of the Greenfield Health Department in Milwaukee County, some local health departments have received 100 percent of their requested vaccine doses so far, while others have not.

“We know that limitation is there,” Rausch said.

Of the roughly 1,000 eligible group 1a residents of Greenfield, Rausch says his department has vaccinated about 200. He said his department has received all the vaccine doses it has requested so far, but it plans to increase dose requests in the coming weeks. He said he didn’t want to request too many doses early on, because he was confident about office procedures and staffing levels.

Rausch said he has been thinking of ramping up vaccine administration in terms of “walk, jog, run.”

“It’s always easy to be critical, but we are getting what we need,” he said. “It’s just everything is hyper challenging and the pressure is on.”