Plus: Bucks get permission to continue to use Park East land for parking for two more years. 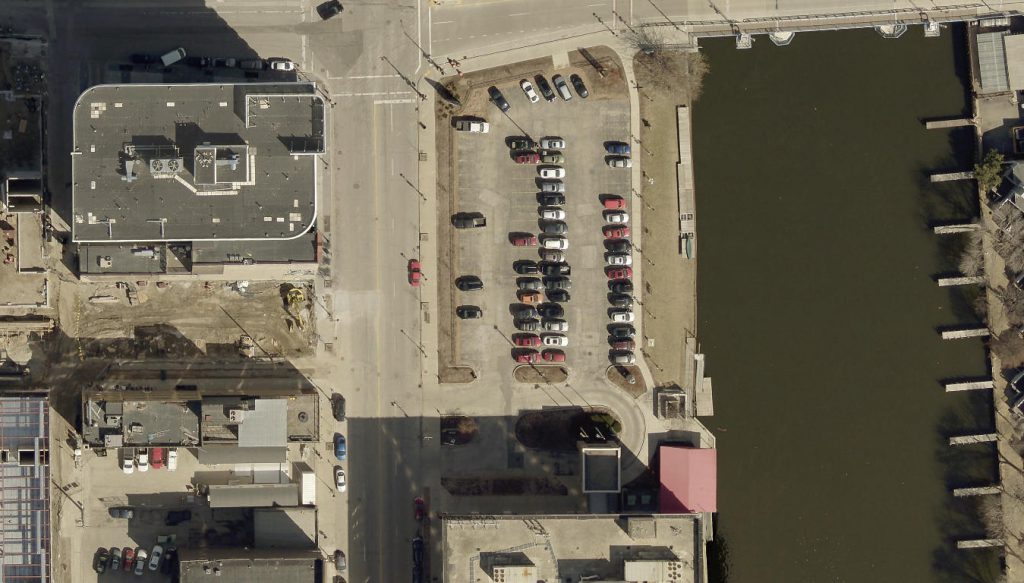 Board members of the Redevelopment Authority of the City of Milwaukee want to see a privately-owned riverfront parking lot redeveloped.

The 1.1-acre lot, owned by The Parking REIT, is zoned for redevelopment and as such requires a special permit to use the site exclusively for parking. Located at 1124 N. Old World Third St., the lot has 75 stalls according to assessor’s office records.

“There are no plans at this point for redevelopment of the property,” said RACM assistant executive director Dave Misky on Thursday afternoon. “They want to continue to use it for parking until a development proposal comes forward.”

“There are a lot of people keeping a close eye on how the property behaves,” said Misky, noting neighbors and Alderman Robert Bauman want to see the property clean and landscaping maintained.

Misky said the company owns approximately six lots downtown. “They are all in redevelopment areas to be honest,” said the RACM assistant director. One is a recently reconfigured lot behind the Bradley Symphony Center.

“My concern is that five years will elapse again and we will have a parking lot again instead of development,” said RACM board member and Council President Cavalier Johnson. The lot occupies the southeast corner of the intersection of W. Juneau Ave. and the soon-to-be-renamed N. Old World Third St. The Milwaukee RiverWalk runs along its eastern side.

“This is in an attractive site, you’re absolutely right,” said Misky. But he noted he wasn’t sure what leverage the city had.

But the board came up with some leverage.

Get a daily rundown of the top stories on Urban Milwaukee
The REIT will be required to come back before the RACM board next month and present its plans to improve the landscaping around the site and discuss future plans.

“I think the answer to this in terms of leverage is going to be market-driven,” said board member Bill Schwartz, a real estate developer. He said simply rejecting the parking permit without a development plan in hand could negatively impact the office building to the south whose tenants lease spaces in the lot.

The separately owned building to the south, known as Riverfront Plaza, is a six-story office building with multiple first-floor restaurant and bar tenants It has no on-site parking. Current or recent tenants include Whitetail MKE, Cantina and Ale Asylum Riverhouse.

The board held the variance, pending the REIT’s future appearance.

Bucks Also Get Parking Special Use 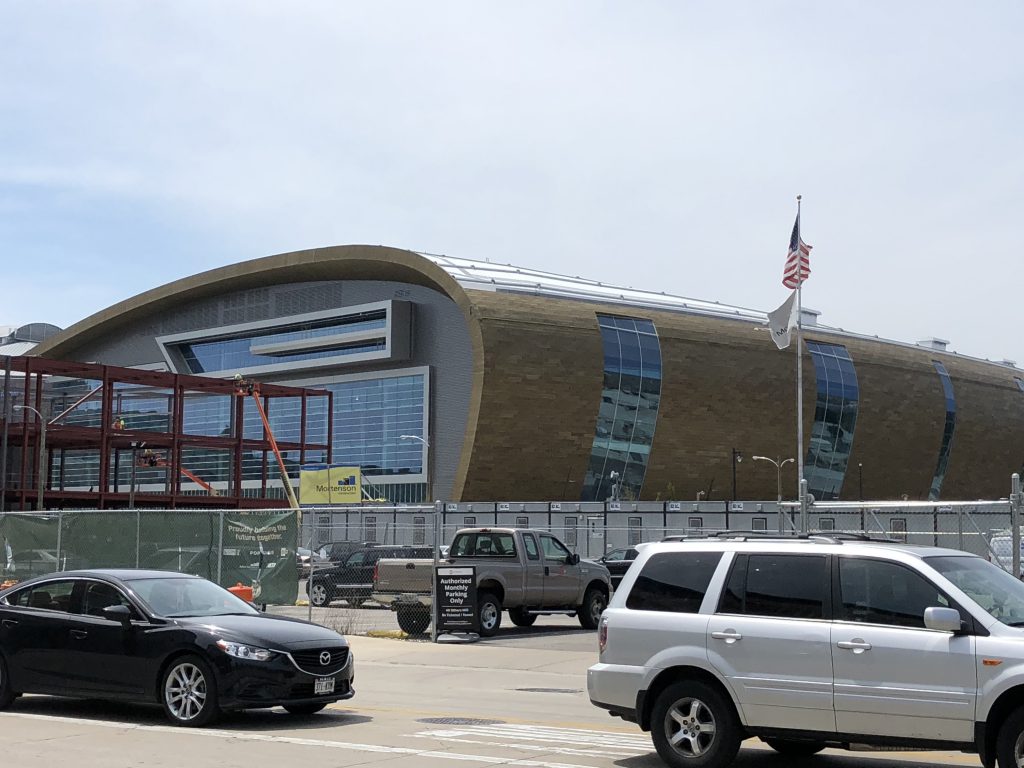 The Milwaukee Bucks secured permission also to continue to use vacant land in the nearby Park East corridor as temporary surface parking for up to two more years.

The initial 2015 agreement gave the team permission to use a lot in the corridor for surface parking for two years after Fiserv Forum‘s completion. Surface parking is an otherwise-prohibited use under the Park East Redevelopment Plan that governs the former freeway corridor.

The team has maintained a parking lot on the west side of N. Old World Third St. between W. McKinley Ave. and W. Juneau Ave. The west side of the block, along N. Vel R. Phillips Ave., was used for construction office trailers.

Some of those construction trailers could be coming back later this year. The team, with North Central Group, is pursuing the development of a nine-story hotel just west of the parking lot.

And unlike the REIT case, the city has plenty of leverage to keep that development moving.

The Bucks real estate affiliate, Deer District LLC, acquired the county-owned land for $1 as part of the stadium financing deal. That agreement gave the team until 2026 to develop the parcels or risk Milwaukee County invoking a clawback provision to reacquire the land.

The city, through RACM, maintains ownership of the former Sydney HIH building site at 300 W. Juneau Ave. and allows the team to merge the lot with its former freeway land to form the parking lot and construction staging site.

“This seems like an awfully long time to have this frankly ugly spot in the middle of everything,” said RACM board member Kathryn West. She asked if the city could force landscaping to be added.

“They might not be utilizing it for the full two years,” said Department of City Development real estate attorney Mary Schanning. “So basically the thought process was that the cost to beautify this wasn’t worth if they’re redeveloping it.”

West was the lone commissioner to vote against allowing the extension.

The team cannot lease spaces in the lot to the public as part of the deal.