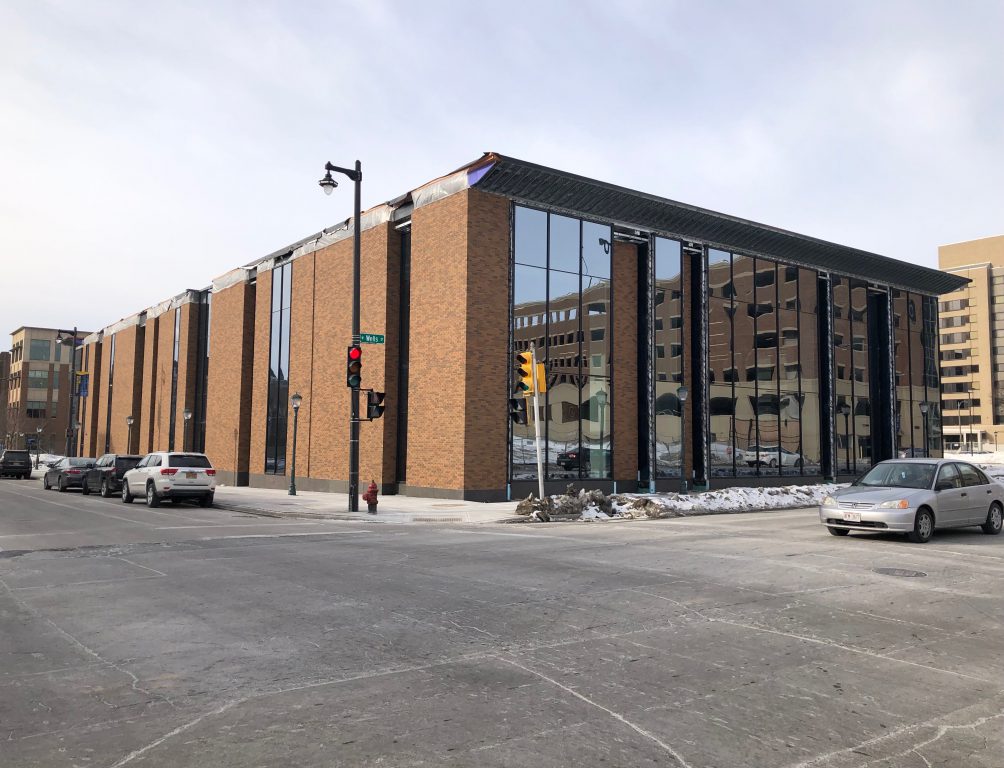 No one knows the exact numbers, but staff have been cut at Marquette University in the last week or so, mostly from liberal arts programs like history, English, languages, literature, culture and philosophy, according to sources at the university.

A March 9 tweet by the Marquette Academic Workers Union (MAWU) said this: “We are collecting more information, but for now we know that there have been firings/massive reductions in teaching (moved from VAP to per class PT) in English, History, and Philosophy”

Laura Matthew, associate professor of history at Marquette, told Urban Milwaukee the cuts included “a physical therapist who was our liaison to the Ignace Indian Health Center and taught a course in Culture and Disability” along with “a large chunk of the Advising staff.” She estimated that “30% of the Office of International Education” was laid off, “including the complete elimination of its leadership in which Marquette had invested for 13 years.”

The Marquette administration did not respond to requests for comment as of publication. As Urban Milwaukee previously reported, MU had laid off 39 staff, but the administration noted that none were faculty or staff involved in instructional or research work.

But the cuts now appear to be aimed at instructional staff and non-tenured professors. Sources say the university is not renewing year-to-year contracts of non-tenured, part-time and visiting professors. Many visiting professors have been “visiting” Marquette for five, 10 or more years, and are important part of the instructional staff. But the precise number of staff cuts is not known because cuts are coming from individual departments, and no master list has been published.

Get a daily rundown of the top stories on Urban Milwaukee
“Administrators have continually used this as a tenured track, non-tenured track faculty issue,” says Sergio M. González, professor of Latinx Studies and member of the executive committee of AAUP. “Because tenured track faculty didn’t want to lose any positions within their ranks, the institution was forced to fire non-tenured, non-renewed. It is a divide-and-conquer strategy as old as anti-labor politics are in this country.”

The Marquette administration contends it must shrink the size of the university due to decreasing birthrates and enrollment. But some believe the university has decided it must realign instruction with more emphasis on technical oriented instruction in order to draw more students, as Urban Milwaukee has reported.

Matthew contends that similar universities have been able to maintain their student enrollment by reaching out to overlooked minorities and lower income students. But the administration, she says, believes that giving deep discounts to needy students is unsustainable given Marquette’s financial situation. Matthew questions Marquette’s commitment to Latino and Black communities and its commitment to becoming a more diverse university.

But Gerry Canavan, English professor and secretary-treasurer of AAUP, notes the cuts are intended to save money. “They are increasing class sizes; they are increasing loads,” he says. Which means they can save money by teaching more students with less instructors.

Why the need to cut costs? Some have pointed to over-expansion by the university, which has spent liberally on capital projects, as a previous story published by Urban Milwaukee reported.

But González insists that financial considerations are not the main driver of staff cuts and that it’s really about realigning the university. While MU is making cuts in the liberal arts, plans continue to expand business, nursing and other technical fields in order to draw additional students.

Meanwhile, billions of dollars will be coming for universities and students from the COVID relief bill. Members of Marquette faculty believe the staff cuts are premature, and this additional money gives the university more time to make better plans for the future. Cleary, the administration disagrees.

(Urban Milwaukee will update this story if it hears from the Marquette administration.)