Governor's budget would require every local government in state to create a plan. 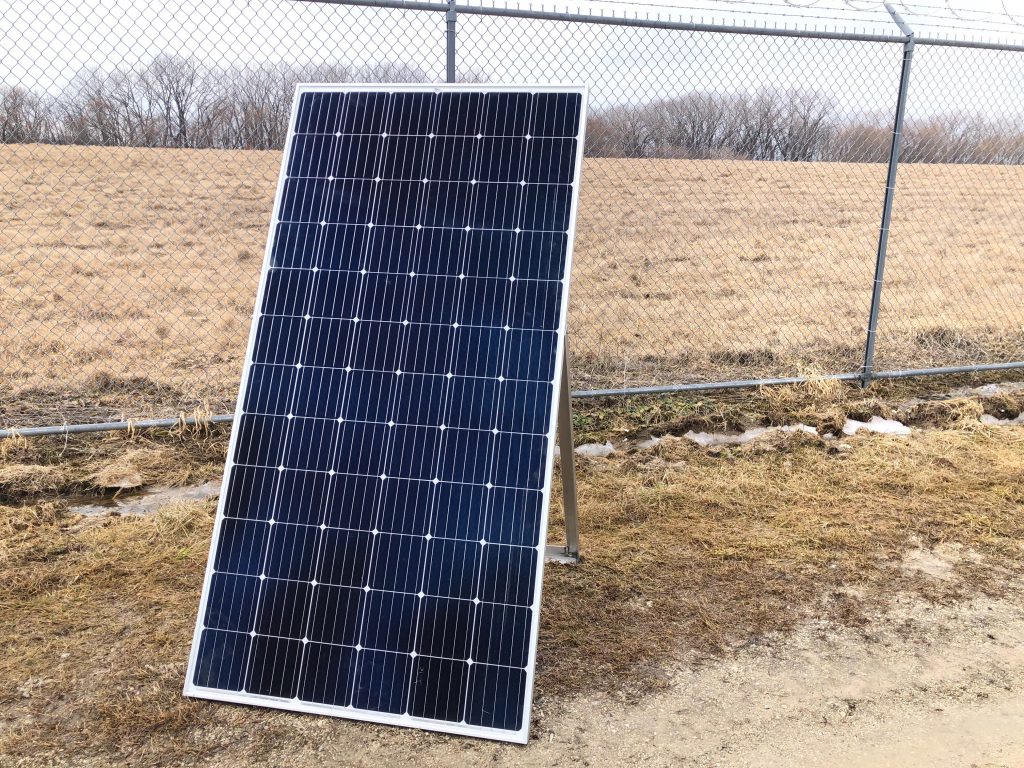 Solar panel displayed at 1600 E. College Ave. as part of an announcement of a plan for a 7,000 solar panel array. Photo by Jeramey Jannene.

Democratic Gov. Tony Evers wants every local government in Wisconsin – ranging from Milwaukee (population 594,548) to the Village of Lowell (population 253) in Dodge County – to develop a climate change response. The official summary of Evers’ 2021-23 state budget describes that mandate this way:

The mandate may not become law. Republican legislative leaders last week vowed to ignore much of the new spending, programs and mandates proposed by Evers and pass a much different budget. There is also disagreement between leaders of local governments. The League of Wisconsin Municipalities, which represents cities and villages, supports Evers’ proposal; the Wisconsin Towns Association does not.

In his budget address, Evers said every Wisconsin resident “has experienced the effects of climate change” and “increased flooding caused in large part by climate change, has cost Wisconsin communities, businesses, farmers, and families millions of dollars.”

Curt Witynski, deputy director of the League of Wisconsin Municipalities, said, “Cities and villages are adapting and adjusting to climate change, and more than a few are engaging in climate change planning. They must.”

Those changes include “adjusting the standards by which they construct culverts, stormwater facilities, and other infrastructure to handle more frequent and more intense rainstorms,” Witynski said. “It’s not only Madison and Milwaukee who are doing so… Cross Plains and other small communities in the southwest that have faced substantial flooding in recent years are making adjustments to their land use plans, wastewater systems, and infrastructure standards.”

But Michael Koles, executive director of the Wisconsin Towns Association that represents the smallest local governments, said it opposes a statewide order to help mitigate climate change. “For some municipalities it is a wise choice to proactively discuss and craft response plans for the potential impacts of climate change [but] we also feel that engaging in this exercise should be the choice of the town and not mandated by the state,” Koles said.

“A more appropriate role for the state would be to provide education, including how a plan for an urban town with significant stormwater infrastructure differs from a town with a few hundred people and a couple of problem culverts that could be overwhelmed during an uncharacteristic storm event,” Koles added.

Erick Shambarger, director of Milwaukee’s Environmental Sustainability programs, praised Evers “for taking climate change seriously” because “It will affect every municipality and county.”

Milwaukee and Mayor Tom Barrett “have been very proactive in understanding that local governments will feel the effects of climate change” and must reduce carbon emissions and adapt to changes “already under way,” Shambarger added. He works with an “emerging coalition” of local governments that includes Dane and Milwaukee counties and the cities of Racine, Eau Claire, Green Bay and La Crosse.

Milwaukee is “installing solar energy on city facilities, [has] energy efficiency programs, and a green infrastructure plan,” he added.

“We are doing a lot, but we also have more work to do,” Rhodes-Conway said. 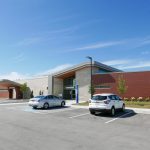 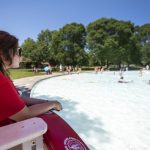