Statue would be erected at state Capitol, the first person of color so honored. 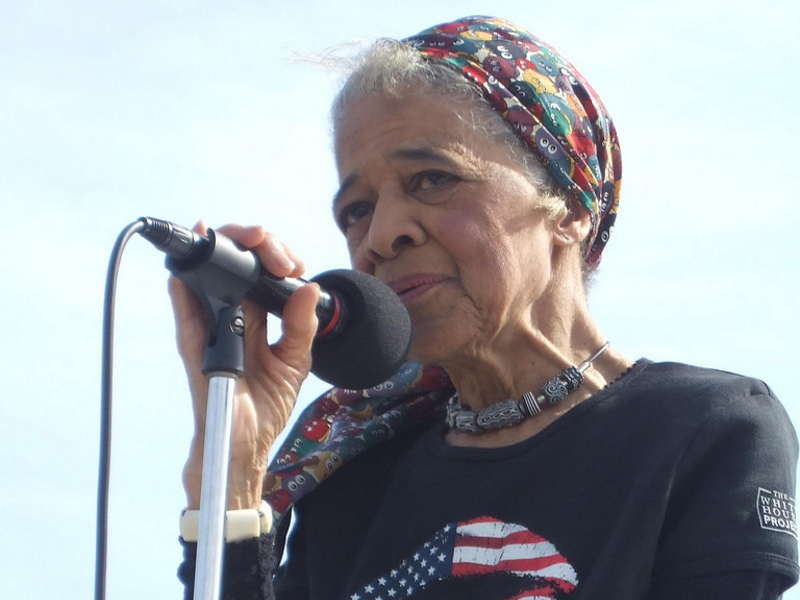 A group of elected officials and civic and business leaders are fundraising to erect a bronze statue of the late Vel R. Phillips at the state Capitol, and for an endowment in her name.

Once erected, it will be the first statue representing a person of color at the state Capitol.

February 18th is the birthday of Vel Phillips. Her son, Michael D. Phillips was at a press conference Thursday morning announcing the statue and the fundraising. He said his mother is a symbol to everyone that, “You can dream a big dream and you can make that dream real.”

Her statue can be a symbol, he said, that propels forward “the idea that we can work together to solve the problems that face us today and face us going forward.”

Millie Coby, Vel Phillips goddaughter, said Phillips used to say “there’s much work to be done and there’s so many young people out there that need to know that opportunity is for all people, not just for me.” Phillips famously broke through many professional barriers for Black people and women. Coby said her godmother wanted young people to know “when they see something that’s never been done before, that they can do it.”

Michael Johnson, president and CEO of the Boys & Girls Club of Dane County, which is organizing the statue effort, said the idea for the statue came out of the civil unrest that occurred in Madison and across the country this summer following the killing of George Floyd by Minneapolis Police Officers.

Johnson said he had “about a dozen young people coming up to me at the state Capitol saying there’s no representation of people of color at the Capitol.” He said he immediately started reaching out to civic and community leaders in Madison and Milwaukee about the possibility of a statue of Phillips. The task force grew out of those conversations.

Mayor Tom Barrett said members of the task force, of which he and Ald. Milele A. Coggs are members, held the press conference to ask for the public’s support. “Following the marches of this past year, recognizing and memorializing the efforts of Mrs. Phillips feels especially important and very timely,” he said.

The statue proposal has been heard by the state Department of Administration’s State Capitol and Executive Residence Board, which will need to approve it. Dave Endres, an attorney with American Family Insurance and member of the task force, said the proposal was well received, but the board did not vote on it yet.

Johnson said it will cost approximately $250,000 to erect the statue and any money raised beyond that amount will be used for the endowment. The proceeds from the planned endowment will be used to fund the education of students that are in need of financial support. The Boys and Girls Club has set up an online fundraising page. Donations can be made by following this link.