The weekly activity level report shows that only five of the state’s 72 counties have growing COVID-19 spreads. Vilas County has the highest case burden in the state with 757 cases per 100,000 residents, a level below where every county in the state was two months ago.

The Wisconsin Hospital Association reported that 637 people were actively hospitalized with a confirmed case of the disease, a decrease of 20 from a day prior and 97 from a week ago. Thirty days ago the total was 1,122.

The state reported 94 people were newly hospitalized in the past 24 hours in its daily data release. A total of 24,554 people have required hospitalization since the outbreak began, 578 in the past week.

DHS reported 14 new deaths. A total of 5,951 Wisconsin residents have died as a result of the virus, including 1,151 in Milwaukee County. 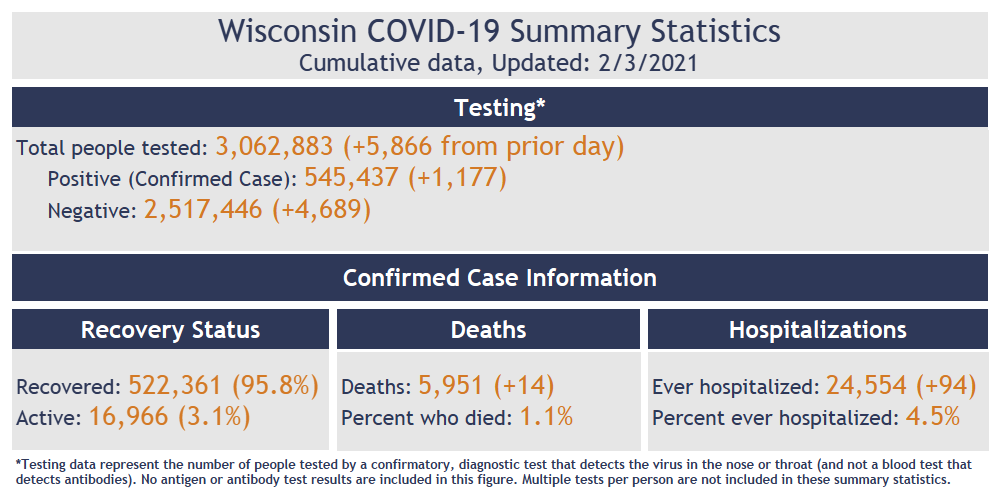 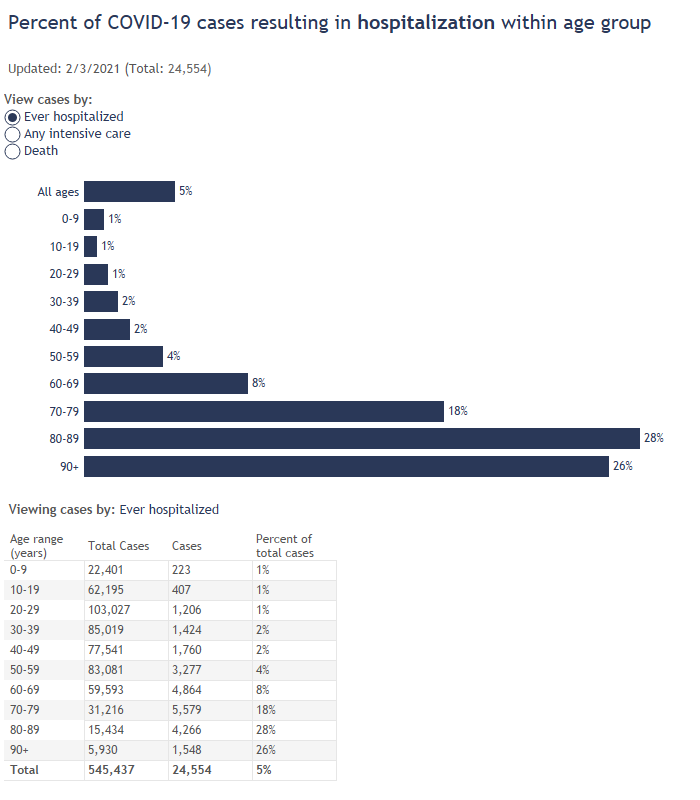 One thought on “WI Daily: Only 5 of 72 Counties Show Growing COVID-19 Case Burdens”