Plus: South Side Soup opens. Another Mad Chicken. And Jose's Blue Sombrero closes. 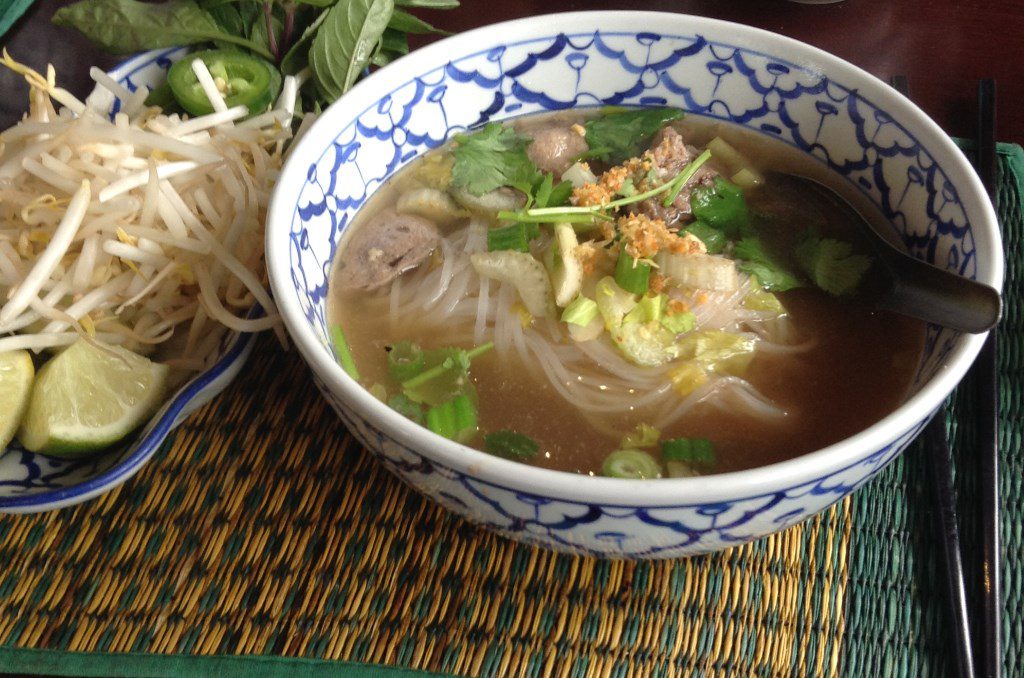 February, as Milwaukee dining insiders know, is the month to enjoy the Vietnamese delicacy, pho, a soup made of broth, rice noodles, herbs and meat. In the Silver City neighborhood, which has three restaurants on National Ave. serving pho, this month has become known as Phobruary.

Well, the celebration is on this month, but will operate a little differently this year due to the pandemic, and will instead be called “Pho to Go.” Typically, the participating restaurants would offer $5 bowls of pho, but instead they will offer carry out bowls of pho. Those restaurants include Bamboo (3427 W. National Ave.), Thai Bar-B-Que (3417 W. National Ave.) and Vientiane Noodle Shop (3422 W. National Ave.). A weekly raffle will also take place, awarding a $25 gift card to one of the restaurants to a random person that takes a photo of their bowl of pho and submit it to the “Pho to Go” Facebook event discussion section.

If you’ve never tried pho, here’s a useful story with our dining critic Cari Taylor-Carlson‘s take on the annual celebration.

Say Hello to South Side Soup

Iron Grate BBQ, a popular barbecue joint located at 4125 S. Howell Ave., will begin selling soup out of that same location under the name South Side Soup. The Journal Sentinel’s Carol Deptolla reports:

Chef-owner Aaron Patin said he wanted to make soup available to the neighborhood for dinner as well as lunch, as an inexpensive way to feed a family quickly. The Soup Otzie’s, a couple of blocks away on Howell, has been closed temporarily since May, according to its Facebook page, and the Soup Market on South Kinnickinnic Avenue closes at 4 p.m. weekdays.

“I want to make stuff that I want to eat. I need a reason to make 20 gallons of lobster bisque, so let’s do it,” Patin said.

South Side Soup typically will have three soups sold hot by the pint and quart to take out, and more will be available frozen by the quart for heating right away or for later.

The first hot soups to be sold starting Wednesday will be chicken tortilla, tomato bisque and potato leek. Prices are $6 a pint and $10 a quart for those and most other soups; lobster bisque when it’s available would be more.

The name is a nod to the building’s history. Built in 1910, the three-story structure was once home to Blackwood Bros. Hardware Store. Building owner Mario Malcara of Badface Development still has the sign and it will be incorporated into the design of the new restaurant.

She plans to operate from 4 p.m. to midnight Tuesday through Saturday, with brunch from 10 a.m. to 3 p.m. Saturday through Monday.

“The atmosphere will be rustic and relaxed. I am having tables and booths custom-built using repurposed pallet wood. I am also painting the entire inside a warm grey and filling it with loads and loads of plants and antique tools that I have collected over the years,” (Owner Sherrilynn) Law said.

Law hopes to open her new restaurant as soon as April. She will launch social media pages to provide a specific date and details in the coming weeks.

Belli’s confirmed its move Thursday evening. “Hi! Yes this true!” said the restaurant via Facebook Messenger after Urban Milwaukee reported on Blackwood’s planned opening. “Right now we don’t have an opening date, but we are definitely excited about our new location.”

The restaurant, named after Dodson’s grandmother Orie Bell Dodson, opened in April 2018. The restaurant bills itself as a “family first American bistro where attention to detail comes first” and has a menu heavy on cajun and southern dishes. A wide range of daily specials are offered, including a crab boil and “Soul Food Sunday” with southern fried chicken, catfish and pork chops. An extensive number of specialty cocktails are also available.

Mad Chicken Opening on South Side

Mad Chicken, a restaurant that specializes in naturally-sourced chicken, sandwiches and wraps, is opening a location on W. Oklahoma Ave. The quickly-expanding chain of chicken restaurants most recently opened a location on the East Side. Urban Milwaukee’s Graham Kilmer reports:

The new Mad Chicken is taking over space that was previously occupied by a Pita Pit. The owners are making some renovations, like taking out a wall and adding new flooring. They’re also replacing the existing exhaust in the kitchen. A Noodles & Company restaurant continues to operate on the eastern side of the building.

Urban Milwaukee was unable to reach (Nabil) Mutlaq or (Mohamed) Elkady about their new restaurant prior to publication. Their names appear on documents filed with the City of Milwaukee.

The first Mad Chicken opened in Appleton in 2017. Since then, the company has opened restaurants in Green Bay, Greendale, Wauwatosa and Milwaukee.

A fire that smoldered the kitchen wall of the Jose’s Blue Sombrero location at 20371 W. Blue Mound Rd. has caused the restaurant to permanently close its doors. Deptolla reports:

Repairs would have been a significant expense to undertake now, owner (Joseph) DeRosa said by phone. He said the property is under contract to be sold this year; he declined to name the buyer.

“We are so proud to have been part of the Brookfield community and want to extend a heartfelt and sincere thank you to all of our loyal customers who we’ve had the pleasure of serving for almost 15 years,” DeRosa said in announcing the closure. “This was a difficult decision.”

DeRosa Corp. said it would try to place workers from the Brookfield restaurant elsewhere in the company.