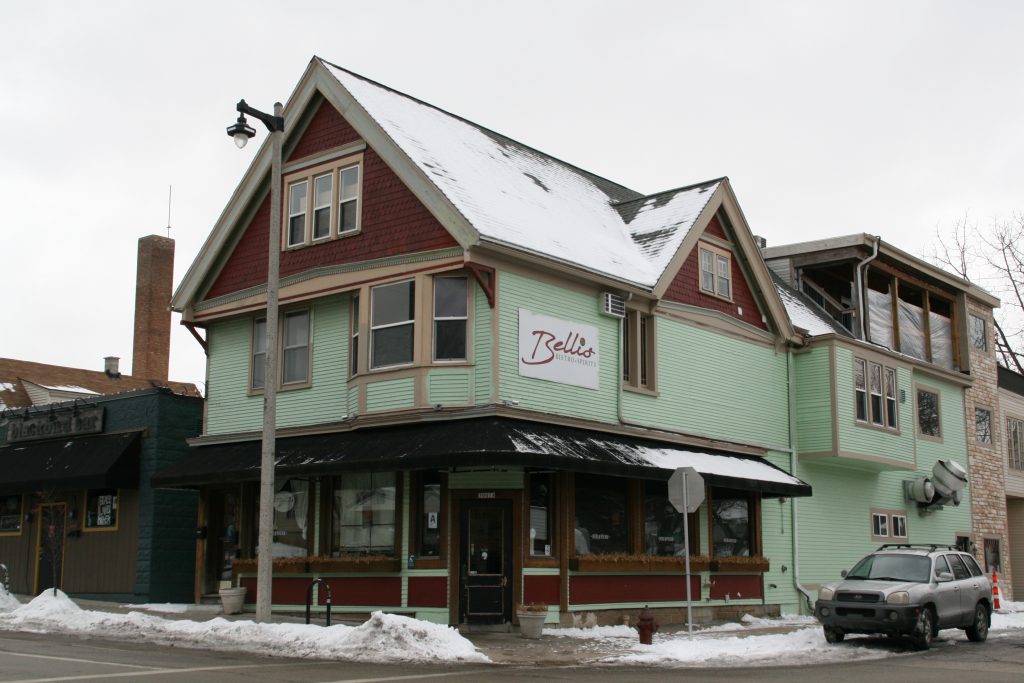 Sherrilynn Law will use two decades of service industry experience to open her own restaurant later this year.

The name is a nod to the building’s history. Built in 1910, the three-story structure was once home to Blackwood Bros. Hardware Store. Building owner Mario Malcara of Badface Development still has the sign and it will be incorporated into the design of the new restaurant.

“As soon as I saw it, everything came together,” she told Urban Milwaukee.

Historic newspaper advertisements mention the business operating as recently as 1949.

Law has sought to open a restaurant for two years, but credits the inspiration to an experience decades prior. “In middle school, I had a class where we planned and executed an operational restaurant inside the school and served all the parents,” she said. “That whole experience was probably what planted the seed that has been growing in me ever since to want to open my own place.”

Get a daily rundown of the top stories on Urban Milwaukee
The menu a New American theme with what Law said is a focus on comfort food from different regions and countries. Offerings include East Orlean shrimp sliders ($9), kimchi potstickers ($9), Argentinian-street food inspired Choripan (12) and a meatloaf dinner ($15). A substantial brunch menu is also planned.

She plans to operate from 4 p.m. to midnight Tuesday through Saturday, with brunch from 10 a.m. to 3 p.m. Saturday through Monday.

“The atmosphere will be rustic and relaxed. I am having tables and booths custom-built using repurposed pallet wood. I am also painting the entire inside a warm grey and filling it with loads and loads of plants and antique tools that I have collected over the years,” Law said.

Law hopes to open her new restaurant as soon as April. She will launch social media pages to provide a specific date and details in the coming weeks.

“We will be limiting indoor dining by reservation only to ensure everyone’s health and safety, but we will also be offering curbside pick-up and limited delivery,” said Law. “The ‘social club’ aspect will hopefully be realized after vaccines become widely available and life looks a little more ‘normal.’ I want to have cribbage and Euchre tournaments and eventually offer additional space for community groups and clubs to gather on the second floor.”

The restaurant would replace Belli’s Bistro & Spirits, which is moving north to the former Honeypie space at 2643 S. Kinnickinnic Ave.

Belli’s opened in 2018, replacing Pastiche which relocated to downtown Milwaukee.

It’s not the first time the Blackwood history has inspired a new use for the building. Malacara and his wife Kim sought to open Blackwood Reception Hall and Gallery on the second floor in 2011, but those plans did not advance.

Plume, a vintage-focused boutique clothing store, operates in a rear addition to the building.