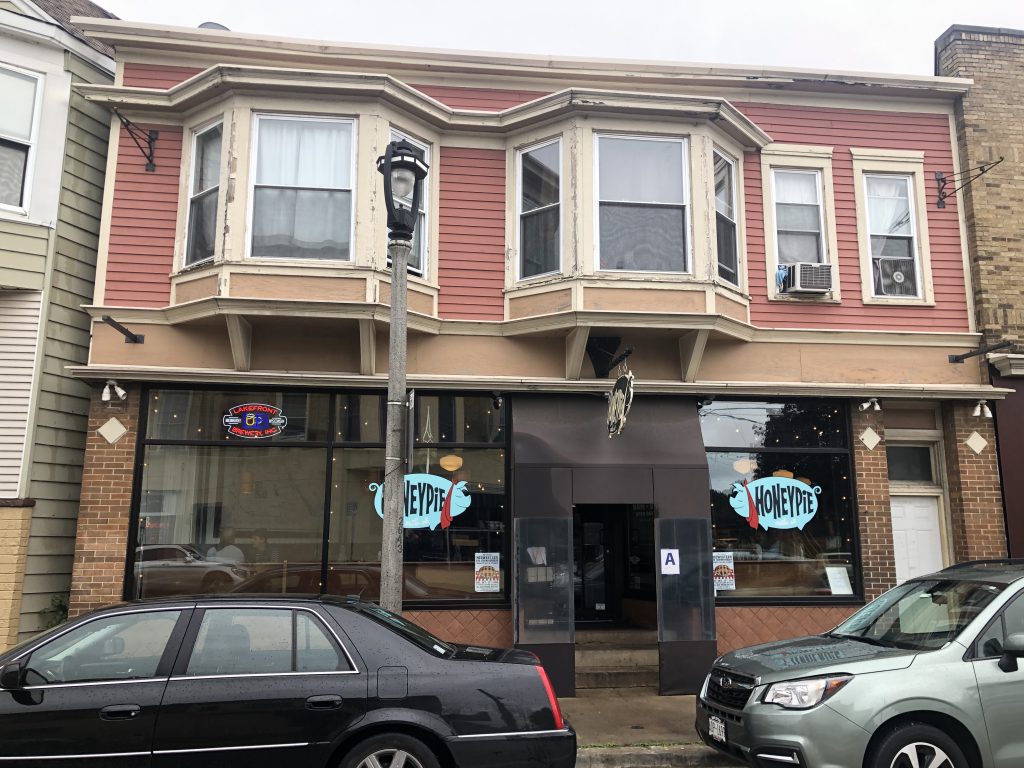 Honeypie is relocating to a larger space at 2569 S. Kinnickinnic Ave. as part of Scott Genke‘s redevelopment of the Bay View Building and construction of the associated BV+ building. That opened up the restaurant’s former space at 2643 S. Kinnickinnic Ave. The restaurant, owned by Valeri Lucks, has not announced a firm opening date at the new location, but is in the process of moving.

Belli’s Bistro & Spirits, owned by Charmice Dodson, is relocating from 3001 S. Kinnickinnic Ave. to the Honeypie space. And in the Belli’s space, Sherrilynn Law plans to open Blackwood Brothers Restaurant and Social Club in April.

Belli’s confirmed its move Thursday evening. “Hi! Yes this true!” said the restaurant via Facebook Messenger after Urban Milwaukee reported on Blackwood’s planned opening. “Right now we don’t have an opening date, but we are definitely excited about our new location.”

The restaurant, named after Dodson’s grandmother Orie Bell Dodson, opened in April 2018. The restaurant bills itself as a “family first American bistro where attention to detail comes first” and has a menu heavy on cajun and southern dishes. A wide range of daily specials are offered, including a crab boil and “Soul Food Sunday” with southern fried chicken, catfish and pork chops. An extensive number of specialty cocktails are also available.

In 2020 the restaurant unveiled Belli’s Mobile Bistro, a food truck.

The restaurant’s move drew praise on social media when news of Blackwood’s opening broke. “Was happy to hear this,” said Alderwoman Marina Dimitrijevic, confirming that she understood the restaurant was on the move. Others praised the food quality. Sabor Tropical co-owner Jesse Fonseca said Belli’s did a good job with its new yet-to-open new space. “They did a great job and needed bigger space to accommodate their growth,” said Fonseca.

Honeypie opened in 2009. Lucks also operates SmallPie and Palomino in the neighborhood.