In Praise of Biden’s Press Secretary

Jennifer Psaki brings credibility — remember that? — back to the job. 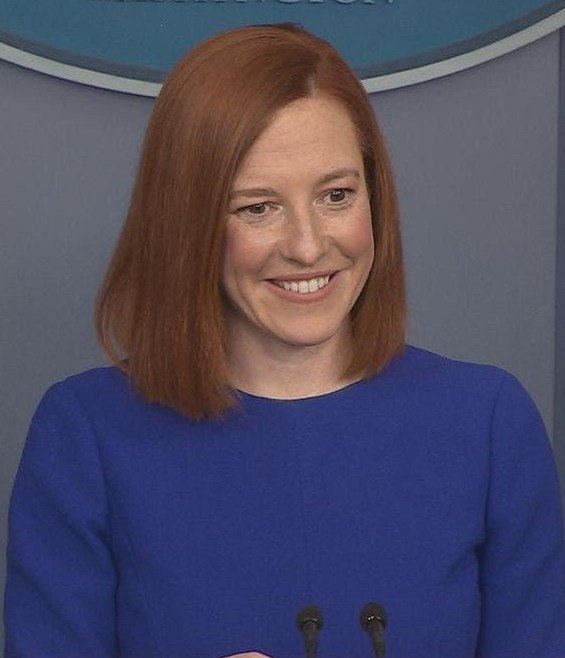 There are countless reasons why our nation needed a change of White House administrations. From climate change to trade, immigration and on an on. One topic that gets less attention, but nonetheless is very basic to the way we interact with a White House, and an administration with us, is how information flows concerning the actions of a president.

There was no way not to be pleased and encouraged when President Biden’s Press Secretary Jennifer Psaki, upon taking the podium in the press room for the first time mere hours after the inauguration, made a very straightforward statement. The press operations of this White House would place emphasis on “truth and transparency”. She made it clear that facts will again be a part of what is imparted to reporters.

“I have deep respect for the role of a free and independent press. We have a common goal, which is sharing accurate information with the American people.”

I warmed to Psaki’s candor when saying at times that she didn’t have an answer and would get direct answers to reporters’ questions from people who had the specific information. How refreshing!

What struck me, also, was her simple statement that there will be daily briefings. The working press of the White House will again be treated as the professionals they are, and though the normal tensions will, and must, exist between the two sides, one thing has become clear from the first week of Psaki at the helm. She wishes to have this part of the White House return to a normal atmosphere, too.

The White House Pressroom is located just steps from the office of the press secretary to the president. The relationship between White House reporters and the leader of our nation, regardless of political party or decade, is often tense and difficult. To provide our democracy with the information, insight, and analysis needed for citizens to be able to evaluate the direction of the nation a robust press corps needs to probe and question all our leaders. That often makes every White House uncomfortable.

But that is one price of attaining power that each president must deal with. The fact that reporters unearth and report on issues that otherwise would never come to light such as the Pentagon Papers in the 1970’s, or the eavesdropping story during President George W. Bush’s presidency, underscores the need for an energized press as they report and help secure the foundations of our nation.  The press in our nation is as much a part of why we are free today as the soldiers in uniform.

But we often forget that fact.

The press operations of a White House should never be a tool to make the president look good as each of Donald Trump’s press secretaries demonstrated. In 2017 Politico summed up the short-lived and dreadful experience of Sean Spicer, the first person to hold the job in the Trump term, by writing how he was treated on “Saturday Night Live “— “in which a belligerent Spicer was spoofed by a gum-chomping, super soaker-wielding Melissa McCarthy in drag.”

The most important part of the job of any White House spokesperson is to have credibility.  History shows how the words from that podium have made markets move, foreign leaders respond, and news-tickers beep in newsrooms around the country. There absolutely must be a seasoned, intelligent, and trustworthy individual in that role.

And press secretaries must be seen as having self-dignity. As an example, from Spicer’s first full day on the job when sparring with reporters about the size of the inauguration crowds–in spite of facts that showed the exact opposite–he lost that one thing that was not recoverable. He was told what to do by Trump, and instead of doing what a solid-minded person in the role of spokesperson should have done–provide honest information–Spicer instead took the road of lies and landed into his own self-created mess.  In the process, he became a national joke. The very first time that Spicer said one thing to the press only to have Trump take a contradictory position minutes later is when the spokesman should have walked into the Oval Office and laid down the law.

It never was any better for the others who followed in that role. Neither Sarah Sanders nor Kayleigh McEnany desired to do the actual job and became nothing more than part of Trump’s massive efforts at mere public relations as opposed to providing data and facts about the work of the executive branch.

My deep appreciation for the role of a press secretary along with an interest in the people who have held the position goes back 40 years. I have sincere praise for the ones from both parties who have performed admirably. Such as Tony Snow who stood before the press during President Bush’s time in office. I wrote the following in April 2007:

“I have the highest regard for Tony Snow and the way that he banters with the press, all the while sticking to his talking points. He is respected among the White House press because at his core he understands the role of the press, and respects the members of the fourth estate. That is an essential difference that others, such as President Nixon’s spokesman Ron Zielger, never understood.”

A press secretary needs to fully understand the gravitas of the job, the wide scope of issues that pound against the highest seat of power, and then how to manage the coming issues in a coherent and rational fashion. With a week of watching and assessing Psaki within that framework, I am very pleased with what I am seeing and hearing. I trust that in the years to come her memories of this time will be put into book form. I will be pleased to add it to the other books by press secretaries on my shelves.

3 thoughts on “Op Ed: In Praise of Biden’s Press Secretary”