Serb Hall Is For Sale 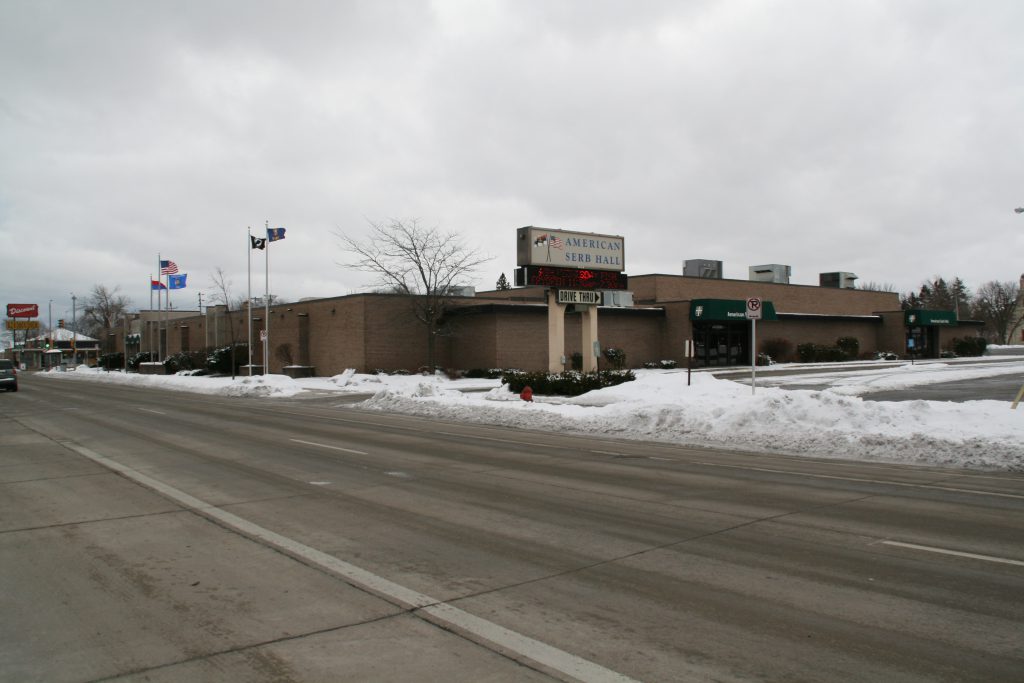 You can buy a piece of history on Milwaukee’s South Side. But that also means it could soon be last call for one of Milwaukee’s popular fish fry offerings and event venues.

American Serb Hall, the event venue at 5101 W. Oklahoma Ave., is being listed for sale by its owner, St. Sava Serbian Orthodox Cathedral. The congregation retained Founders 3 as its listing agent.

“Our Saint Sava congregation recognizes that the business realities of today and in the foreseeable future present an unfavorable financial path going forward,” said the church in a statement. “However, because of the prominent and desirable location of the property, we’re confident that there will be positive alternative use options that will better serve the church and local community.”

Known as a bipartisan location for political rallies and other events since its opening in 1950, the one-story hall sits on a 1.62-acre lot just north of the church. It is assessed for $1.1 million by the City of Milwaukee, down from $2.5 million in 2012. The facility, with multiple ballrooms, has approximately 50,000 square feet of interior space.

It gained attention recently as the site of an infamous “Defend Your Vote” rally where conservative political leaders encouraged a crowd to ignore city health inspectors and facility general manager Nicholas Alioto was shoved to the ground. Alioto, 55, would pass away just under three weeks later from heart problems stemming from high blood pressure.

But beyond political rallies, Serb Hall been the site of countless wedding receptions and anniversary celebrations.

Its Friday fish fry, a tradition that started in 1967, will continue to be offered indefinitely. As it had prior to the pandemic, the hall offers the fish fry via a drive-thru.

The facility, formally known as American Serb Memorial Hall, includes 12 bowling lanes, two bars, a commercial kitchen, hall and a 400-stall parking lot. A 31,000-square-foot expansion was constructed in 1987, the largest in a series of additions to the building. The original structure was designed by Walter Pollatz.

One thought on “Eyes on Milwaukee: Serb Hall Is For Sale”