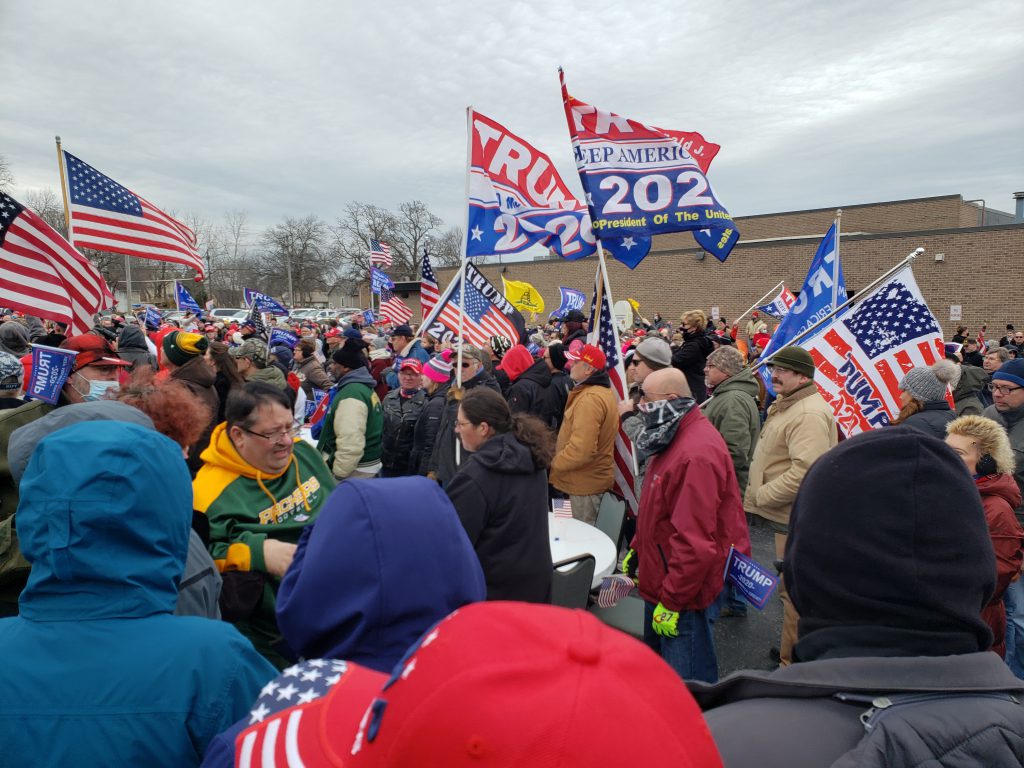 Management from the American Serb Hall (5101 W. Oklahoma Ave.) met verbal challenges and physical confrontation when they asked rallygoers supporting Donald Trump to abide by Milwaukee Health Department orders. Nicholas Alioto, the general manager of the banquet hall, got into a physical altercation over a microphone with several rally attendees after asking the crowd to sit down and abide by health department guidelines. Video shows Alioto putting his hands on another man’s neck before being pulled down. No one was seriously hurt.

The current Health Department orders state that political gatherings can not hold more than 100 people, and attendees at a bar or restaurant must wear masks, social distance and remain seated unless they are arriving, departing or going to the restroom. The rally attendees in the parking lot, around 500 people, mostly stood and did not wear masks or socially distance. Jeff Fleming, the spokesperson for the Health Department, said that no warnings would be issued due to a policy change and that Serb Hall would receive multiple citations.

Fleming said that the Health Department rules were explained to Serb Hall’s management the day before the event. Two inspectors observed violations at the rally and left after one of them was pushed. The inspector who was pushed was not hurt.

Rick Baas, the communications person for the Milwaukee County Republican Party, said that the rally asked for a “fair, free, clean, transparent election.” Baas said that he had heard stories about election tampering, but didn’t offer any examples. On stage, Baas told the crowd that the Fox Broadcasting Company doesn’t determine the election.

At the podium, Karst said, “Might wanna put on your mask,” to the crowd, which responded with angry refusals.

A Serb Hall employee cut off McKenna’s microphone in mid-speech, warning the organizers about the Health Department inspection and urged people to follow the rules. The employee asked for people to sit down, but the radio talk person told them to stand instead. The crowd willingly followed with a deafening roar of cheers and chants.

While Clarke spoke, Alioto addressed the crowd with a microphone and told them that the event would be shut down if attendees would not sit. “The City of Milwaukee is here,” he said. “I’m not going to lose that license. I will stop the rally if you don’t sit down.”

Tensions soared as the crowd jeered and converged on him. Someone yelled, “you sit down,” in response.

A man in a Trump scarf ripped the microphone from Alioto’s hands, which prompted him to put his hands around the man’s throat and shove him. After stumbling into a speaker, Alioto was pulled away by another attendee and dropped against a table. He was then helped onto a chair and eventually walked away with the help of another employee. Alioto did not appear seriously injured.

After the rally ended, the hundreds of Trump supporters that were filling Serb Hall’s parking lot spilled out into the intersection of 51st St. and Oklahoma Ave., blocking traffic and confronting Black Lives Matter activists that were protesting outside of the venue. Officers from the Milwaukee Police Department watched and blocked nearby roads to divert traffic away from the area.

Vaun Mayes, a community activist, stood on the edge of the parking lot with several other protesters. Mayes said that it was irresponsible for the rally leadership to hold an event with so many people in one place.

Get a daily rundown of the top stories on Urban Milwaukee
“They take their cues from the president. You have Clarke come down here, you have Dan O’Donnell lead a rally here just a couple days ago. It’s hugely irresponsible,” Mayes said, watching the rally from afar. “It’s costing people their lives and it continues to set the nation back from being able to open.”

A similar rally was held in the Serb Hall parking lot on November 7, when Biden was declared the winner of the election.

Urban Milwaukee attempted to interview Karst twice, once about the rally and a second time about the incident. He declined to answer questions both times.

On Saturday, November 11, Wisconsin Department of Health Services data reported there were 5,146 new cases of COVID-19 that day in the state. 52 deaths were reported Saturday, resulting in a total of 2,625 virus deaths of Wisconsin residents. Milwaukee County has suffered 643 COVID-19 deaths. 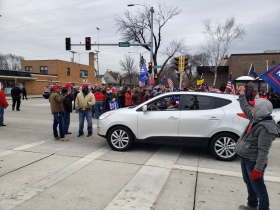 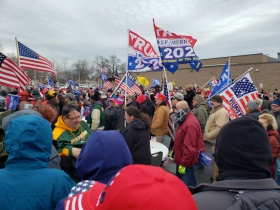 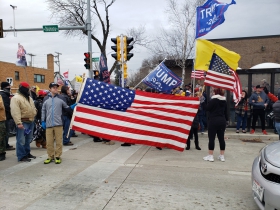