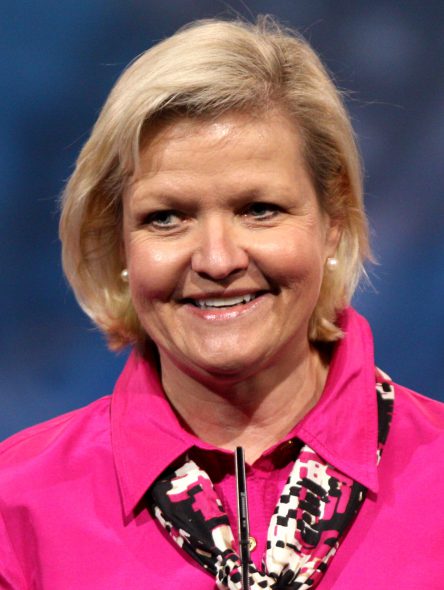 Yesterday the Milwaukee-based firm Foley & Lardner did all it could to distance itself from Cleta Mitchell, a partner with the firm who has been working with President Donald Trump to overturn the legal election of Democrat Joe Biden, and was involved in Trump’s now infamous phone call to Georgia election officials demanding they “find” enough votes to overturn the results in that state. The legal firm released a statement declaring it had “made a policy decision not to take on any representation of any party in connection with matters related to the presidential election results” and is “aware of, and are concerned by, Ms Mitchell’s participation in the January 2 conference call and are working to understand her involvement more thoroughly.”

But that statement hasn’t been enough to ward off criticism of the firm.

On Twitter, the Lincoln Project — a group of mostly Republican conservatives who fought Trump’s reelection effort — called for the public to put pressure on the law firm with this tweet:

.@cletamitchell of @foleyandlardner was on the phone with @realdonaldtrump when he threatened & pressured @GaSecofState to overturn the will of Georgia voters.

How does that make you feel? Tell them.

Another tweet by the group notes that the firm represents Major League Baseball, “America’s past time,” and included the MLB phone number, suggesting people call to complain.

It’s just this sort of blowback the firm probably had in mind when it made its policy decision not to take on any work on behalf of Trump’s unconstitutional push to overturn the election. Many high-level lawyers and law firms have expressly declined to represent Trump on his attempts to overturn a legal election, the Trump campaign has met with failure on 59 legal challenges in state and federal courts, and in the most recent failure, involving a suit by the Wisconsin Voters Alliance, the federal judge said he is considering referring the lawyers involved in the suit for disciplinary action.

Foley & Lardner is the embodiment of an establishment law firm, founded in 1842 and long the firm of choice by top institutions in Milwaukee. Since the 1990s, it has grown into a national firm, absorbing law firms in Chicago and Washington, D.C. in 2001 and growing to become the 11th largest firm in the United States. It has always sought to maintain a bipartisan image. As a story by the Wisconsin Examiner reported, “A PAC associated with the firm had donated to politicians of both parties in the 2020 campaign cycle, according to campaign finance data from OpenSecrets. Foley and Lardner gave the most money this year to Senate Majority Leader Mitch McConnell (R-Ky.), who received $7,000. But it also gave the second most, $4,000, to Madison-area Democratic Rep. Mark Pocan. Wisconsin Republican Reps. Glenn Grothman and Mike Gallagher each received $3,000.”

Now the firm faces questions about whether it endorsed Mitchell’s work, as a story by the Washington Post reported. “I’m sure the firm is dismayed by the appearance of its lawyer on the transcript,” said Stephen Gillers, an ethics expert at New York University Law School, in the story.

The statement by the firm suggests it had no knowledge of Mitchell’s work on behalf of Trump’s election challenges, but she has been very public about her views, as the Post reported. On Nov. 7, when the major media organizations projected Biden had won the presidency, Mitchell appeared on Fox News to declare that the Trump administration would be challenging this: “’We’re already double checking and finding dead people having voted, we’re going to be finding people have voted across state lines, voted in two states, illegal voting, noncitizens and that sort of thing. So we are building that case,’ Mitchell said, referring to the work of the Trump campaign’s legal team and foreshadowing many of its claims of fraud.”

“In the following days, Mitchell took particular aim at Biden’s win in Georgia, tweeting that the state’s recount was a ‘total sham’ and ‘A FAKE!!!’,” the story noted.

Mitchell, moreover, had a history of making such outlandish claims. In 2010 she worked for the campaign of Tea Party activist and Republican candidate Sharron Angle, who ran against Sen. Harry Reid of Nevada. “Mitchell wrote a letter soliciting campaign contributions,” the story noted, “alleging that ‘Reid intends to steal this election if he can’t win it outright….Understand, EVERYTHING we have worked for in the last year could be destroyed by dirty tricks and criminal acts.'”

Indeed, the Foley firm could have expected that Trump would seek to hire Mitchell as she is known as one of the nation’s top experts on election law, which was the precise reason Foley brought her on as a partner. She and Paul Sullivan were running the Sullivan & Mitchell firm when Foley absorbed the firm and made Mitchell and Sullivan partners in its Public Affairs Practice Group based in the Washington D.C. office.

At the time the CEO of Foley was Michael Grebe, long a top Republican Party strategist, who went on to became President of the conservative Bradley Foundation, where he brought on Mitchell as a board member. She is the only woman on the 11-member board and has served since at least 2013.

Mitchell’s involvement in politics goes back some five decades, as Urban Milwaukee has reported, as she somehow transformed from a liberal Democratic politician and activist for women’s rights in the 1970s and ’80s, into an increasingly conservative Republican since the 1990s. At this point her politics probably skew to the right of most board members of the Bradley Foundation.

Update: Mitchell has resigned from Foley & Lardner, see our story.

3 thoughts on “Back in the News: Foley Firm Faces Blowback on Trump Call”