Plus: New pizzeria in Greenfield and another Taco Stop. 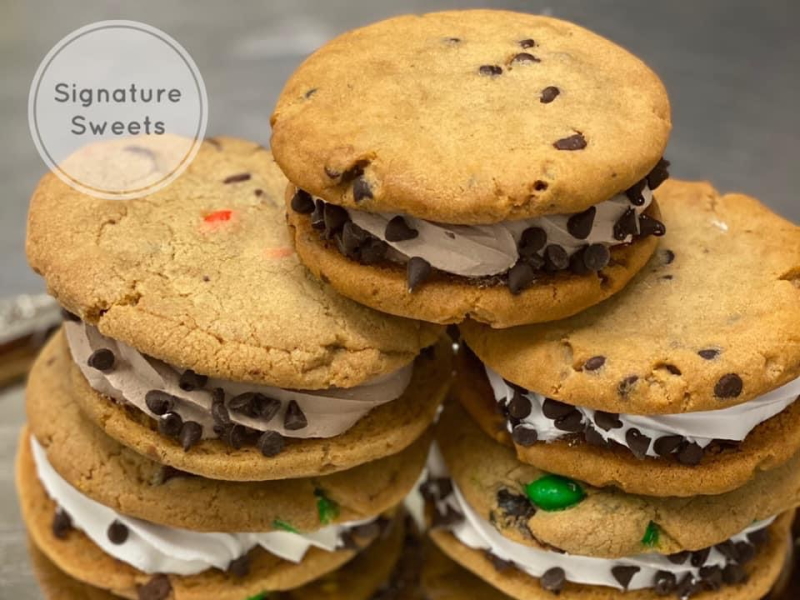 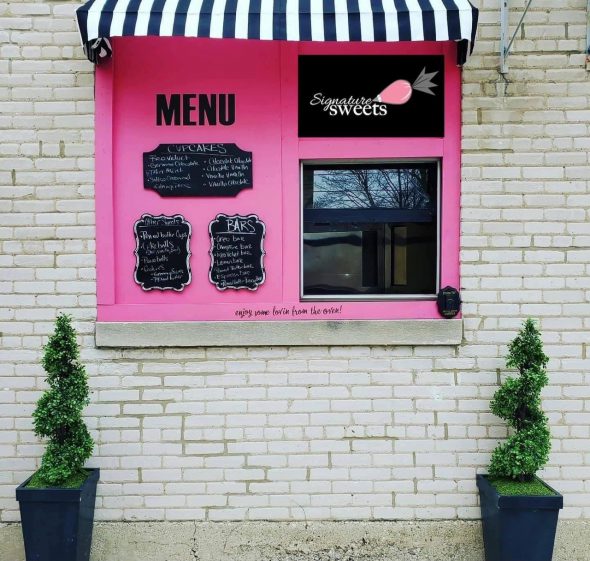 Hall … has made a cake in the shape and size of a guitar, another featuring a baseball glove and bat with a hat suspended in the air, a Pandora bracelet, a bust of the Joker, a piano, a makeup box, purses, shoes and more.

“Anything that you can think of, I can make in the form of a cake,” Hall said.

Hall also takes orders for traditional frosted cakes, but said she always tries to “add something” to “make it signature.”

Signature Sweets … has a pickup window in the back. It’s open from 10 a.m. to 4 p.m. Tuesday through Saturday.

Local Mexican restaurant chain Taco Stop MKE is moving into a commercial space that previously housed a Fuji Poke location at 1426 E. Brady St. If this sounds familiar, its because this move marks the second time that a Taco Stop has replaced a Fuji Poke, the first time being in 2019 when Taco Stop opened its Bay View location at 2121 S. Kinnickinnic Ave. Urban Milwaukee’s Graham Kilmer reports:

Taco Stop is owned by AJ Agiss. The restaurant chain has declared a war against “boring” Tex-Mex cuisine — the kind that has “butchered” authentic Mexican cuisine “for many years,” the company declares.

Expanding the business during a pandemic when other restaurants are going out of business is likely due to Taco Stop doing much of its business as take-out, even before COVID-19 hit.

The Brady Street location, subject to city licensing approval, would be the company’s fourth. The other two are in South Milwaukee and Elm Grove.

The Illinois-based pizza chain Lou Malnati’s Pizzeria has officially announced plans to open its third Wisconsin location at 4751 S. 76th St. In Greenfield. The chain’s other two Wisconsin locations are in Brookfield and Fox Point. The new location will operate like the Fox Point location, as a carryout and delivery only restaurant. OnMilwaukee’s Lori Fredrich reports:

“We’re excited to expand our footprint in Wisconsin and make Greenfield home to our third location in the Milwaukee area,” notes Marc Malnati, who heads up the family-owned company.

“Our partners and dairy farmers up north have been critical to our success. We’ve been sourcing our cheese from the same vendors in Wisconsin for nearly 50 years. We’re planning to have several locations in the Milwaukee area and are committed to providing jobs in the local community.”

In addition to serving up their famous deep dish, Lou Malnati’s aspires to continue its tradition of generosity through fundraising and youth incentive programs to local schools, generous donation programs, and working with local charitable organizations.

The Greenfield location is also hiring approximately 50 employees in various roles to work at the new location. Qualified candidates can apply online at loumalnatis.com/careers or by texting “Lous” to 85000.  Interested applicants are asked to provide proof of authorization to work in the United States and a resume, if applicable.

A Marijuana-Themed Restaurant for Oak & Loc 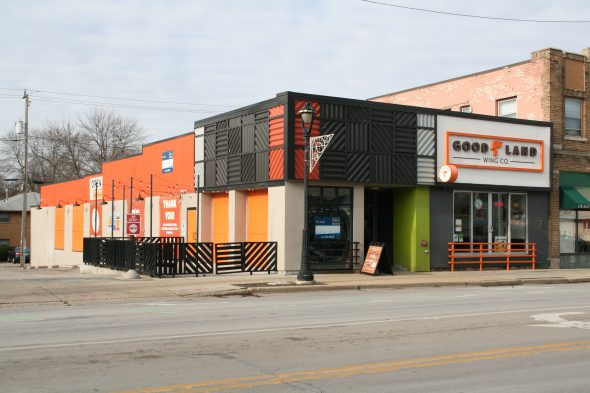 Cheba Hut, a chain of marijuana-themed restaurants, has plans to open at 2907 N. Oakland Ave. adjacent to Good Land Wing Co. The chain is based out of Denver and has one location currently operating in Madison. This location will be Milwaukee’s first. Urban Milwaukee’s Ethan Duran reports:

The Denver-based chain operates on a franchise business model, with no pot or hemp derivatives in the food, just in the vibe, offering dishes to satisfy “the munchies” and drinks to “cure cottonmouth.”

The new location, to be operated by Huhn’s Mary Jane Restaurants LLC, will specialize in “toasted subs, salads and munchies,” according to the license application. A couple of Cheba Hut’s signature sandwiches are the “Jamaican Red,” which comes with spicy chicken breast with jalapenos and cheddar and the “Midwest Best,” stacked with turkey breast, smoked ham, bacon and provolone.

There are also nonmeat options like the “Humboldt,” loaded with provolone, guacamole, veggies and dressing and the “Sticky Icky,” basically a PB&J on toasted bread.

Cocktails and on-tap local beer will be available from behind the bar, with staple recipes and some of Cheba Hut’s own creations. There will also be a wide array of sides like soups and breaded items, and sweet treats like brownies and Rice Krispy treats. The full menu is available online.

Cheba Hut announced in 2018 that it plans to open six more stores in Wisconsin, with up to four of them in Milwaukee.