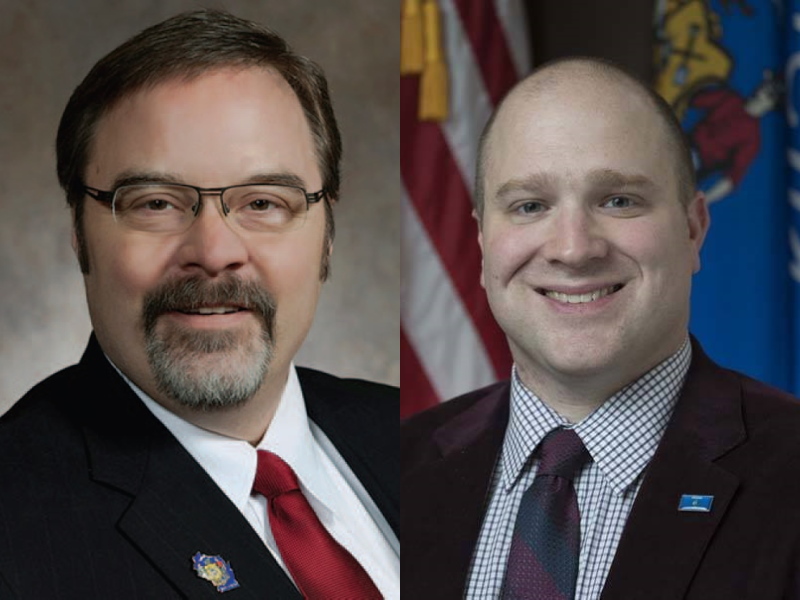 There are times when the rank-and-file citizen really desires to have elected officials explain why the rules do not apply equally in our state. What the majority of us are expected to abide by on a daily basis need not apply to members of the state Legislature if they wish to disregard them. Such was the case in the past week as reported by Todd Richmond for the Associated Press.

Due to the pandemic Wisconsin Governor Tony Evers had made the decision not to have the annual Christmas tree in the rotunda of the statehouse. First of all the building is closed to the public, and secondly, the tree, even if the building were open, would be a congregating point that would aid in spreading the virus. But those facts were not going to deter a couple of Republicans.

Two Republican Assembly members put up a Christmas tree in the Wisconsin Capitol rotunda despite being told they weren’t allowed to do so.

What is disturbing is that State Representatives Paul Tittl and Shae Sortwell, both of whom most likely were very “law and order” oriented during the just concluded fall campaign, disregarded the rules and decisions of none other than the chief of the Capitol Police. After Republicans have repeatedly, over the course of this year, stressed why it was important for citizens to respect police officers and follow their orders, we now see that discourse was not meant for everyone to heed.

Records show the two lawmakers applied for a permit on Dec. 1 to place what they described only as an “historical display” in the rotunda from Dec. 1 through Jan. 6. The application does not say that the display is a Christmas or holiday tree.

Dan Blackdeer, chief of the Capitol Police, an extension of the DOA, denied the request the next day. He wrote that although the DOA can issue permits for events and exhibits, only the State Capitol and Executive Residence Board can approve decorative items.

He went on to say that state law prohibits the DOA from permitting any exhibits on the rotunda’s ground floor. A permit request must be filed at least 72 hours in advance and the lawmakers sought to display an exhibit the same day they submitted the application, Blackdeer added. What’s more, the DOA is denying all permit requests for the interior of Capitol since the building is closed to the public, he wrote.

The lawmakers put up a tree in the rotunda anyway.

The message this sends to the state is some rules are not the foundations that everyone is expected to follow. We can apparently, based on the whims of the moment, act in any way we feel. I wonder if that outcome was what the Wisconsin Professional Police Association had in mind when making their endorsements for the election?

Meanwhile, if state legislators are paying the least attention to the conversations of citizens they would know issue of a tree in the Capitol is simply not on the radar. Dealing with a pandemic that has filled hospitals with patients, pounded small businesses, impacted the bottom line of workers, and undermined the educational efforts in schools should be the focal point. It is too bad that since these elected representatives were in the rotunda, and so close to the Assembly chamber, they did not more wisely use their time to work on the public health crisis.