Six candidates have filed to run for the Milwaukee Board of School Directors in the Spring 2021 election, some against incumbents, others running for open seats.

The Board of School Directors is in charge of education policy for MPS and oversees and approves the system’s annual budget. The 2019-2020 MPS budget was $1.2 billion.

It’s an eight member board, with eight districts and one at-large member, each serving four year terms. 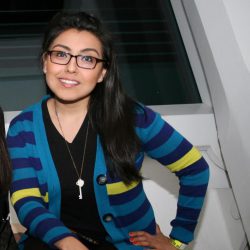 Marcela Garcia. Photo courtesy of the Walker’s Point Center for the Arts.

In District 6, Luis “Tony” Báez is vacating the seat he’s held since 2017. And Marcela “Xela” García is running for his seat — with his endorsement.

García is an artist and executive director of the Walker’s Point Center for the Arts. She serves on the City of Milwaukee Arts Board.

On her campaign website, García’s platform includes updating curriculum to include anti-racist education. She is also an advocate for bilingual programs, saying “We must collectively support bilingual learners and their families by establishing future oriented practices and programs that promote bilingualism. We must go beyond basic compliance with the law, and establish programs that instill the love of languages, especially our native tongues.” As an artist, and a professional that has worked in the art world, García’s platform includes strong support for arts programs. Her campaign also states, “We must be critical of how public funds are used, demand accountability and oppose privatization.”

Báez, who is the outgoing board member from District 6 and board vice-president, said “Xela Garcia would add youthful representation to the board and new perspectives. She understands well the challenges and interests of District #6 and of the public schools of the city of Milwaukee. She can speak with authority about the major issues, and is a fierce advocate of art, music and language education within student success.” 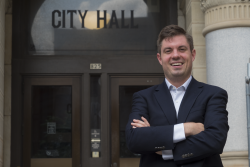 In District 5, board President and longtime member Larry Miller is stepping down. Two candidates — Alex Brower and Jilly Gokalgandhi — have announced for the seat.

Brower is a former-educator and past president of the Milwaukee Substitute Teachers Association and is currently the Executive Director of the Wisconsin Alliance for Retired Americans.

Gokalgandhi works for American Family Insurance on strategic partnerships, and is focused on a K-12 diverse tech talent pipeline. And she has previously served as a Community School Coordinator. These coordinators work with community partners to bring mentors, volunteers and donations, among other things, into MPS.

Brower is running on a platform that includes six major policy commitments.

The first is to “Democratize Education,” so that decision making is open to residents. “Our schools need to be community controlled,” he said. Brower wants to bring “regular people” into the budgeting process, involve citizens in setting policy and create new seats on the board “to represent all of the communities in our city.” 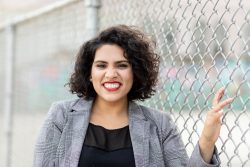 Brower’s platform also includes commitments to fight privatization and hold charters and voucher schools accountable. He also wants a Green New Deal for MPS — reducing the district’s reliance on fossil fuels. Brower wants to increase “restorative justice practices, significantly lower the use of suspension and expulsion, and prioritize the recruitment and retention of educators and staff of color.” Brower supports giving healthcare to all full-time MPS employees. And he will work for increased funding of bilingual and arts programs, and for special education.

Gokalgandhi is running on six “core issues” according to a campaign announcement.

First, she plans to ensure the health and safety of students and staff and their families during the COVID-19 pandemic. She wants “equitable funding” to support special education, bilingual programs, and classroom supplies and technology. She supports promoting anti-racist and culturally relevant teaching. She favors a “shared leadership model” that brings community stakeholders into decision making. She would like to create an initiative for women and gender-non-conforming students to “thrive inside and outside the classroom.” And she opposes privatization.

Gokalgandhi has the endorsement of Miller, whose seat she is running for. Brower is endorsed by the Milwaukee Democratic Socialists of America.

There are two candidates for the District 4 seat currently held by Annie Woodward. They’re actually neighbors in the Midtown neighborhood.

Get a daily rundown of the top stories on Urban Milwaukee
One is Victor Nwagbaraocha, an assistant principal at Washington Park High School in Racine and the founder of Positive Images, a non-profit youth organization. Nwagbaraocha could not be reached to discuss his candidacy.

The other new candidate is Cheryl Hayes, who declared her candidacy last week. 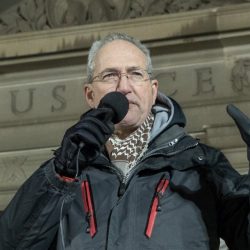 Henry Leonard, a 27-year MPS teacher, is running for the board in District 7, the seat currently held by Paula Phillips.

Leonard is running on a platform that includes “fair and equitable funding” for schools, which, according to his campaign, means smaller class sizes, and making sure every student receives a well rounded education — including physical education, art, music and technology. And that every classroom has the resources it needs.

His platform also includes “revenue accountability.” Leonard supports making sure that funds set aside for students are spent in the classroom, and funds for schools are spent on students and community programs. Leonard supports improving school health through nutritional meals and mental health services. He also supports improving school-to-community communication and developing bilingual, multicultural and special needs advisory committees.