Clock Is Ticking for Eviction Moratorium 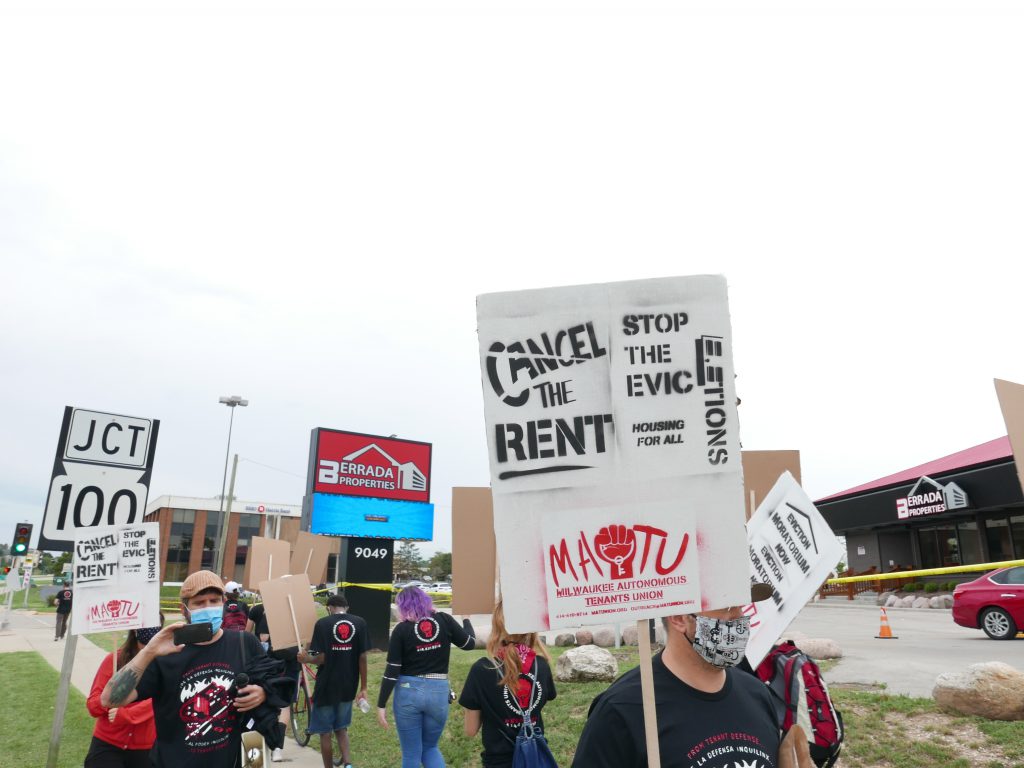 The federal eviction moratorium enacted by the Centers for Disease Control and Prevention (CDC) in September is set to expire in less than a month, and advocates and renters are worried and pleading for help.

Recently, Opportunity Wisconsin, a progressive advocacy organization, partnered with Black Leaders Organizing for Communities (BLOC) on a virtual roundtable that discussed the threat of evictions during the pandemic and the need for government response to the housing crisis.

There were participants from around the state at the round table, with two from Milwaukee, one from Eu Claire and another from Ashland. It was clear that the fast approaching end to the eviction moratorium will have devastating consequences if local, state and federal governments are not prepared to help people losing their housing.

Anne Brown, of Eau Claire was one of the speakers at the roundtable Thursday. She’s 63. She has a number of issues with her health and she requires dialysis. She’s been surviving on Social Security and disability payments since 2011. Her monthly income is approximately $1,200 a month. She lives with her son, and since June — when he lost his job — they’ve both been living on her Social Security income. “And, obviously, rent isn’t getting paid,” she said.

When Brown was still working, she was an attorney, and “doing quite well.” But her health precluded her from work and she has been “totally disabled“ for nearly a decade. In 2018 she was briefly homeless, living in her jeep. “But it was August.” she said. “January is a whole new thing.”

And the threat of being homeless in January is very real. Her son lost his job six months ago because of a health crisis, she said. And when he recovered and sought work again in September, no one was hiring. “People just aren’t hiring, even for the Christmas rush on retail.”

Now, they have months of back rent they owe their landlord. “I have no reasonable expectation of being able to pay that at any time in the near future.” Browne says she’s facing eviction. She’s faced with going to a shelter, during a pandemic.

“I’m, like, the definition of co-morbidity,” Brown said. “If I get COVID it isn’t going to be a good thing, because of all my issues.”

She’s worried. She said she feels like the government doesn’t care about her. It will break her heart if she loses her Australian Shepard because she has to move to a shelter. The dog, she said, is “what I am closest to, at the moment.”

Get a daily rundown of the top stories on Urban Milwaukee
“The thing that scares anybody over the age of 60 I think more than anything else is being old and sick and broke,” Brown said. “And that’s where I’m at.”

If the moratorium ends, and there is nothing in place, “I’m out on the street in less than 30 days,” she said.

Brown’s story represents what is at stake, as the clock ticks down on the eviction moratorium.

Jacqueleen Clark, with the Milwaukee Autonomous Tenants Union (MATU), said the difficulties people face paying the rent are being compounded as the pandemic drags on and jobs are lost. When the moratorium was enacted, calls to MATU about evictions went down, however, there were still evictions occurring.

“I think an extension of the moratorium is going to have to take place,” Clark said.

She explained that Milwaukee has been facing an eviction crisis for years, noting that sociologist Matthew Desmond, a professor at Princeton University, wrote a book, Evicted, higlighting the problem in this city. The minimum wage in the State of Wisconsin is $7.25, she said. Even before people lost jobs or had their hours cut, earning enough to pay for housing has been a struggle.

Mary Cooper-Wells, who lives in Wauwatosa, said she’s a single, Black mother, and life was tough before the pandemic, and it’s only getting tougher. “It’s draining my mind,” she said. She’s thought about taking out a loan to pay rent, she said, as housing costs have eaten up at least 75% of her monthly income since the pandemic began.

“We need an influx of dollars, and we need it from our government to help us,” said Kathy Beeksma, the executive director of the City of Ashland Housing Authority. The funds needed to keep people housed are not “going to magically appear,” she said, and “those $7.25 an hour jobs… are just not gonna make that up.”

Clark said the federal government needs to play a role in providing the funds needed to keep people in their homes. And she said the state needs to step up, too.

Governor Tony Evers recently released a slate of legislation intended to combat the effects of the COVID-19 pandemic. The Legislature has not taken the bills up. But they include a provision that could enact a ban on evictions.

Clark said the legislature should take responsibility to help the people. “Do your job,” she said.

Brown thinks the incoming administration of President-elect Joe Biden will better respond to the pandemic eviction crisis. But that may be too late, she added “That doesn’t help me when on January 1st my landlord files the eviction.”

One thought on “Clock Is Ticking for Eviction Moratorium”