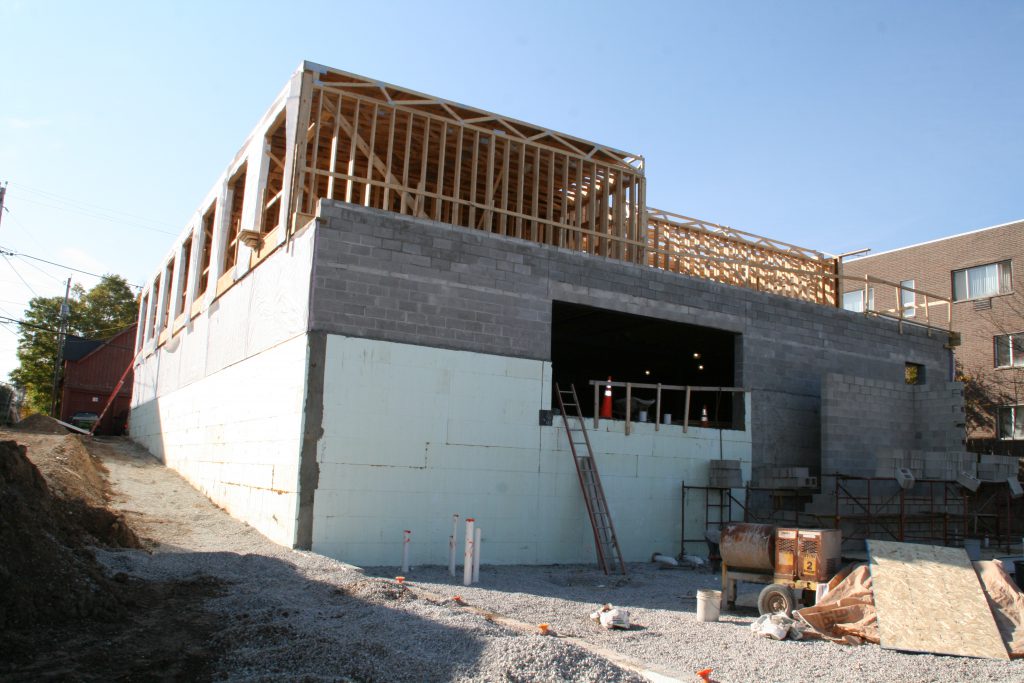 BV+ under construction in Bay View. Photo by Jeramey Jannene.

Voters waiting to cast an in-person, early ballot at Bay View Library have had something to watch across the street for the past week.

The project will complement the existing Bay View Building, 2569-2573 S. Kinnickinnic Ave.,  located immediately south of the site. Genke’s SG Property Development + Management is redeveloping that building as well, with four apartments on the upper floor and a new space for Honeypie, a breakfast-focused restaurant currently located a block south, on the building’s first floor. A patio will occupy the space between the two buildings.

The exterior of the building looks decidedly different than the nearby King Building that SG redeveloped in 2016 into a similar mixed-use format known as the King Lofts, but the massing follows the same principles. That building has 14 apartments, including live-work units, and two street-facing commercial spaces.

The BV+ building will consist of 15 studio apartments, two one-bedroom units and a live-work unit. “Rent will start at $995 and the building will be energy efficient,” said Genke via email in February. Eighteen indoor parking spaces will be included, as well as one outdoor space. Approximately 1,200 square feet of commercial space will be included on the building’s first floor.

The structure visible today awaits an extension on the tight 15,000-square-foot site that will bring the building up to the sidewalk.

Eighteen indoor parking spaces will be included in the building as well as one outdoor space. Genke first proposed the new building in 2018. 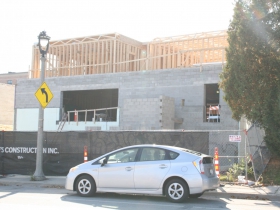 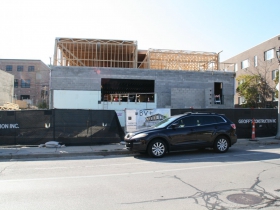 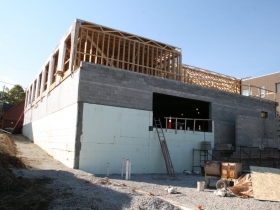 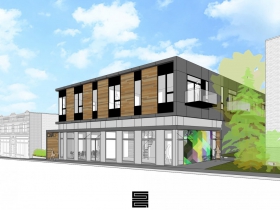 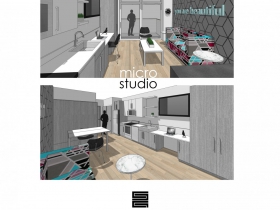 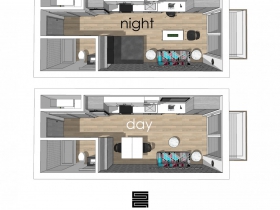 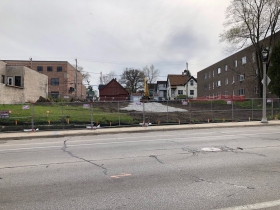 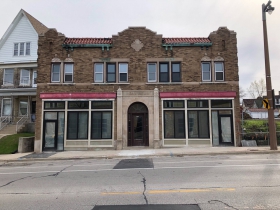 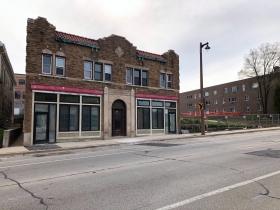