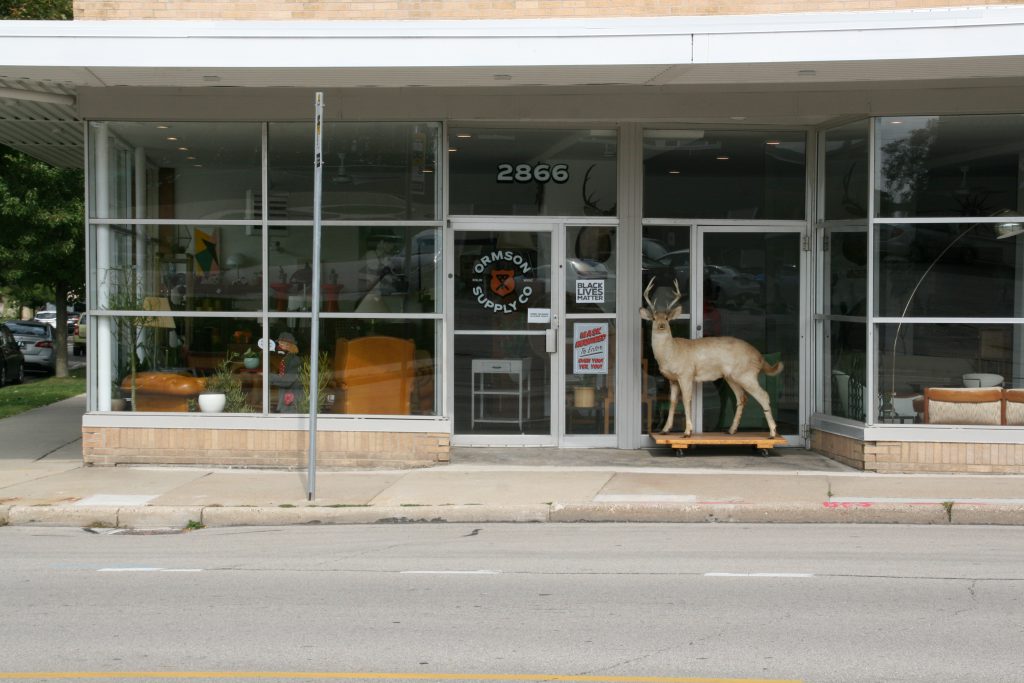 On Aug. 30, Brew City Salvage, specializing in vintage and modern furnishing and hand-made goods, announced it had shut down its shop at 524 W. National Ave. for good.

However, the closure was bittersweet, as the announcement was followed by the introduction of a spiritual successor to the store that will go by a new name and reside at a new location.

“We had a lot of problems with the landlords of that building [in Walker’s Point] and I’ve been wanting to move to Bay View for a couple of years now,” Nickel tells me over the phone on his way to Illinois to drop off a sofa for a customer and pick up a new one for the shop. “I actually wanted to move to Bay View before we moved to Walker’s Point, but we couldn’t find a spot in time.”

Nickel’s lease in Walker’s Point ended around the beginning of the pandemic, but he was able to stay open for curbside pickup for a month while he moved out. After that, he bridged the time gap between locations by selling furniture and other vintage goods out of his house and storage space.

“It worked out perfectly,” Nickel says. “While we were closed during the pandemic, [our new location in Bay View] was being renovated, so it worked out really well for us.”

As for the name change?

“I’d get two or three calls a week of people looking for car parts from a salvage yard,” Nickel says as he laughs. “It’s also something I’ve wanted to do for four years now — I was never really hyped on the name. I thought it was the perfect time to rebrand and get it all done.” Though, he said it’s still “kind of scary because everyone knows us [as Brew City Salvage].”

The new name, Ormson Supply Co., pays homage to Nickel’s grandfather. The Ormson surname Norwegian, which Nickel says is a perfect fit considering the business deals largely with Scandinavian furniture. The new logo is his family’s bumerke — a Norwegian family crest used to mark property when the ability to read was less common. The familial connection is all tied together by the fact that Nickel’s cousin Ross Severson, owner of 414Modern, operates out of the same space. “Both of our mother’s maiden names are Ormson,” Nickel says.

Nickel is hoping that the new space will allow him to extend his business hours, but that change is dependent on how business picks up as the pandemic develops.

Get a daily rundown of the top stories on Urban Milwaukee
“At our last space, we were only open Friday through Sunday,” Nickel says. “Even on Fridays in Walker’s Point, some days it was pointless to be open.”

Nickel hopes to eventually host events once the pandemic begins to clear up. He’s wants to incorporate live music and art galleries as well as feature various small businesses, like having local coffee roasters set up a station in the store on the weekend.

Until that time happens, Ormson Supply Co. is open on Saturdays from 11 a.m. to 5 p.m. while Nickel spends the other six days of the week procuring vintage furniture, clothing and vinyl to sell at the shop. He does what he can to keep the store’s Facebook and Instagram pages updated with available items — customers interested in making a purchase can message him on either platform — but the stock changes so frequently that it’s always best to drop by the store and see for yourself what’s available. Besides, according to Nickel, that’s half the fun.

“You’ve got to just come in and check it out” Nickel says. “It changes every day.” 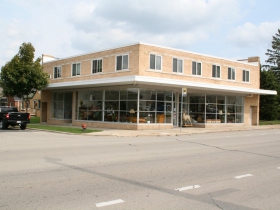 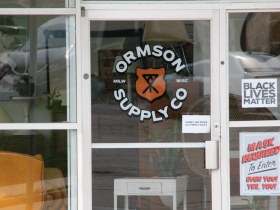 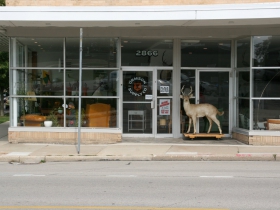