Police Chief, Alderman Fight Over Use of Canines 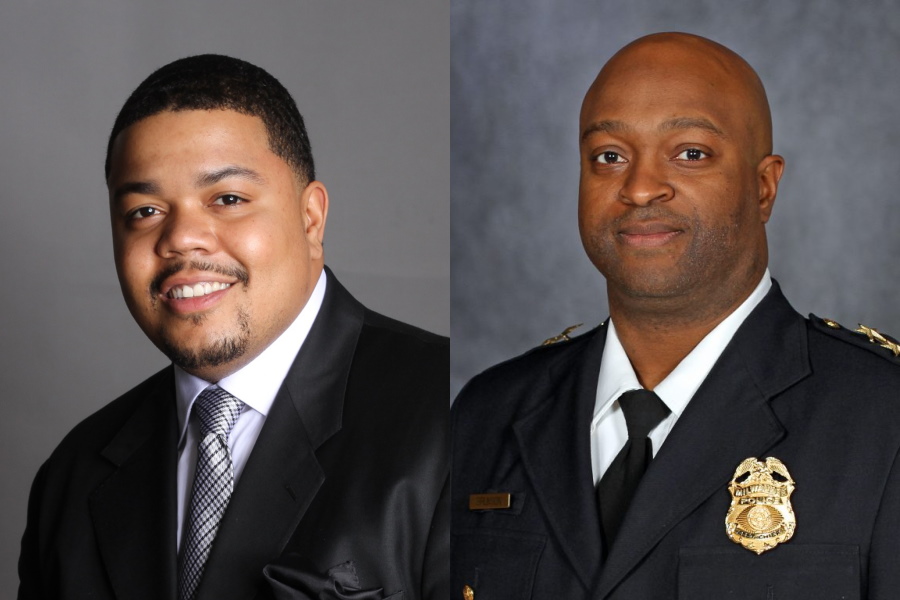 On Tuesday, Rainey issued a press release recounting how Nazis used canine attacks and how Civil Rights protesters were victims of dog attacks, in advance of the committee meeting where Brunson testified Thursday.

“It has long been true that canines are used disproportionally on people of color, and it is necessary for us to take action to prevent anyone from being the victim of vicious canine attacks going forward,” wrote Rainey. His proposal calls for the Fire & Police Commission to amend the MPD standard operating procedure regarding canines to prevent them being used in situations of force.

“I was pretty well disturbed by some of the correlations he was making to Nazi Germany and to the 1960s during the Civil Rights era,” said Brunson to members of the Common Council’s Public Safety & Health Committee. “A use of force by a canine is a pretty rare event.”

He said canines have been deployed 1,419 times since the start of 2019 and only twice had interactions characterized as a “use of force.” In 2019 an “individual sought by the felony apprehension unit” was bit. In 2020 an individual fleeing a situation was “nipped,” a relatively minor incident said Brunson. “He didn’t even require medical attention.”

The Chief said the standard operating procedure already provides strong guidance on when canines can be used – when investigating a felony or misdemeanor with a weapon. He said they are often used in situations where a warrant is served in a home of a suspect that knows the police are coming. “The canines are very useful and as I just stated from the facts they are very, very infrequently used in any use of force situation,” said the Chief.

Get a daily rundown of the top stories on Urban Milwaukee
“My intentions were not to insult you or the Milwaukee Police Department,” said Rainey, but he didn’t back down from his proposal.

“Let’s take a moral stand as a department and say we don’t want to do this no more,” said Rainey. “When people all across the country are calling for a change in the practices of police departments, your defiance to me is kind of bizarre.”

“As I stated previously, we only use them in those situations that are most dangerous to our personnel,” said Brunson. Rainey cited a number of examples of canines being used across the United States, but none in Milwaukee. “I can’t answer for those agencies,” said Brunson.

Brunson said the dogs are not permitted to be used against protesters. In June he said police tactics have improved since the 1960s, transitioning to gas and rubber bullets. “Law enforcement options at those times [the 1960s] were a handgun and a billy club,” said Brunson. But the department’s use of force against protesters has still drawn substantial criticism from the council.

Alderwoman Milele A. Coggs encouraged Brunson to look beyond the press release and at the policy. She said people are calling for change in police practices and policymakers owe it to them to evaluate things.

“We are not changing any statutes today,” said Rainey, who noted that the police department has issued its own inflammatory releases. The Fire & Police Commission, not the council, ultimately controls public safety practices in Milwaukee. The council’s resolution is a request to the commission.

Ald. Russell W. Stamper, II asked if there is a specific command to attack. Brunson said no, and offered to share a redacted version of the standard operating procedure (SOP). “Obviously we don’t want to release [the entire SOP] to the public because we don’t want the public giving the dogs commands,” Brunson said.

Ald. Scott Spiker asked if not being able to use the dogs would present a greater danger to officers. Brunson, earlier in the meeting, had noted a 2018 incident where an officer serving a warrant was fatally shot. The chief said the canines support the officers.

The five committee members ultimately voted 3-0-2 to forward the request to the full council. Rainey, Marina Dimitrijevic and Chantia Lewis voted for the resolution, while Spiker and Mark Borkowski abstained.

The full Common Council will take up the resolution when it meets in two weeks.

One thought on “City Hall: Police Chief, Alderman Fight Over Use of Canines”