Milwaukee A Leader In By-Mail and In-Person Early Voting 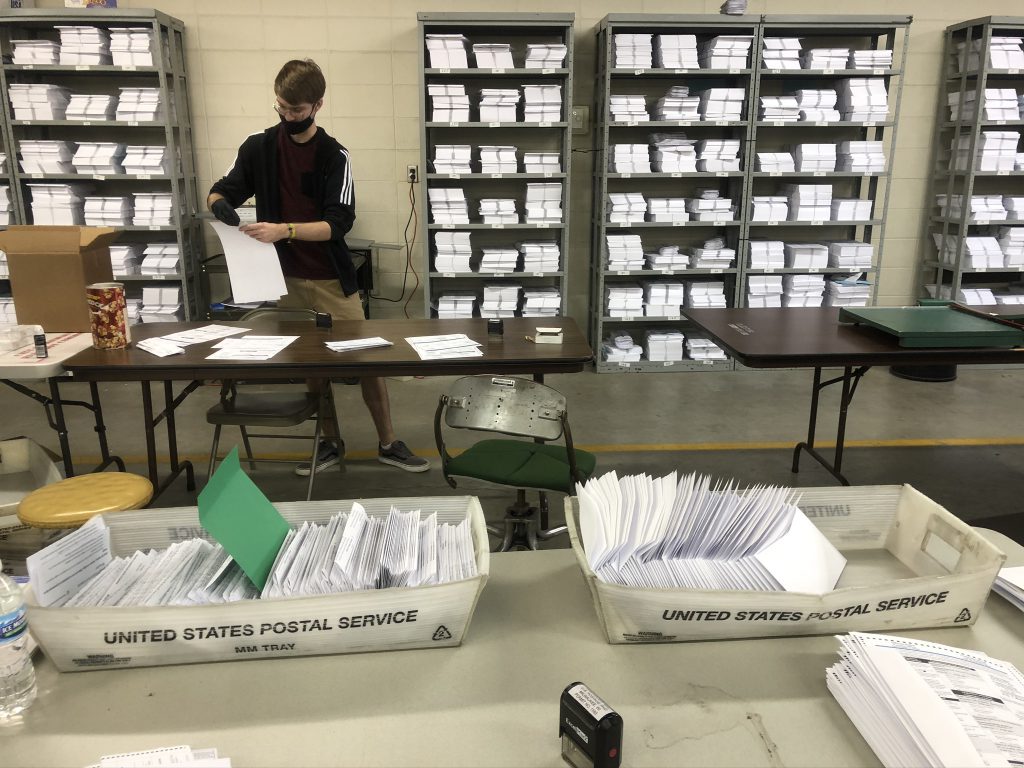 For the first time since ballots were mailed, more Milwaukeeans have returned their ballots than residents of any other Wisconsin city. But the city still trails Madison in the percentage of ballots returned.

The Cream City is now a leader in another category. In-person absentee voting, commonly called early voting, started Tuesday, October 20th, and Milwaukee jumped out to an immediate lead.

The Milwaukee Election Commission reported 4,025 cast ballots to the Wisconsin Elections Commission, but has now revised that number upward to 4,861. A total of 75,519 Wisconsin voters are reported to have cast in-person early-votes on Tuesday.

Milwaukee is offering a record 14 sites for voters to cast their ballot through November 1st, even after Fiserv Forum and Miller Park were struck from the list because of potential legal challenges.

Following the state’s two largest cities in total returned ballots are Green Bay, Kenosha, Appleton, Waukesha, Wauwatosa, Janesville, Eau Claire and Oshkosh. The list largely mirrors a list of the state’s 10 largest municipalities with one notable exception. Racine, the state’s fifth-largest city, has the 19th most ballots returned. It has the 13th most ballot requests.

A total of 247,836 Milwaukee residents voted in the 2016 Presidential election, down from 288,459 in 2012. But prior elections featured closer to 10,000 absentee ballots cast. The pandemic has changed that, with the city installing 15 secured drop boxes as a result.

Get a daily rundown of the top stories on Urban Milwaukee
The surge in absentee voting won’t speed up the process to count ballots. All absentee ballots, including those submitted by in-person early voters, must remain in sealed envelopes until polls open at 7:00 a.m. on election day under state law. It’s a law that has now drawn bipartisan support for change, including Mayor Tom Barrett, a Democrat, and US Senator Ron Johnson (R-Wisconsin).

Milwaukee and 37 other Wisconsin municipalities use a central count facility for absentee ballots in an effort to expedite the process by eliminating logistical issues with routing ballots to individual voting places. But even with more equipment and a revised plan, Milwaukee officials are expecting the process to take well into the next morning. Everything from ballots that won’t flatten enough to be scanned to late deliveries from drop boxes are expected to cause delays, according to Milwaukee Election Commission Executive Director Claire Woodall-Vogg.

Voters can track the status of their ballot at the state’s My Vote WI website. View the full absentee ballot report on the WEC website.