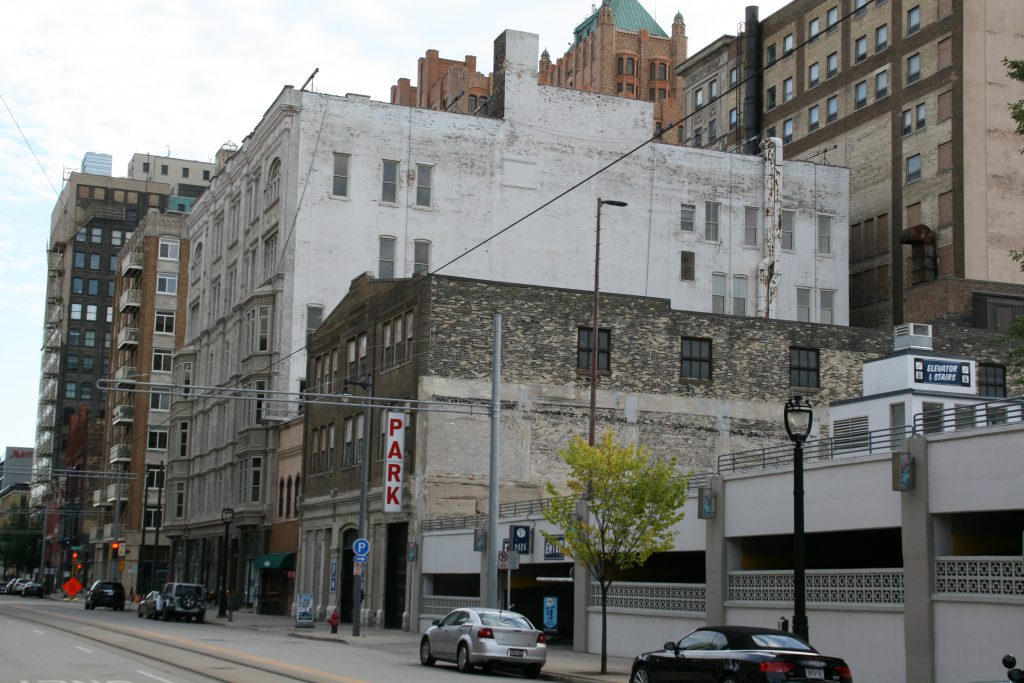 A new mural will cover all of the white, north wall of the Colby Abbot Building. Photo by Jeramey Jannene.

Milwaukee will get a large voting rights mural by Shepard Fairey, famous for his Hope image of Barack Obama, after all.

But the Historic Preservation Commission rejected the mural, explicitly because the commission had not advanced guidelines to allow such a piece. A letter, submitted by 130 people, objected to Fairey, a nationally-known artist, getting the private commission over a local artist of color. The historic commissioners said they couldn’t consider the letter, and one of the commission staffers said they didn’t remember a letter with so many signatories.

Fairey will now paint a modified version of the mural on the north side of the Colby Abbot Building, 759 N. Milwaukee St., also owned by Keating Kahn and her husband Chuck Kahn. The new location is not locally historically-protected, avoiding the need for a public meeting.

The finished mural will cover 7,400 square feet of wall space. The piece, for which preparation work is underway, will cover floors three to six of the six-story building.

Fairey and his Obey Giant team are partnering on the mural with four Wisconsin artists, Tyanna Buie, Niki Johnson, Tom Jones and Claudio Martinez, and Dyani White Hawk of Minnesota.

“There were a lot of great artists whose work I reviewed, but I selected the artists whose work I thought could translate harmoniously in the style of my mural while still retaining recognizable connection to the individual artists in a way they felt good about,” Fairey said via email. “One of the main reasons I wanted to work with other artists is because I believe that a lot of the social justice issues need to be tackled with allyship and solidarity, but also because I think local perspectives need to be elevated for the sake of the evolution of the local community.”

The central image in the mural is of an African American male at a 1960s protest looking skyward surrounded by artwork provided by the Wisconsin artists. The central figure was captured by photographer Steve Schapiro, who documented civil rights protests in the 1960s. “As I looked through his numerous beautiful and powerful photos, we discussed the possibility of collaborating on the spot,” wrote Fairey in describing the inspiration behind the piece and his first meeting with Schapiro. The Wisconsin artists’ work has been integrated into the spaces surrounding the male figure.

“I appreciate the way Shepard works; the way he cultivates alliances with various artists and amplifies their messages through his projects. It’s been a meaningful experience so far, and I’m looking forward to what’s ahead,” said Johnson via email. “The whole point of this project is to employ our art and our voices to encourage people to vote.”

Another piece, “American Rage,” that resulted from the Fairey-Schapiro collaboration. was recently installed on the side of an office building in Seattle. Fairey has painted over 100 murals and has pieces on six continents.

Fairey told Urban Milwaukee was drawn to the city because of the DNC and the state’s role as a battleground state. He hopes the piece spurs conversation. “To me the role it should play is stimulating the conversation around an issue that people might be uninterested in or intimidated by otherwise,” he said.

The artist is donating his time and art. Sponsors, including the Black Box Fund and three local, anonymous donors will cover travel and staff costs for the Obey Giant team and fees for the Wisconsin artists.

The mural is a marker in the restoration of the 135-year-old Colby Abbot Building. The building, home to Urban Milwaukee along with dozens of other organizations, suffered a massive fire on June 7th.

Urban Milwaukee’s office was a complete loss as a result of smoke and water damage, as was the organization’s sister business, Urban Milwaukee: The Store. Almost all tenants are now back in the building.

“Milwaukee is already blessed with a diversity of impressive murals created by local and internationally recognized artists. The addition of Shepard Fairey’s work to our skyline will place Milwaukee alongside Los Angeles, London and Paris in the list of cities embracing this important voice,” said Deborah Kern, Black Box Fund founder, in the original application.

The project has the backing of the Wisconsin Department of Tourism.

“Art and the creative economy build a sense of community and togetherness that our society so deeply needs right now,” said state tourism Secretary-designee Sara Meaney in a statement. “We in Wisconsin already know Milwaukee is a gem, but Shepard Fairey’s mural may very well transcend Milwaukee, putting us on the map right along with The Smithsonian, the Museum of Modern Art in New York and the National Portrait Gallery, prominent places that have already featured Mr. Fairey’s work.”

It won’t be the first time Fairey’s art has graced Milwaukee this year. He had a piece in the “Remember What They Said” billboard campaign intended to galvanize swing-state residents to vote against President Donald Trump and his allies in the November election.

And what did Fairey think of that letter that criticized him?

“Some of the sentiments in the letter were based on assumptions and a lack of awareness of communication, that my team and I were already having with organizations on the ground in Milwaukee. But the lesson I took from it was that communication about intent and community outreach is always important when the content of the mural has to do with things that are of consequence for people socially and politically. Having now had many conversations with Milwaukee artists and activists, I understand their frustration that there are often not enough opportunities for local artists and local voices,” wrote Fairey. “The newer version of the mural, the outreach that was always intended, actually manifested in bringing a lot of Wisconsin voices into the equation. My hope in including other artists, is that the exposure for their work leads to more opportunity and more conversation around the role of art in public spaces and in society in general.” 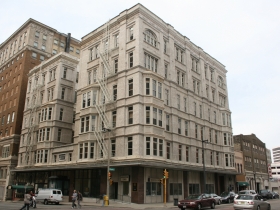 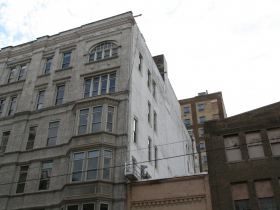 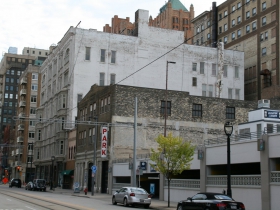 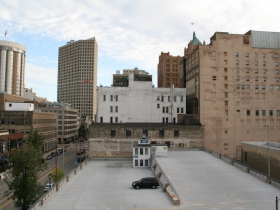 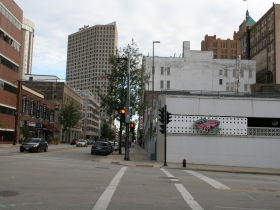 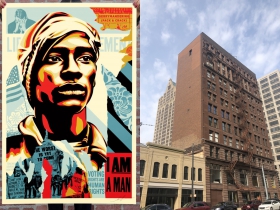