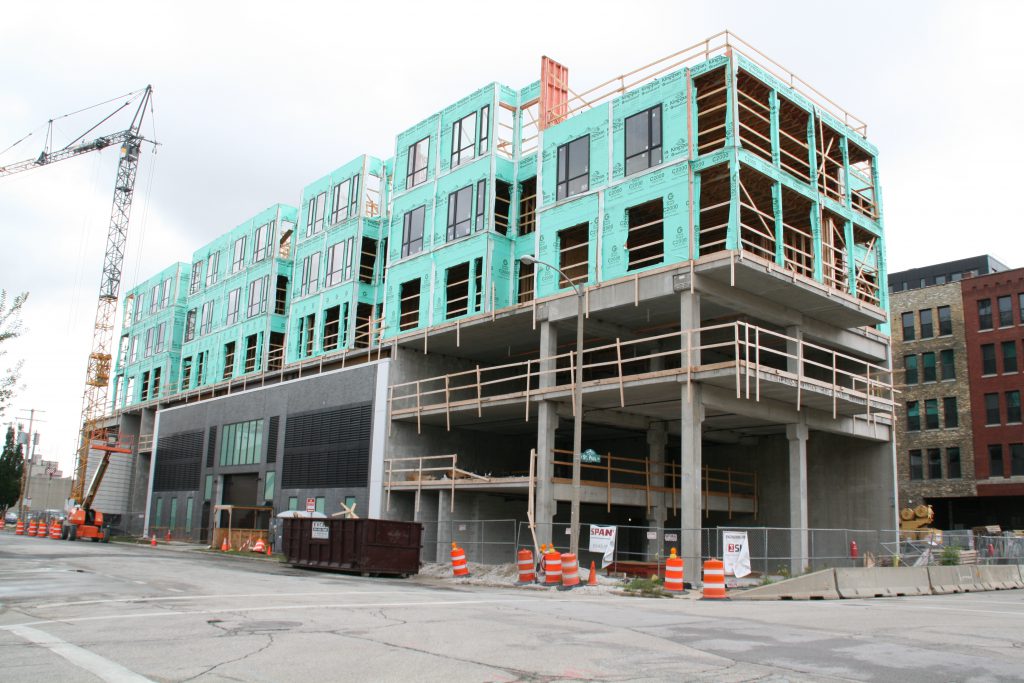 A new apartment building is quickly taking shape in the Historic Third Ward.

Joseph Property Development is developing a 60-unit building at the southwest corner of N. Jefferson Street and E. St. Paul Avenue. The site was most recently a surface parking lot.

The Historic Third Ward Architectural Review Board first approved the project in 2018, but Joseph had to wait for over a year as a unique feature was built in the center of the site – an electrical substation for We Energies.

Juneau Substation is a 30-foot-tall, concrete-encased structure located in the base of the building. Contractor CG Schmidt spent over a year constructing the substructure.

The apartment building, designed by RINKA, will wrap the concrete-encased station with a 76-space parking garage and a double-height commercial storefront. Four floors of apartments will rise above the concrete base. The full building will rise 85 feet above ground level.

Three floors have now taken shape above the substation, and the interior of the future building lobby on the north end and parking structure on the south end are clearly visible with the facade installation still yet to take place.

Joseph is leading the general contracting for the apartment building portion, which currently lacks an official name.

The partners are now exploring a development at the southeast corner of S. 1st St. and W. Pittsburgh Ave. 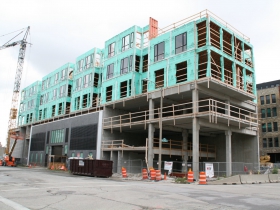 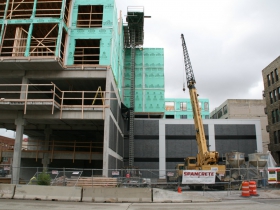 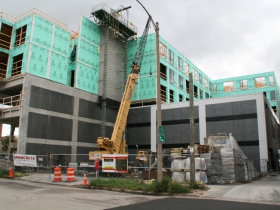 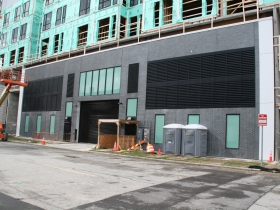 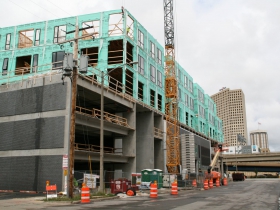 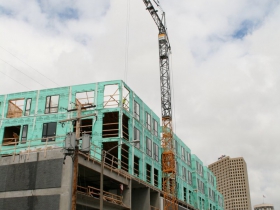