Including 60 apartments, balconies, retail, 76 parking spaces and We Energies substation. 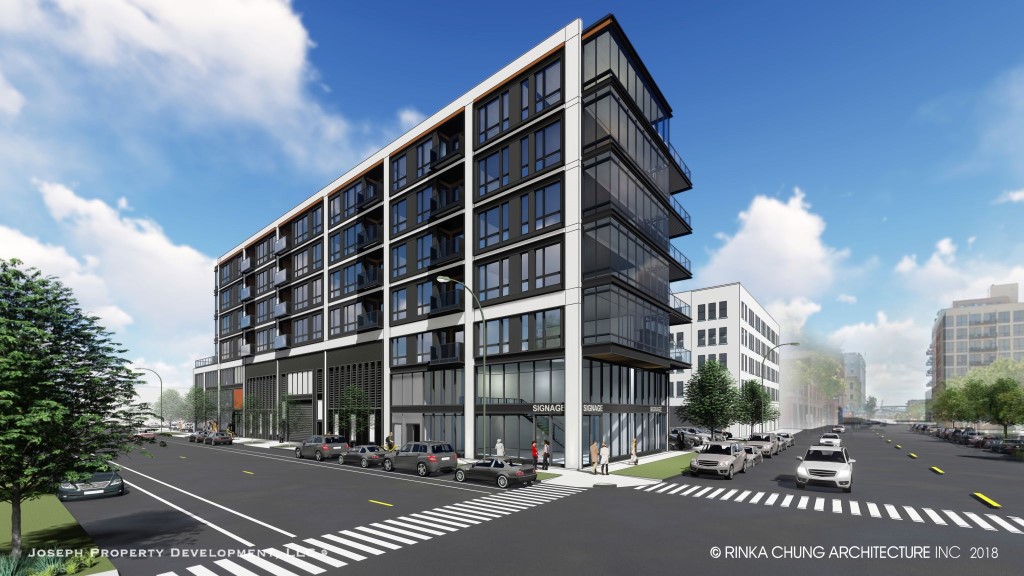 To meet increasing demand, a WE Energies substation will be incorporated into a mixed-use building proposed for the Third Ward. Developer Robert Joseph told members of the Historic Third Ward Business Improvement District #2 Architectural Review Board that he had been approached by the power company, and was informed that increasing demand led to the need of such a facility in the neighborhood.

Joseph had a suitable location in adjacent properties he owns at 431 E. St. Paul Ave. and 317-323 N. Jefferson St., now used as surface parking for 96 cars. To the north is the elevated freeway, and across an alley to the west are traditional Third Ward loft buildings, including the Landmark Building, 316 N. Milwaukee St., which Joseph owns and which his grandfather George Bockl bought decades before the Third Ward reached its current prominence. The 24,600-square-foot site could easily hold the 30-foot-tall substation, but such a utilitarian use would hardly be the highest and best for the land, valued at $36 per square foot. 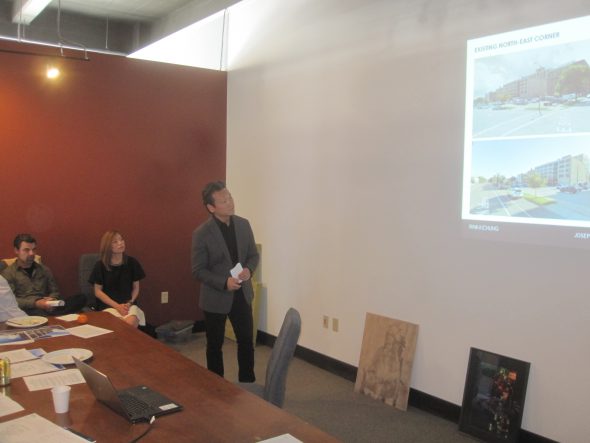 After the power company allayed his concerns about noise, odors, and the operation of electrical substations, Joseph contacted Rinka Chung Architecture to devise a plan to incorporate the utility within the walls of a mixed use development. Such projects are not unknown elsewhere. Joseph said he knows of 29 of them in places including high-value locations like Chicago and San Francisco.

Principal Matt Rinka led the panel through renderings of his proposed project. The substation would occupy three bays of the building’s center, flanked by three levels of parking to the south, and a double-height retail space at the northeast corner of the building. Above would be four floors of apartments, most with inset balconies, although a few balconies will extend beyond the shell of the building. “The residential floors are proposed to project over the property line at the street corner to help provide visibility to the building and create an architectural element,” according to a written report submitted to the board. An outdoor terrace for residents would be atop the parking structure on the south side of the building. The building would hold 60 apartments and 76 parking spaces. Some would be “reverse lofts,” with living space above bedrooms and a bath.

The building would be approximately 85 feet tall, while those across the alley are about 66 feet tall. The height conforms to the Third Ward guidelines that limits buildings to a maximum height of 130 percent of adjacent buildings.

The building has clearly articulated base, middle and top elements, also conforming to the district guidelines. According to the report by the architect, “The building facades contain a clear rhythm with a grid pattern playing off the historic industrial concrete frame with wider vertical elements and thinner horizontal elements. A copper accent band at the top of the building and at its entrance will provide design appeal.

Members of the board were intrigued by the novel incorporation of the substation, which would include city zoning approval, and a review by the Public Service Commission. There was a general consensus that the building would be much more neighborhood-friendly than a raw power station. Board member Greg Patin said that, to an ordinary passerby, the substation portion would read much the same as would a parking garage structure. After brief discussion, in which members praised the design of the building and its conformance with design guidelines, the project received unanimous approval.

Joseph Property Development acquired the two lots, which form an L-shape, for $887,000 in July, according to city records.