Plus: new Walker's Point Sushi food truck. And Up & Under Closing. 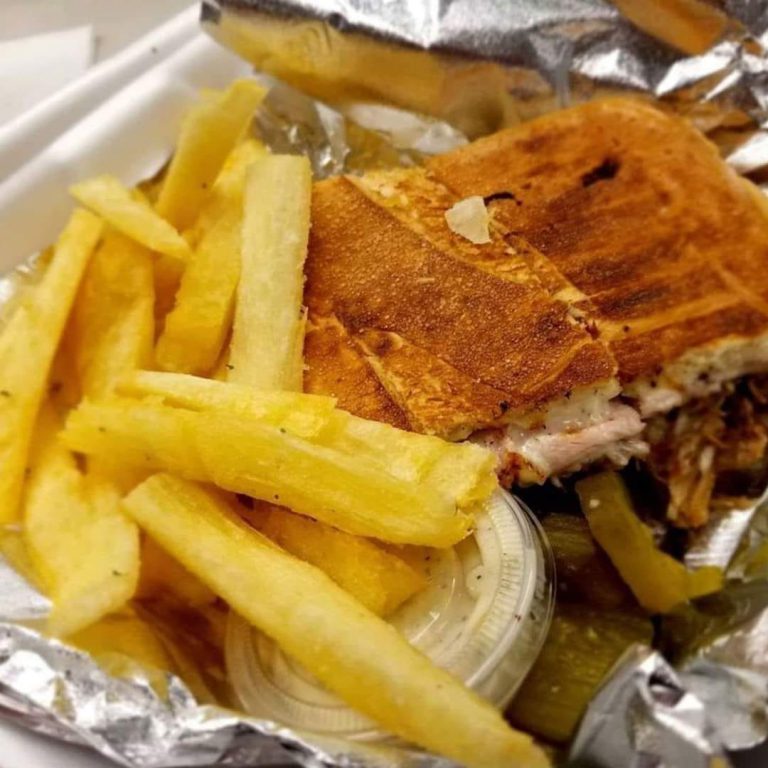 The owner of Little Havana Express, a popular Cuban food truck, has settled into a brick-and-mortar location at 7119 S. 76th St. in Franklin. The restaurant opened on September 14 after postponing its original opening date in the spring. Journal Sentinel’s Hannah Kirby reports:

Owner and chef Angelina Maholias said she is known for her Cuban sandwich, and has been since she opened her first Cuban restaurant in the late ’90s.

“Whether you’re in Havana or down in Miami, the pork is usually sliced like how you slice turkey,” said Maholias, a West Allis resident. “I marinate my pork and cook it for 12 hours, so it falls apart.”

Instead of having ingredients delivered, Maholias prefers to pick out all of the cafe’s meats, vegetables and produce herself.

The restaurant… offers carryout, and counter service with limited dine-in seating. It’s open from 11 a.m. to 8 p.m. Tuesday through Saturday.

The truck is operated by sushi chef Marco Garcia in collaboration with his partner Marilupe Moreno and their good friends Jose Estrada and Ana Gonzalez.

“A few months ago, I realized there were currently no sushi trucks in Milwaukee,” she says, and she mentioned her idea to Moreno and Garcia. “About a week later, I found a food trailer for sale on Facebook and I tagged everyone in the post.”

…Guests will find a combination of classic maki – including California rolls, spicy tuna and eel avocado ($5 each) along with $4 veggie rolls including avocado, cucumber, sweet potato tempura with eel sauce and a mixed veggie with asparagus, avocado, ashiinko and cucumber.

There will also be signature creations like the the Crunchy Munch with spicy crab, avocado and cucumber, topped with shrimp, eel sauce, spicy mayo and tempura flakes ($10) and Mexican roll with yellowtail, cilantro and jalapeno, topped with white tuna, ahi tuna and avocado ($10).

Explorium Brewpub, the brewery that opened in Southridge Mall (5300 S. 76th St.) in 2017, has opened a new location across the river from the Third Ward at 143 W. St. Paul Ave. The brewpub serves food, cocktails wine and currently has 20 beers on tap. Journal Sentinel’s Kathy Flanigan reports:

The new brewpub is owned by Mike and Joan Doble, who opened the first Explorium Brewpub …

The newly finished space will have socially distanced seating for 160 people in the dining room and bar area along with a bar in the tunnel area and an outside patio. Approved occupancy for the facility is about 400.

The Pritzlaff is a group of six connected buildings, constructed from 1875 through 1919, and has a train tunnel that goes through the basement. Trains used to back into the building, and workers would load them up, Mike Doble said.

The tunnel is an indoor-outdoor patio space that is covered but open to the elements and basically inside the building itself. A second 1,000-square-foot patio extends between buildings that make up the Pritzlaff, Doble said.

The 10-barrel brewhouse has already produced 120 barrels of beer and two lagering tanks will be visible from the floor of the dining room.

Amir Namani worked at an American-style restaurant in Pristina, Kosovo for years.

In 2009, he relocated to West Allis to be with his wife, who came to the US in the late ’90s. The couple have three kids.

He thinks the restaurant’s namesake will be its biggest hit.

“I make the hamburger myself, and make it fresh,” he said. “People like it fresh.”

If all goes as planned, Namani said Burger Town will open in about two weeks.

The interior of the restaurant will feature bright red walls, black and white checkered flooring, seating for about 15 to 20 customers, and two TVs.

Namani plans to have Burger Town open for dine-in and carryout from around 6 a.m. to 6 p.m. Monday through Saturday, and 6 a.m. to 2 p.m. Sunday.

A burgeoning Chicago restaurant chain is opening a location in Milwaukee’s downtown, at 1114 N. Water St., which was previously home to Bar Louie and Brew City Barbeque. The owners are Pan and Dana Hompluem, who are married and business partners. Urban Milwaukee’s Graham Kilmer has the story:

Lowcountry does seasonal, southern-style seafood boils. This involves boiling seafood — like crab and shrimp and lobster — with vegetables and usually potatoes and corn. It’s typically spicy and eaten with your hands. If you go, they will give you a bib to wear.

Lowcountry opened the first of its two locations in Chicago in 2015… the Chicago publication Eater started its story on the new restaurant by announcing that it was joining “one of the biggest restaurant trends in recent months.” Milwaukee has several southern-style seafood options, but this may be the first dedicated to the seafood boil. 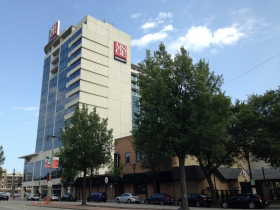 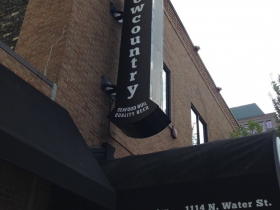 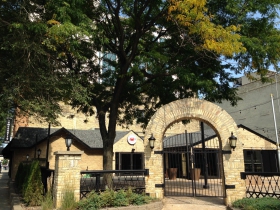 Now Closing: Up & Under on Brady Street

Up & Under (1216 E. Brady St.) announced via a Facebook post on September 19 that the bar would close the following week. The short post simply reads, “Another one bites the dust! Our last day of business will be Sunday, September 27th. So come on down for one last drink.” Milwaukee Record’s Tyler Maas reports:

Up & Under Pub dates all the way back to 1977. In the early ’80s, the Brady Street staple transitioned into a hub for blues music. Even though its blues focus waned in the late ’90s and 2000s, the bar continued to host live music on a regular basis, as well as karaoke nights and a comedy open mic for a time as well. 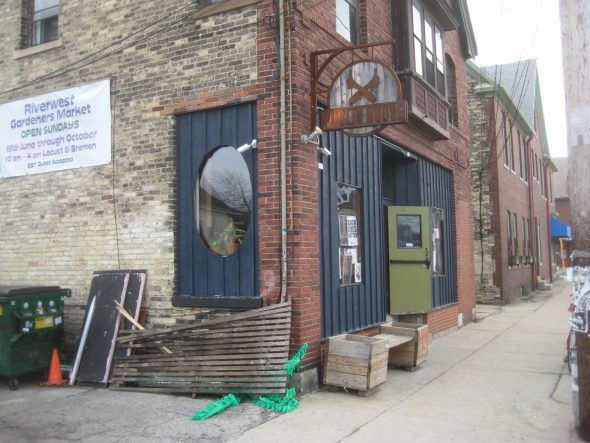 The latest local treasure to succumb to the COVID-19 pandemic is the Public House in Riverwest, at 815 E. Locust St., as Kilmer reported for Urban Milwaukee:

The unique tavern, opened in 2011 at 815 E. Locust St., was the first and only cooperatively run bar in Milwaukee. In fact, it was the second place to serve booze run as a co-op in the U.S. — the first being Black Star Co-Op, a brewpub in Austin, Texas.

So, strictly speaking, Public House was the first co-op bar in the U.S. And last week, facing significant financial pressure, co-op members held an emergency meeting to vote on the future of the pub and live music venue.

In a near unanimous vote, they decided to try to sell the bar. And if they can’t find a buyer, they agreed to liquidate whatever they could to pay off outstanding debts.

The bar has struggled financially, off and on, for years… The bar has a GoFundMe, which Rebers said will be used to pay down debts or cover operations costs.