By Edgar Mendez, Milwaukee Neighborhood News Service - Sep 26th, 2020 08:52 am
Get a daily rundown of the top stories on Urban Milwaukee 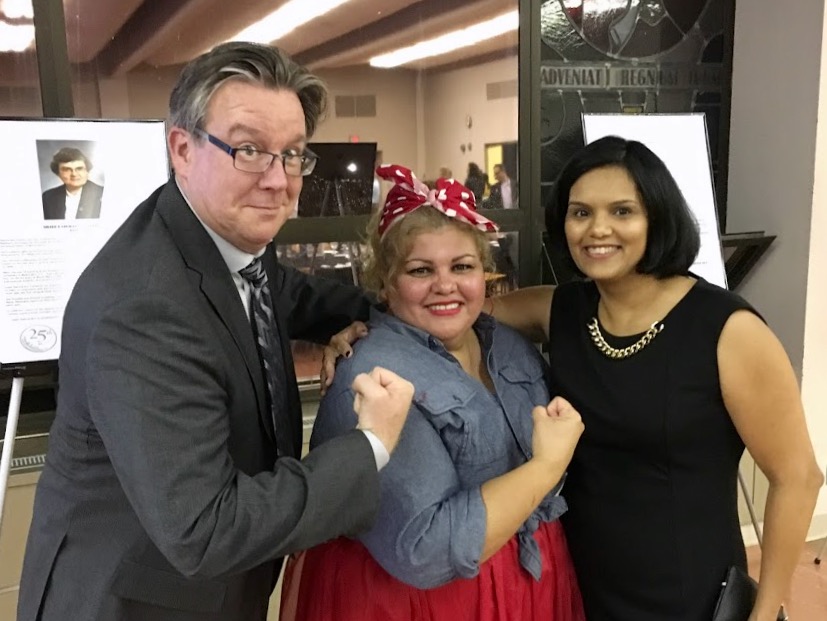 Jason Cleereman, pictured here with Tammy Rivera and his wife, Evanjelina (right), was an immigration attorney and active leader in the community. Photo provided by Tammy Rivera/NNS.

Back in 2005, when Jason Cleereman moved to the Walker Square neighborhood, he saw a park down the block and thought: “What a wonderful place to have a farmers market.”

In 2008, he advocated for the market, which provided fresh and inexpensive fruit and vegetable options for residents. But it flopped.

Undeterred, Cleereman worked with Hmong farmers and others and in 2010, the Walker Square Farmers Market, now a neighborhood staple, reopened.

“It’s easy to get down on yourself when things start falling apart, but I think this market is essential to reviving this community,” said Cleereman, then president of the Walker Square Neighborhood Association, during an interview with the Neighborhood News Service in 2012.

Cleereman, an immigration attorney who often provided pro bono and reduced rate legal services and a longtime board member of the Southside Organizing Center, among many other community efforts, was shot and killed Tuesday near the Holton Street Bridge. He was 54.

Those who knew him remember Cleereman as a man who worked tirelessly for the community and who was dedicated to his family.

“He spent his time here really caring about his neighborhood being safe for his wife, his children and for all of us,” said Peggy West, who represented the Walker Square neighborhood as a county supervisor from 2004 to 2018.

She said Cleereman revived the dormant Walker Square Neighborhood Association and served for years as the group’s president. She described his death as senseless and tragic.

“He was just a very dedicated family man, neighbor and human being who was always happy to right a wrong,” West said. “It’s just a great loss.”

For years Cleereman ran his practice out of a building on the corner of South 5th and West Washington streets before moving to North Astor Street on the East Side.

“He helped endless families navigate the immigration process through his law firm,” wrote Tammy Rivera, executive director of the Southside Organizing Center, in a tribute she posted on her organization’s Facebook page. “His contributions to ensure residents had a voice, vote and vehicle to organize can never completely be captured.”

Rivera said Cleereman, a board member of the Southside Organizing Center, or SOC, played a pivotal role in helping the organization get through a rough period in 2014. It was during that time that the SOC transitioned from longtime Executive Director Steve Fendt to Rivera.

Ald. JoCasta Zamarripa said she and Ald. Jose Perez, who both represent the South Side on the Common Council, were stunned and saddened by the news of Cleereman’s death. She described Cleereman as a man who was not afraid to speak his mind.

She and Perez, along with Ald. Nik Kovac, issued a joint statement about Cleereman on Wednesday.

“This loss will be felt particularly hard on the near Southside where Jason was an active resident always working to better the area for others,” read part of their statement. “He worked tirelessly in service of others, left a positive impact on those around him, and will surely be missed.”

Luz Sosa, an economics instructor at MATC, said Cleereman helped her and her father, who are natives of Paraguay, navigate the tedious immigration process and become citizens.

“I didn’t even know how to speak English at the time,” said Sosa, adding that Cleereman knew Spanish, words in other languages and was always interested in learning about everyone’s culture.

“He was a citizen of the world and helped everyone regardless of color, religion or creed,” she said.

According to an email to NNS from the Milwaukee Police Department, officers continue to search for suspect in the killing.

Cleereman is survived by his wife, Evanjelina, and their two children. A GoFundMe account has been set up to assist his family.

A public visitation will be held from 4 p.m. to 7 p.m. Wednesday, Sept. 30 at Peace of Mind Funeral Home, 5325 W. Greenfield Ave., followed by a service. Masks are required.

One thought on “South Side Mourns Death of Jason Cleereman”