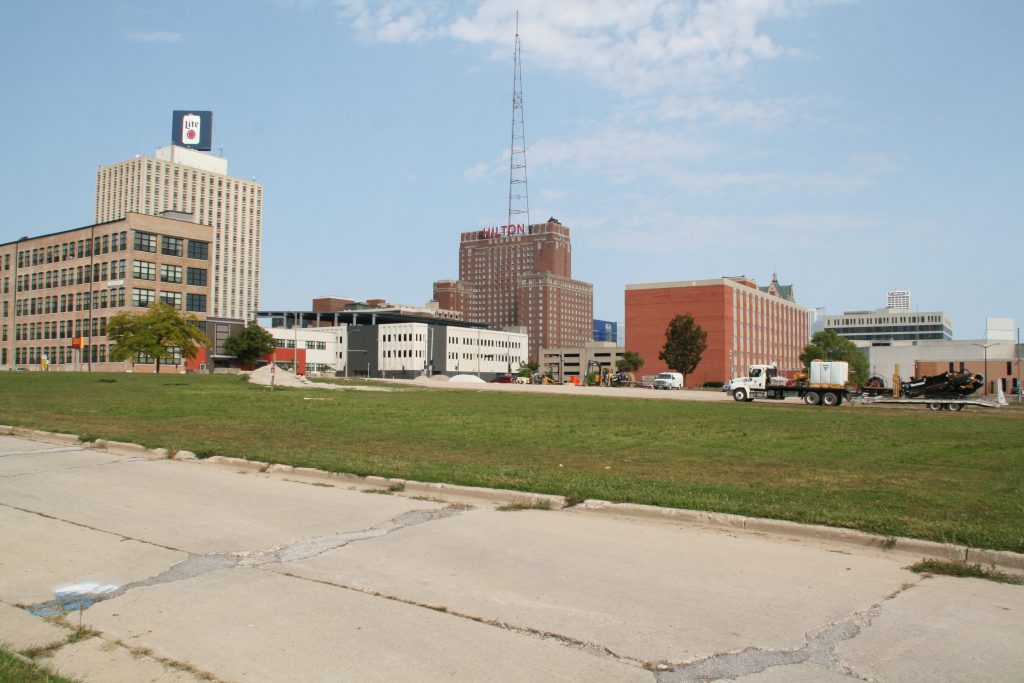 The university began assembling the properties in 2014 for a $120 million Athletic and Human Performance Research Center in partnership with Aurora Health Care. But Aurora pulled out of the project and Marquette ended up building a scaled-down version at 733 N. 12th St., closer to the middle of its campus.

The land is currently zoned for institutional use (TL) and the university is seeking to have it rezoned under the city’s C9G designation for “mixed activity”, which allows retail, service, light manufacturing, warehousing and residential uses. “Because of their operational characteristics, many of the uses allowed in the mixed activity district should be relegated to the peripheral portions of the downtown district,” says the city’s zoning website.

And Marquette’s site, formed by nine properties, is on the periphery of Downtown. But the university isn’t saying what the uses are.

“We often have conversations with outside entities that are interested in seeking synergistic, mission-aligned opportunities to develop the property. Marquette is asking for this zoning change to allow for the broadest possible options for development,” said the university in a statement.

The application for a zoning change also doesn’t provide any details. The proposal is described simply as “Mixed Use” in the project narrative section. No additional details are provided. The rezoning requires Common Council approval.

City records indicate the site covers 302,431 square feet and was acquired in multiple transactions for $6.67 million in total. A large portion of the site was created by removing access ramps to the Marquette Interchange and relocating elevated freeway structures during the interchanges’ early 2005 reconstruction.

Get a daily rundown of the top stories on Urban Milwaukee
Two parcels that Marquette owns just east of the site aren’t included in the rezoning request. A former hotel at 633 W. Michigan St. and an office building at 525 N. 6th St.

The former Ramada Hotel was acquired by the university in 2015 for $3.8 million. The hotel is closed and the university previously announced its intent to demolish the building, but the site remains zoned for institutional uses and the building remains.

The office building at 525 N. 6th St. was previously used by Herzing University and acquired by Marquette in 2015 for $1.6 million. The university actively uses the building for its Department of Psychology. 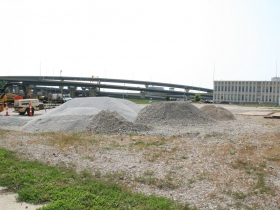 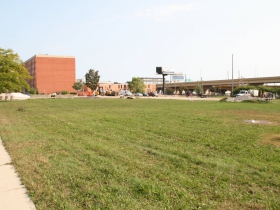 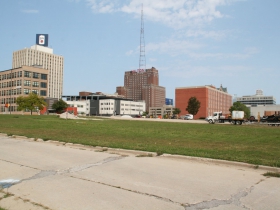 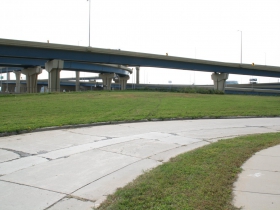 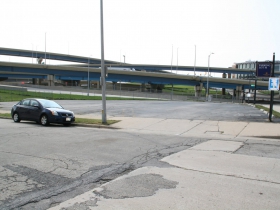 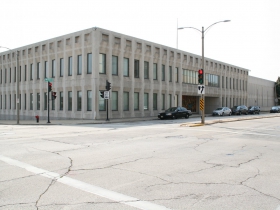