No Equality Without Specific Solutions

Yes, we need better policing and more opportunities for Black Americans. But how do we get there? 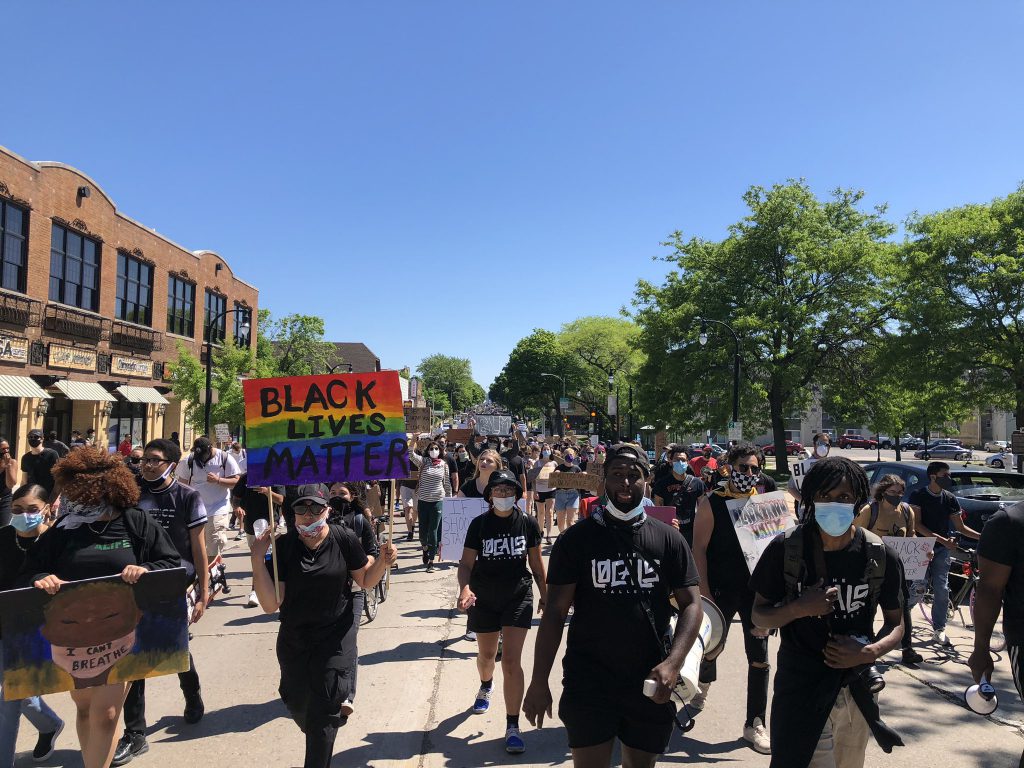 The outlaw protesters, whose aim is chaos, destruction and fear, are hurting the cause of the non-violent legitimate protesters who universally want “change.”

Beyond the imperative to completely shut down the perpetrators of violence, my quandary with legitimate marchers and their very general plea for change is: what does that word mean in real terms? There are many elements – social, economic, educational, law enforcement and spiritual – that underpin the unrest that is dividing our country.

The most immediate cause for anger and disillusion with American ideals in the Black community is the repeated incidents of heavy-handed policing. That has to change.

The sincere protesters simply want minorities to be treated with more respect, more judicious endorsement of laws, more measured use of force. How is that going to be built into our culture? The peaceful protests should help to change the mindsets of many, including people in law enforcement.

Next most important is police training. I talked with a person who represented police unions for 30 years in negotiating contracts. This experienced negotiator said the unions asked in every contract cycle for more training dollars and never got them.

Local officials can make that happen but need state and federal dollars to fund the higher level of training needed so officers can deal with the godawful situations that they face every day. No more talk- talk; let’s get it done.

The protests and boycotts by sports stars have greatly sharpened the point that change – though undefined – has to happen, and fast. But talk and dialogue only goes so far. Each of us, especially our leaders, has to actually do something to make our society a more equitable place.

Each professional player, mostly millionaires with a lot of time on their hands in the off season, could mentor boys and girls toward a good start on adult life. Some do; most don’t.

I used the metaphor of a Gordian knot as I tried over several decades to do my small part in improving the outcomes for people in the central city of Milwaukee. You try to untangle one strand at a time. Some initiatives worked; many didn’t for lack of funds and commitment.

Here are some examples: My late brother Mark worked for 15 years to get minority Milwaukee kids into college. It worked because it relied on heavy-duty mentoring from 8th grade on through the second year in college. A bus load of promising teenagers would travel to different Wisconsin college campus each month, like Carroll, Carthage, Alverno. They had fun, but also learned practical things like how to take notes, how to study, how to take a test, how to apply for college.

Each had mentoring all the way though. It worked famously. Almost nine of ten matriculated to college, with scholarships. Some 700 had gone through the program by the time Mark passed. Even though it really worked, the subsequent leadership of his foundation let the program lapse. They said they couldn’t find the money that Mark had raised. (They never really tried; I was never asked.)

Fortunately, two programs arose to take his place: College Promise and a similar Junior Achievement program. Memo to professional athletes and other leaders: both programs could use financial leadership and mentoring help. The scholarship funds are making real change.

Just as educating every child takes a village, every startup business takes a community. (I have been involved in starting 21 companies and know what it takes; it’s tough stuff.) Without much help from the city or major corporations, the entrepreneurial ecosystem has improved in Wisconsin.

But mostly I get a pat on the head from City Hall, the state Capitol and big corporations when I approach them for help. They all talk job creation, but there is not much follow-through. Result: relatively few startups in the central city.

Another example: Corporations, with government and partnerships, could give every kid a youth apprenticeship. Youth Apprenticeship programs (YAP) work wonders for getting kinds on the right track. The few YAP programs are still effective. (We had a program at Serigraph, but stepped back when recessions hit. With state help, we could have kept it going.) A broad state program with heavy mentoring would be a massive change of the right sort.

On educational challenges, UW-Milwaukee, Milwaukee Area Technical College and Milwaukee Public Schools have stepped up to greatly improve high school graduation rates. The M3 program of MPS is working. That change has to be maintained. It could be replicated across the state.

UWM is by far the most diverse campus in the UW System. But the system’s funding and policies, for such efforts as intensive remedial education in the freshman year, don’t do enough to help  UWM. UW System leaders need to walk the talk on diversity support with funding.

Another challenge unmet: health metrics have fallen sharply in Milwaukee and Wisconsin. An example: the birth rate for single mothers in Milwaukee is a scandal. Poor infant mortality rates and teen pregnancies are connected. Denver and the Susan B. Buffet Foundation have not ducked the single mother birth rate like Milwaukee has. An initiative there to promote Long Acting Reversible Contraceptives (LARCS) has drastically reduced the percentages. So has St. Louis.

Where are city leaders of all stripes, including public health leaders, on that pragmatic change? The lives of young mothers and babies are literally saved from a continuous cycle poverty and worse.

All told, there is a long list of needed changes — proven to be effective — that could move the needle on social and economic equity in our region.

When the protesters and their sympathetic supporters fade from the headlines, when the athletes go back to their games, how about moving past stating the problems to moving the chains toward specific goals.

4 thoughts on “Op Ed: No Equality Without Specific Solutions”