Construction Underway on Largest New Urban Manufacturing Plant in US 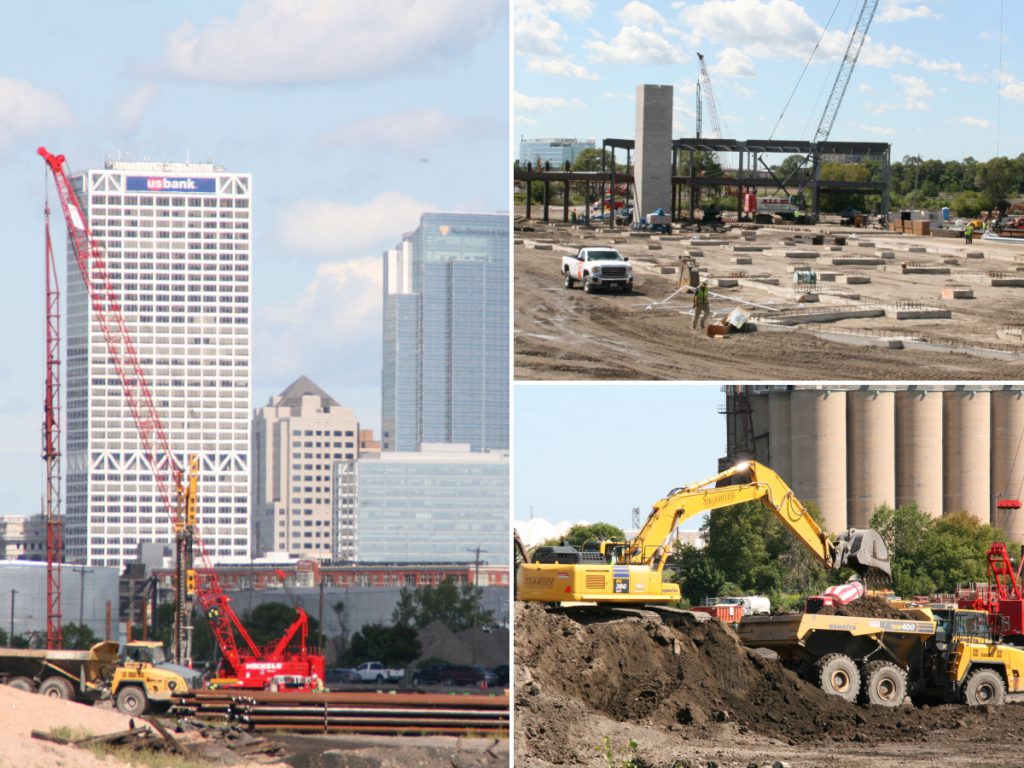 Located at the eastern end of E. Greenfield Ave. overlooking Milwaukee’s Inner Harbor, the complex will be known as South Harbor Campus. From it will emerge mining shovels, shipped in pieces, that weigh over three million tons and can lift 120 tons at a time.

Former Department of City Development Commissioner Rocky Marcoux and Komatsu surface mining president John Koetz both referred to the proposal as the largest proposed urban manufacturing facility during its approval process in late 2018 and early 2019.

The company, formerly known as Joy Global, perhaps best known locally by its P&H brand name, is an arm of the multi-national conglomerate Komatsu. The Tokyo-based company boasts over 59,000 employees in 142 countries.

The development marks a return to the neighborhood for P&H, later known as Harnischfeger, which was founded over 136 years ago. The company made cranes, and later, mining shovels. P&H, owned by Komatsu since 2016, has spent the past 100 years just outside city limits in suburban West Milwaukee at 4400 W. National Ave.

The West Milwaukee facility and office space leased in the Honey Creek Corporate Center on Milwaukee’s west side will be vacated as part of the project.

The company hopes to have more than 1,000 employees at the site, but intends to start with approximately 600 in 2022, of which about 70 percent are expected to be office employees.

The company will occupy a 59-acre campus bisected by Union Pacific railroad tracks. The 13-acre eastern portion of the site was last owned by the city and used to store coal for the Valley Power Plant, which now burns natural gas. The site will house the office building and parking garage.

The western portion of the site was long home to Solvay Coke & Gas. An affiliate of We Energies acquired the 46-acre site in 2017 for $4 million to control the environmental costs of cleaning up the site used by one of its predecessor firms. As of 2019, it expected to spend $16 million on the cleanup. The utility is now suing American Natural Resources Co., another firm potentially liable for environmental remediation, to recover costs on the effort.

Get a daily rundown of the top stories on Urban Milwaukee
Komatsu acquired both sites in late August for $8.8 million, paying both property owners the same amount per acre.

Employees of Hunzinger Construction, with subcontractor Michels Corp. and a host of other firms, can be seen erecting the structural steel of the office building and pounding hundreds of steel piles into the ground for the manufacturing facility. Plenty of equipment made by Komatsu subsidiaries can be seen across the construction site.

The site plans call for access via E. Greenfield Ave. and S. Kinnickinnic Ave. near the Kinnickinnic River and Bay View. The roadway under the Canadian Pacific railroad bridge was lowered one foot to accomodate deliveries, similar work has not taken place on a Union Pacific-owned railroad bridge near E. Stewart St. in Bay View. At the time of approval in 2018 We Energies was scheduled to pay for that work.

In addition to road access, Komatsu will have direct railroad and water access. But port officials, as of 2019, expected the company to likely use existing port facilities across the harbor and truck the items on a circular route to South Harbor Campus.

The company, whose mining shovels are so large they leave the manufacturing facility in pieces and are assembled onsite at mines across the globe, is a regular port customer.

The proposal was first introduced in September 2018.

The company did not respond to a recent request for comment and declined to comment earlier this year. 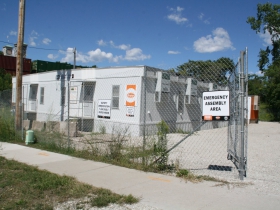 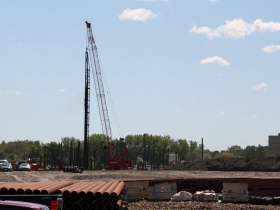 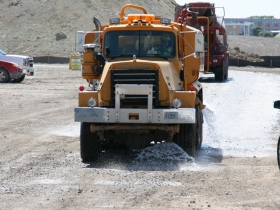 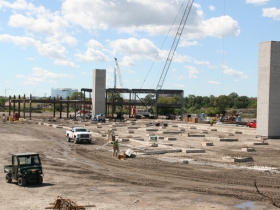 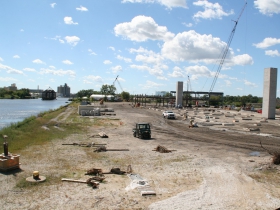 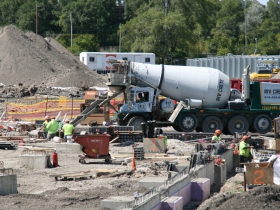