But, no one seems to know how the money will be spent. 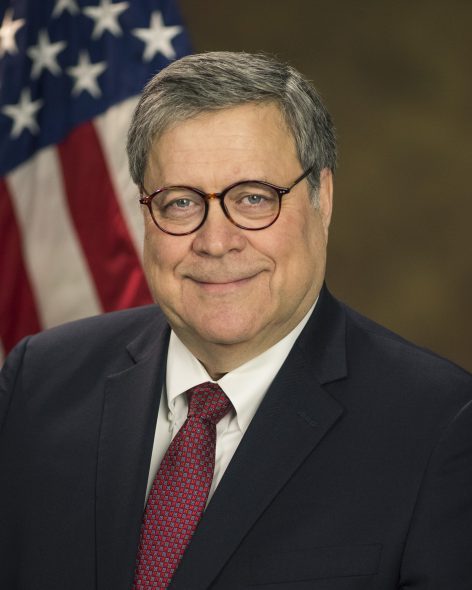 Following President Donald Trump’s visit to Kenosha Tuesday, the U.S. Department of Justice announced that $41 million will be sent to Wisconsin to be spent on public safety.

The funds are a continuation of Trump’s “law and order” rhetoric in the final months of this fall’s presidential campaign — which has made Kenosha a centerpiece issue.

The president spoke Tuesday about the need to support law enforcement and respond with force to protests in “Democrat cities.”

During his visit Trump did not condemn the acts of 17-year-old murder suspect Kyle Rittenhouse, accused of killing two protesters in Kenosha. That omission is reminiscent of Trump’s reaction to white supremacists in Charlottesville, Virginia, and his response when members of his own inner circle have been accused of breaking the law.

The money for public safety is meant to go toward “community-based crime-fighting initiatives, local victim service programs, and the hiring and training of law enforcement officers and prosecutors,” according to the news release.

“Thanks to the efforts of federal law enforcement and the National Guard, working closely with our state and local partners, the streets of Kenosha have been restored from violent agitators who have abused their First Amendment rights to frighten citizens and fan the flames of disorder,” Attorney General Bill Barr said in a statement.

Federal law enforcement has been on the ground in Kenosha since unrest first started in response to the police shooting of Jacob Blake. Wisconsin law enforcement agencies and the Wisconsin National Guard have also been in Kenosha at the orders of Gov. Tony Evers beginning Aug. 24, the same day Kenosha officials requested the help. After the first three nights of protests included some violence and property damage, the community has been largely peaceful.

“As President Trump made abundantly clear today, this lawless behavior will not be allowed to stand and the federal government will provide the necessary resources to help state and local police officers who have worked hard to maintain peace and keep violence at bay,” Barr’s statement continued. “Today’s grant money will help to bolster community-based crime-fighting initiatives and provide much needed support to victims affected by the recent violence.”

The release states that the money will be used to hire more police officers and prosecutors and go toward grants through the Office of Justice Programs and Office of Community Oriented Policing Services, to “support proven violence reduction efforts like Project Safe Neighborhoods.”

A staff member in the office of Sen. Van Wanggaard (R-Racine), a former police officer and one of the Wisconsin Legislature’s most outspoken Republicans on policing issues, did not even realize the money was meant for policing, saying he thought it was going toward cleanup efforts in Kenosha. Wanggaard did not respond to a request for comment.

Even the Wisconsin GOP seemed to think the money was going to help Kenosha. In a tweet, the state Republican party said that Trump was sending “tens-of-millions of dollars in aid for Kenosha,” even though most of the money is going to law enforcement across the state.

Aside from the Republican confusion over where the money is headed, a number of Democratic members of the Legislature, including Assembly Minority Leader Gordon Hintz and Legislative Black Caucus Chair LaKeshia Myers, did not respond to requests for comment. Neither did Jim Palmer, the president of the Wisconsin Professional Police Association.

Sending more money to police departments is directly contrary to what some of the state’s activists against police violence are advocating for. In Madison, cries to “defund the police” are common among organizers who say they want money to fund social services, rather than more cops.

Ion Meyn, a law professor at UW-Madison who studies racial disparities in the legal system, says that this response from the Trump administration is the opposite of what Wisconsin needs.

“We need more prosecutors and public defenders, so they can give cases the scrutiny they deserve,” Meyn says. “We have too many police officers. We are way past the tipping point. Officers are issuing too many citations, making too many arrests and burying prosecutors with referrals. Those actions further harm communities already in distress. Incarceration and collateral consequences cause financial stress, break family bonds, result in civic estrangement and make any behavioral health conditions worse.”

A better response, according to Meyn, is following the lead of other cities across the country who have found alternative solutions to protect public safety.

“Cities like Eugene, Los Angeles, Denver and Olympia are diverting resources from police to public health experts,” he says. “In these places, a significant percentage of emergency dispatch calls are diverted from police officers to social workers and medics. If police or EMTs are needed, which is rare, police are called as a last resort. This public health approach identifies individual needs, supports struggling families and helps rebuild communities.”