Big turnout, delayed votes, new faces in the Assembly and the Constitution Party. 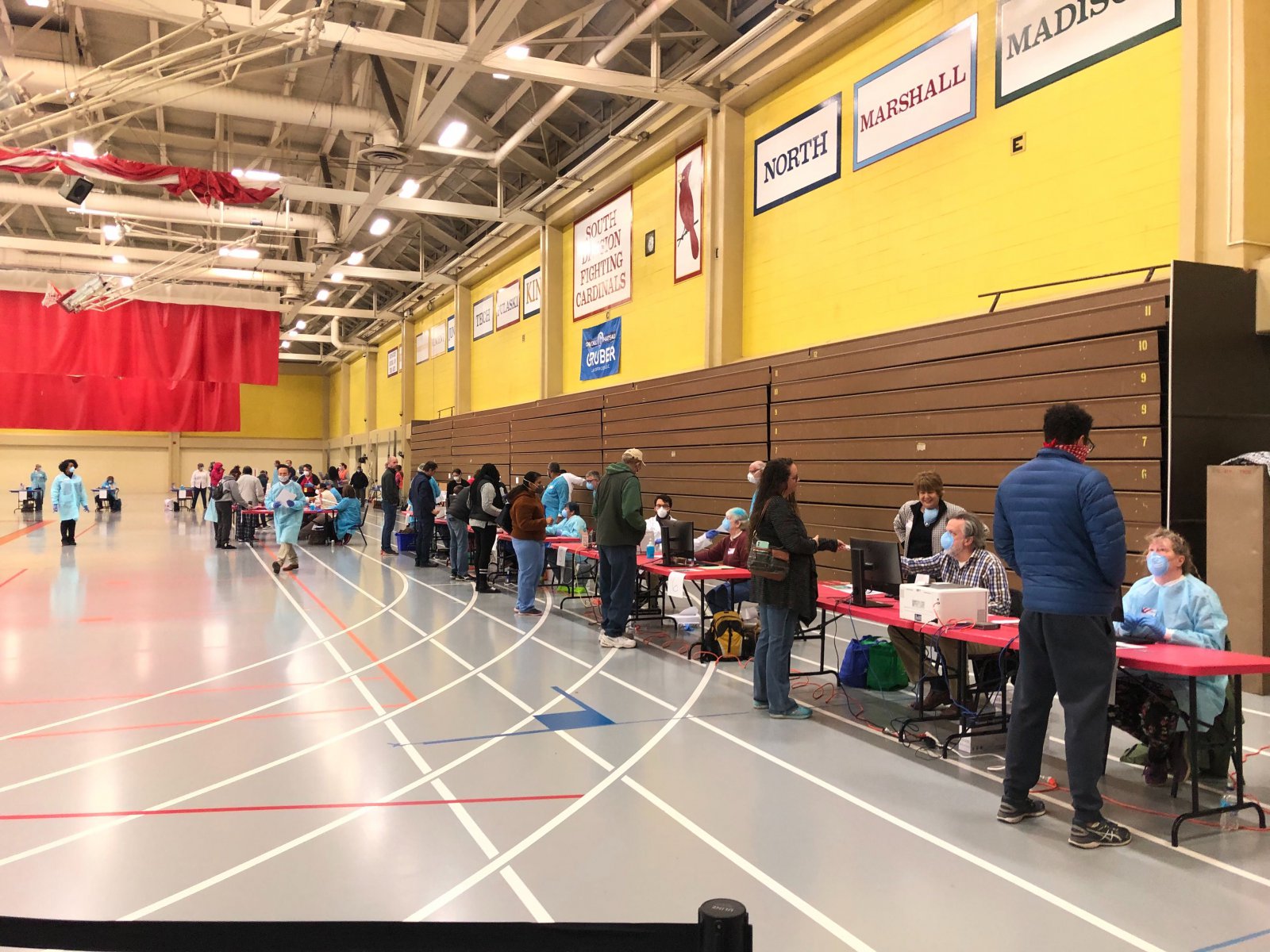 The biannual fall partisan primary is usually a sleepy affair in Milwaukee. Occasionally it serves as the general election for a State Assembly or State Senate seat, given that so few strong Republican campaigns are run in the city. But even those races fail to generate substantial interest given how small a slice of the city they represent. Those that do vote in the partisan primary in the city find their ballots containing few, if any, contested races.

But something different happened this time.

The hotly-contested April 7th election and COVID-19 pandemic caused a record number of absentee ballots to be requested this spring. And in Wisconsin, two things happen when you request an absentee ballot. One, you’re able to request a by-mail ballot for every election remaining in the calendar year with just a few clicks online. Two, after uploading the necessary photo identification, future requests only take a few seconds.

With fewer distractions and no need to actually go to the polls on election day, a record number of Milwaukeeans, for a Presidential election year, voted in the fall partisan primary election. A total of 69,178 ballots were cast, the highest total in 20 years (the furthest back that city data is available online), with over 50,000 coming in absentee, either by mail or in-person early voting.

Historically there is almost no correlation between fall partisan primary and general election turnout, but a switch to absentee voting could change that. Thousands of voters have already requested by-mail, absentee ballots, via a full year or single-election request. Milwaukee is also scaling up its in-person, early voting access with plans to use 15 sites, including Miller Park for drive-through voting. Only three sites were available in the November 2016 Presidential election.

But back to this election, here are the nine most interesting takeaways:

I’m substantially sleep-deprived writing this, and that’s because I was up until the wee hours of the morning waiting for the election results to come in.

“My goal is for the news the day after the election to be who won and who lost,” said Mayor Tom Barrett on July 13th. He came so close.

Milwaukee reported its in-person totals, transmitted from the polling site machines to the Milwaukee County Election Commission, within a few hours of polls closing at 8:00 p.m. But the city counts all of the absentee ballots at a downtown office building and can’t start the work until polls open on election day. It can’t process many of the ballots, because of later arrivals, until after polls close. Almost 200 workers spent the day sorting and checking ballots, with packages of ballots, sorted by ward, piling up by the counting machines. Milwaukee Election Commission Executive Director Claire Woodall-Vogg originally estimated the absentee totals would be available shortly after polls closed, but by mid-afternoon revised that estimate to “tonight” and said the processing machines would cause a bottleneck.

Just before 2:00 a.m. light began to emerge at the end of the tunnel with a single machine left processing ballots. By 2:30 a.m. the counts were available on the Milwaukee County Election Commission’s dashboard. Other Milwaukee County municipalities that use central counting operations saw delays, but none like Milwaukee’s.

What happens in November?  The city could see 150,000 absentee ballots, if not more. It could be a long night — and beyond — to process that.

Milwaukee’s record turnout could have been much greater. The city issued 83,699 absentee ballots (including in-person early votes), but received only 50,191 back. That’s 33,508 people that received a ballot but for whatever reason didn’t return it. Some were likely mailed back too late to arrive in time to count (the city encourages you to use its official dropboxes) and others were lost, with voters opting to just vote in-person. But thousands of voters likely forgot about the election or took a look at the candidates and tossed the ballot.

It’s reasonable to assume when voters see Donald Trump and Joe Biden on their next ballot they’ll be more likely to return the ballot. But even a 30 percent reduction in non-returns could be fatal for Democrats. Trump won Wisconsin in 2016 by 22,748 votes.

John F. Weishan Jr. versus Israel Ramón for the Milwaukee County Register of Deeds was the biggest race on the ballot. It was the only countywide race and Ramón was appointed, not elected, to the post less than a year prior.

But ballot rules place the state legislative races first, even if they’re uncontested. And given that Weishan and Ramón are both Democrats, anyone that wanted to vote for a Republican elsewhere on the ballot couldn’t vote for them.

On a countywide basis Ramón beat Weishan 64.5 percent to 35 percent, with a nearly identical percentage in the city. Because there was no Republican in the race, Ramón is your winner.

Political newcomer Dora Drake is poised to be the next State Representative from the 11th Assembly District. If she defeats Republican Orlando Owens in the general election, she’ll take over a seat covering much of the city’s far north side that was once held by Lieutenant Governor Mandela Barnes and more recently Jason Fields, who decided not to run for re-election. The district is heavily Democratic.

Who is Dore Drake? She’s a Marquette University graduate with a degree in social welfare and justice that works at the Center for Self Sufficiency helping those leaving incarceration re-enter society. The oldest of eight siblings, according to her biography she enjoys singing at Hew Horizons Integrated Ministries and got a taste for politics working on a 2019 school board campaign. Drake grew up in the district, having been raised in a home near Wyrick Park.

The second time’s the charm for County Supervisor Supreme Moore Omokunde. The son of Congresswoman Gwen Moore prevailed in a three-way race, netting 48.5 percent of the vote for the Democratic nomination to the 17th District Assembly seat recently vacated by now-County Executive David Crowley. In 2018 Moore Omokunde came in second in a five-way race for the 16th District Assembly seat.

Approximately the same number of people voted in person on Tuesday as did on April 7th, but there wasn’t a line in sight. While the April 7th election featured five large polling places, Tuesday’s had 168 polling places. What changed? A substantial bump in poll worker pay ($100 increase to $230 per election) and a better handle on the pandemic.

The heavily Hispanic 8th Assembly District covering much of the city’s South Side featured contested primaries for both Republican and Democrat as candidates are vying for an open seat. Now-Alderwoman JoCasta Zamarripa is vacating the position after winning a seat on the Common Council and had endorsed her sister, Democratic candidate JoAnna Bautch, as her replacement.

The district, which has the lowest number of registered voters of any in the state, can produce some weird election results. Tuesday was no exception.

Then came the absentee data dump. Ortiz-Velez ended up winning by 108 votes in a 53-47 race. Sanchez barely got 108 votes in total, securing 116 and winning the Republican nomination by 13 votes. Twenty-six people, twice the margin of victory, cast ballots in the Republican primary but didn’t pick a candidate in the 8th District race.

It’s hard to attribute the surge in absentee voting to any one thing (besides the pandemic), but a new city program may have helped. Known as SafeVote, the program from Alderwoman Marina Dimitrijevic and the Milwaukee Election Commission had the city mail absentee ballot request forms to all registered voters. It was modeled after a successful initiative in Whitefish Bay that boosted turnout.

One thing we didn’t hear about this election? Problems with missing ballots. The reason is two-fold. One, much of the problem last time turned out to be related to a state computer glitch that marked ballots as printed. Two, USPS and a number of election clerks implemented a smart barcode system on ballot envelopes that allows individuals to track their ballot’s progress on its way to their home. The smart barcode system does not work for mailing the ballot back. “That’s why we recommend using a dropbox,” said Woodall-Vogg on Tuesday afternoon.

There wasn’t a single candidate actually on the ballot from the Constitution Party, but 248 people across Milwaukee County (145 from the city) voted in the party’s primary. Without any candidates to actually vote for, up to 50 people on any given race wrote-in names. Most opted just to leave the ballot blank and make their party preference known. The Constitution Party was the only third-party to appear on the ballot.