Surges taking place across the state, including Milwaukee, Waukesha and Iron counties.

There were four more new COVID-19 cases reported Sunday than Saturday in Wisconsin, but the results come from 4,228 fewer tests.

The Department of Health Services reported 957 new cases were confirmed via testing over the past 24 hours from 9,978 processed tests. That’s up from the 953 cases reported Saturday from 14,201 tests.

And although the day-over-day testing total declined, something that often happens on the weekend, the state’s 14-day average climbed to a record high of 12,712.57 tests per day. A total of 93,159 tests have been processed in the past week, a record for the state.

But even as testing has increased over the past 14 days, the number of tests coming back positive has increased faster. The one-day positive case rate of 9.59 percent is the highest ever recorded when more than 9,000 tests were processed.

The more informative seven- and 14-day positive case rate averages moved in opposite directions. The seven-day average fell from 7.00 percent to 6.99 percent, while the 14-day average climbed to 7.01 percent from 7.00 percent. The two measures are now effectively equal for the first time since the state reported a 14-day low of 2.69 percent on June 19th, possibly indicating the disease’s spread might not be accelerating, but still highly elevated, in the state.

The number of active hospitalizations, a lagging indicator of the disease’s spread, remains elusive. A message on the Wisconsin Hospital Association dashboard said the organization is making changes to accommodate “recently announced requirements from the U.S. Department of Health and Human Services. We are working to make any disruption as short and minimal as possible.” A figure of 312 was reported two days ago, 209 yesterday and 165 Sunday, the latter of which would be a pandemic low, but likely owes more to a data issue than a surge in the number of people recovering from serious bouts of the disease.

DHS did report that 26 people were newly hospitalized below the 30-day average of 35. A total of 4,394 Wisconsin residents have required hospitalization over the course of the outbreak.

Over half of the new cases in the past 30 days have been in individuals under the age of 40. Over the past month, one-third of new cases have been people in their 20s. Younger people have substantially lower hospitalization and death rates from the disease.

A total of 48,827 people have tested positive for the disease since the outbreak began, with 22,080 of those coming in the past 30 days and 6,512 in the past week. DHS reports that 78 percent of individuals with a confirmed case have “recovered,” as defined by a documented abatement of symptoms or a diagnosis over 30 days ago. The percent fell from a high of 79 as a surge in new cases was reported. 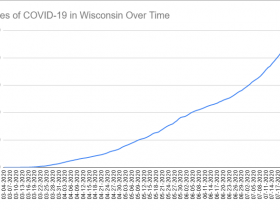 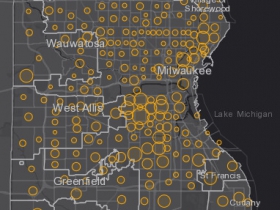 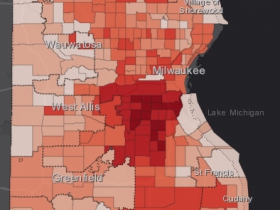 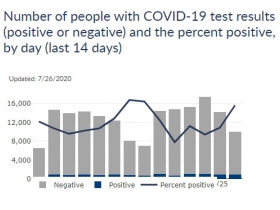 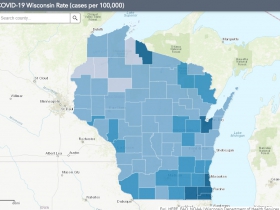 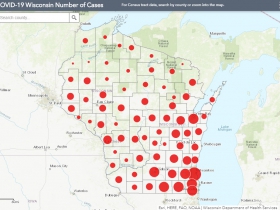 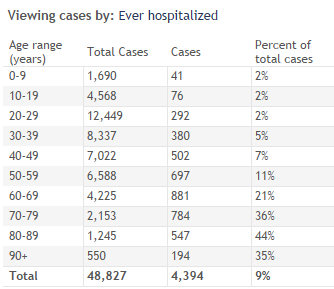