Inside The Dubbel Dutch Hotel 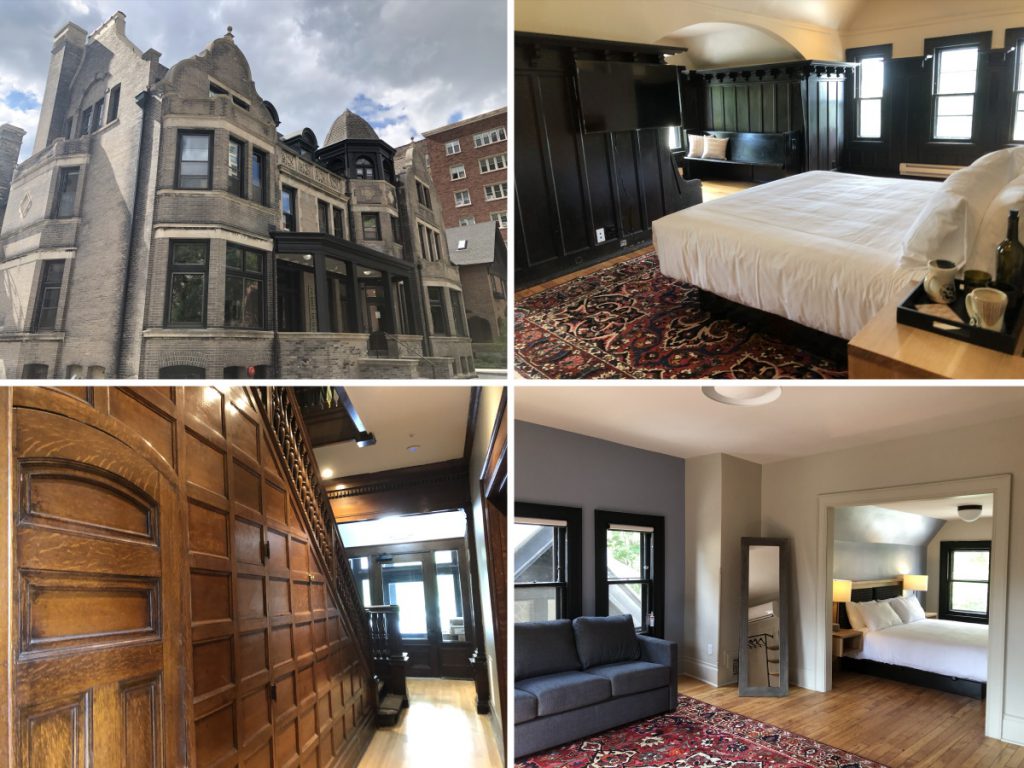 What’s it like opening a hotel in the middle of a global pandemic?

The owners of the Dubbel Dutch boutique hotel in downtown Milwaukee are about to find out. The hotel will welcome its first guests on Saturday.

The 17-room hotel was a challenging proposal when it was first advanced in 2017 for a historic double mansion (two attached residences) at 817-819 N. Marshall St.

The investor ultimately backed out. But the project’s development team didn’t drop the idea. Juli Kaufmann of Fix Development, general contractor Andy Braatz of Braatz Building and architect Patrick Jones of Ramsey Jones Architects, decided to give it a go themselves, revealing their plan in June 2019.

They would convert the three-story house, built in 1898 and long used as an office building, into a hotel with first-floor restaurant just in time for the July 2020 Democratic National Convention.

The convention has now been delayed and scaled back, with a guest list estimated in the hundreds, not tens of thousands. But the hotel, planned for the long-term, is still moving forward.

A number of design decisions baked into the plan prior to the pandemic help make it well suited to weather the current hospitality downturn. There is no front desk like one would find at a larger hotel. Instead, individuals check-in online or by phone and receive a code to punch into a numerical access panel.

The hotel also has a small staff, with only two full-time employees. Everything else comes via contracted services, including turndown service from Washbnb. And turndown service is “do not disturb” by default says Anne Koller, the hotel’s head of external partnerships, experience design and community events. Individuals on multi-night stays must request their room be cleaned. That’s likely to be a winner with those worried about someone entering their room.

The rooms themselves also feature a self-contained heating and air conditioning system. The historic house doesn’t have a ductwork system common in an office building to push air between rooms, instead each room is individually heated or cooled.

And when the pandemic ends, the partners hope they’ve created a draw for locals and visitors alike.

The Dubbel Dutch name is a reference to the side-by-side mansion, built for Charles A. Koeffler, Jr. and his sister Hermine Baumgarten, and the Flemish-style gables crowned with finials that adorn the exterior.

No two rooms are identical in the place, nor are the staircases that lead up each side of the house. Jones, during a tour, notes the lack of symmetry made for plenty of work in drawing up the plans. City records indicate the building has 11,371 square feet of finished space.

Braatz encountered a number of challenges reconciling the historic building with the demands of a hotel and modern amenities. “The most challenging thing was fishing all the modern mechanicals through a building that wasn’t designed for them,” he says.

Linking the two houses also poised a challenge. The central wall is almost four feet thick. You can only go between the two sides on the first and third floors.

The south side of the first floor includes two guest rooms, one of which is fully accessible with lift access. A lounge for guests is also included, as is a secret bathroom hidden in the ornate woodwork.

There are 15 guest rooms, ranging from a room with a king bed and bathroom to multi-room suites. “Every room is really unique,” says Koller. “You’re not getting a box approach.” Jones says the intent was, wherever possible, to maintain the rooms that existed in the house. Almost half of the rooms have original, but now-inoperable fireplaces.

The hotel is as Milwaukee-made as can be. Kaufmann says the effort was very deliberate to mirror the local craftsmen that constructed the building originally.

Franciscan Peacemakers, a center on N. 34th St. for women seeking a way out of prostitution, makes the soap for each bathroom. “We felt that was important,” says Koller of the soap source. “Hotels are actually a big hot spot for sex trafficking.”

Koller, without giving away any hiding spots, says a handwritten note from a Milwaukeean is hidden in each room. Postcards, which the hotel will mail for free, are easier to find.

A former children’s room in the south house, a large room with a king bed, now features pews from Elliot’s Bistro, a former East Side restaurant. Braatz, who has built out a number of restaurants, had the seats in storage. He says he saw evidence of benches in the room previously and found the short pews to be a natural fit.

Art from a rotating collection of artists, all for sale, adorns the first floor. The current artists include Ariana Huggett, John Fatica and Karen Gunderman.

Koller, who will work with operations head Meghan Keyes, is optimistic things will work out, including good relationships with area hotels and venues. “The unique thing about our team is none of us are from the hospitality world,” she says. That fresh perspective includes the willingness to partner with other hotels that might be seen as competitors traditionally.

She says the hotel isn’t looking to host weddings or other events that other hotels are bidding for, and makes a natural complement to event venues.

Looking for a single room or a place for the whole family? You can rent one room, either half or the entire thing (sleeps 44). Rooms start at $229 per night according to the hotel website.

For the full history on the house, see my colleague Michael Horne’s article “Koeffler House A ‘Grand Old East Side Home’.” 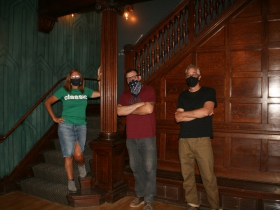 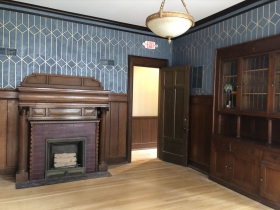 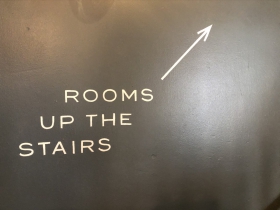 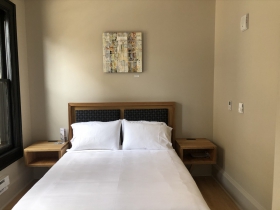 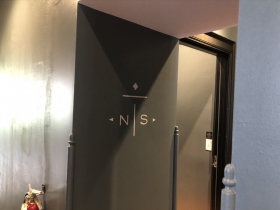 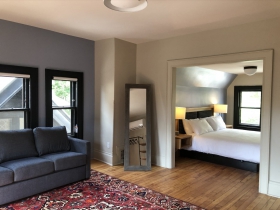 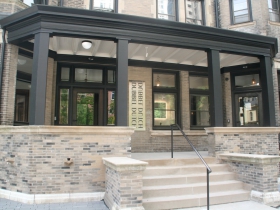 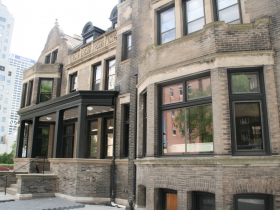 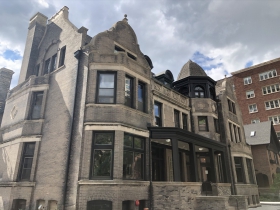 One thought on “Eyes on Milwaukee: Inside The Dubbel Dutch Hotel”