The Historic Preservation Commission has given the green light for a boutique hotel planned for the downtown area near Lake Michigan. The 18-room hotel, to be known as the Art House Hotel, would be built in the Charles A. Koeffler, Jr. House at 817-819 N. Marshall St.

Because the proposal would involve redeveloping a city-designated historic building, the developer, Dale Stenbroten, had to come before the Historic Preservation Commission. Historic preservation staffer Tim Askin noted that his department is supporting the request, and called the proposed exterior changes “minor” ones.

Askin is also in favor of the developer’s plans for the interior of the house, stating “they’re generally keeping the interior intact as much as they can.” The city’s historic preservation ordinance does not regulate the interior of buildings, but interior changes often result in exterior alterations.

The house is currently leased as commercial office space. City records list the property as having 11,371 square feet of space spread over two and a half floors. The house, built as a duplex in the English Renaissance Revival Style in 1898, was designed by the firm of Ferry & Clas.

Stenbroten hopes to open the hotel as early as June 2018. He, in partnership with his wife Katy Rowe, has been leasing other properties they own using Airbnb and intends to do the same with the proposed hotel. Each suite is intended to include a full kitchen. The hotel website bills the vision as “all the comforts of home, and all the conveniences of a luxury boutique hotel.”

The measure was unanimously approved with no debate; voting in favor were Patti Keating Kahn, Ann Pieper Eisenbrown and Marion Clendenen-Acosta. Chair Matt Jarosz and Alderman Robert Bauman both were excused.

The proposal meets existing zoning for the site and will not require Common Council approval. 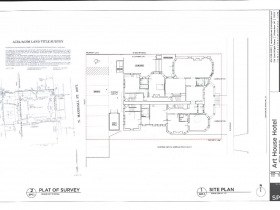 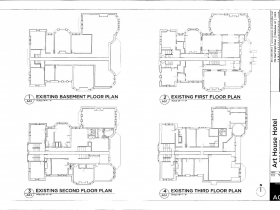 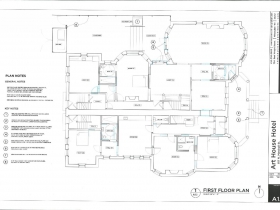 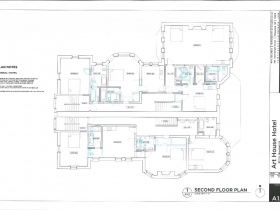 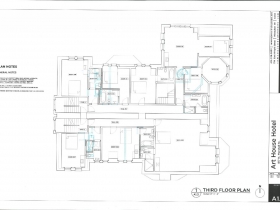 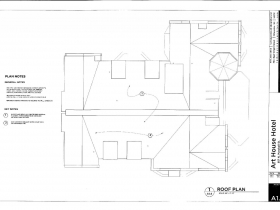