Wisconsin is nearly a month into a growing surge in COVID-19 cases.

The Department of Health Services reported 494 newly-confirmed cases on Monday afternoon, below the 14-day average of 635, but just above the 30-day average of 481. The 30 days prior had an average of 375 cases per day.

An average of 9,517 tests per day were processed over the past 30 days as daily testing capacity grew from 16,668 to 24,362. The daily processed tests average is an increase over the 9,126 tests per day processed in the 30 days prior, but does not explain the over 100 case per day increase.

The biggest driver in the increase is the positive case rate, the 14-day average of which has now been growing for 25 straight days. The figure is a measure of the percentage of tests that confirm a new case of the disease. The percentage of people testing positive for the disease is increasing even as the number of tests administered fluctuates.

DHS reported a positive case rate of 7.46 percent on Monday, increasing the 14-day average to 6.30 percent. The seven-day average stands at 6.47 percent and the gap between seven- and 14-day averages is now the smallest it has been since the upward trend began.

“Our early indicators of COVID-19 are very troubling, the worst we have seen since mid-March, yet our lagging indicators still are good,” said Dr. John R. Raymond, Sr., President and CEO of the Medical College of Wisconsin during a brief Monday afternoon.

One of those lagging indicators, the number of people actively hospitalized increased by 19 to 284. The Monday total is the third-highest figure reported in the past 30 days (high: 291, June 14th). The state reported a three-month low of 235 on July 4th. A total of 26 people were newly hospitalized in the past 24 hours, below the 30-day average of 27.

For the second day in a row the state reported no new deaths from the disease, with the total standing at 820. It’s the third time the state has reported back-to-back days with no new deaths. An average of 4.3 deaths per day have been reported over the past 30 days, down from 8.71 in the 30 days prior.

And while the leading indicator, the number of new cases, continues on an upward trend, the lagging indicators of hospitalizations and deaths might not follow the same trajectory. The majority of new cases are being reported in individuals under the age of 40, a population that requires less hospitalization and has a lower death from the disease.

But both Raymond and Dr. Ryan Westergaard, Chief Medical Officer of DHS’ Bureau of Communicable Diseases, have expressed concern that cases could jump from young people to the state’s more vulnerable seniors. The hospitalization rate grows six-fold when comparing individuals under 40 to those 40 and older.

A total of 36,942 people have tested positive for the disease since the outbreak began with 14,424 in the past 30 days and 4,881 in the past week.  DHS reports that 78 percent of individuals with a confirmed case have “recovered,” as defined by a documented abatement of symptoms or a diagnosis over 30 days ago. The percent fell from a high of 79 as a surge in new cases has been reported.

There are currently 960 ventilators and 414 intensive care unit (ICU) beds available across the state according to the Wisconsin Hospital Association. Since the data became publicly available on April 10th, WHA has reported an average of 945 ventilators and 389 ICU beds as available. 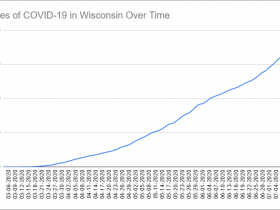 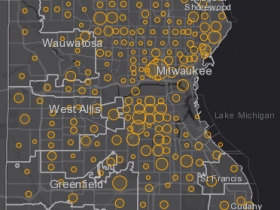 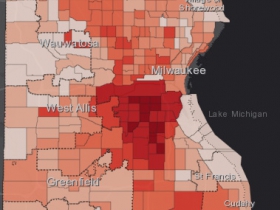 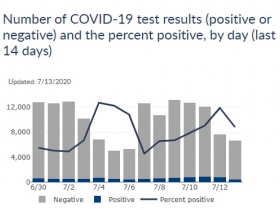 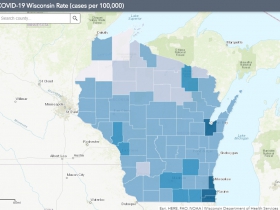 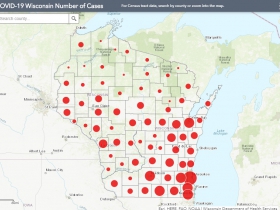 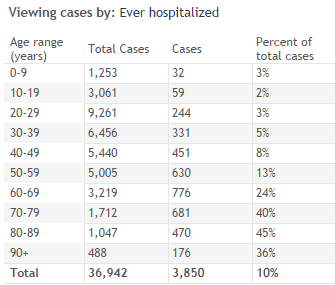