But a negative death total, how did that happen?

Five days ago Wisconsin had never recorded over 750 new COVID-19 cases in a single day. Now it has done so for four straight days.

Sunday’s report came from only 7,617 processed tests, the lowest testing total by over 4,000 in the four-day stretch. DHS has reported an average of 9,673 tests per day over the past 30 days.

As a result of the lower testing total, the 24-hour positive case rate, the percentage of tests that indicate a case, jumped to 10.1 percent.

The 14-day positive case rate now stands at 6.2 percent, a figure that has ticked upward for 24 straight days from a low of 2.69 percent.

DHS also reported a period of 61 straight days without a single-day positive case rate of 10 percent or greater, but the state has now exceeded the figure in three of the past nine days.

A total of 36,448 people have tested positive for the disease since the outbreak began with 14,202 in the past 30 days and 4,871 in the past week.  DHS reports that 78 percent of individuals with a confirmed case have “recovered,” as defined by a documented abatement of symptoms or a diagnosis over 30 days ago. The percent fell from a high of 79 as a surge in new cases has been reported.

A total of 264 people are actively hospitalized with the disease according to the Wisconsin Hospital Association, the same as the day prior. DHS reports that 27 people were newly hospitalized in the past 24 hours, above the 30-day average of 27. Last week the state reported a three-month low of 235 active hospitalizations.

The statewide death toll fell to 820, the second time DHS has reported no new deaths and actually reduced the number of reported deaths. “This death was reported to us in error and the correction has decreased the death count by one,” said DHS about the latest change.

Both hospitalizations and deaths are seen as lagging indicators of the spread of the disease by public health officials, but the disease has recently been spreading primarily among young residents that require less hospitalization and have a lower death rate.

Over the past 24 hours, 63.10 percent of the new cases were in individuals under the age of 40. Going into Sunday the group represented 54 percent of cases, a percentage that has increased over the past month.

There are currently 969 ventilators and 315 intensive care unit (ICU) beds available across the state according to the Wisconsin Hospital Association. Since the data became publicly available on April 10th, WHA has reported an average of 945 ventilators and 388 ICU beds as available. 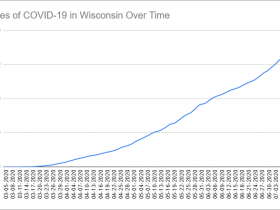 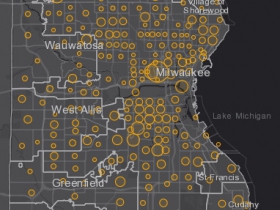 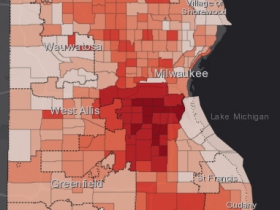 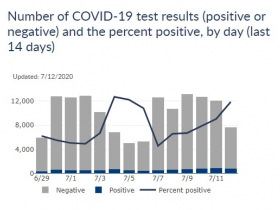 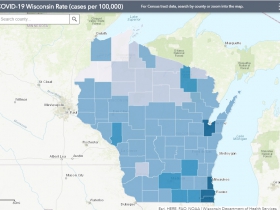 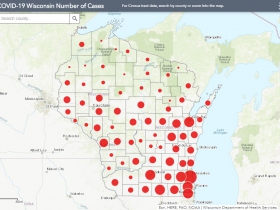 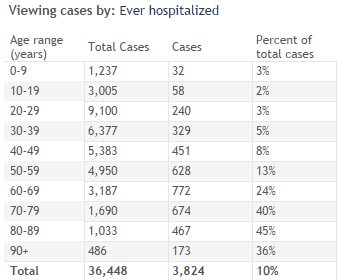