Why Did Bus Service Shutdown During Protests? 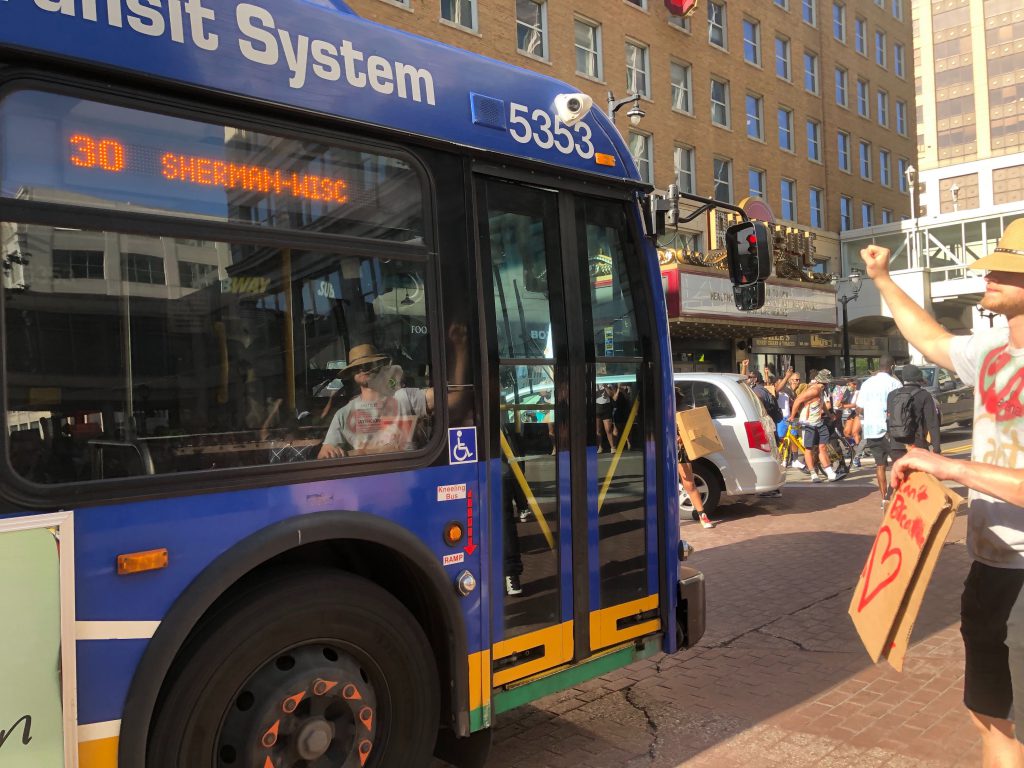 The managing director for the Milwaukee County Transit System (MCTS) went before a county committee Wednesday to explain how and for what reasons bus service was shut down during the first week of the George Floyd protests in Milwaukee.

Dan Boehm, MCTS managing director, said the decision to suspend bus service was made by transit system leaders and the Director of the Office of Emergency Management based on the advice of Milwaukee Police Department (MPD) officials.

Transit system officials were part of the emergency operation center that was formed after the official declaration of a state of emergency. They were there so they could coordinate bus service and detours as protest marches crossed the city.

At the time, the service suspensions were widely criticized, especially by protesters who thought it was an attempt to stop people from getting to protests, or to stop them from getting home during the curfew imposed by the City of Milwaukee.

“There’s great concern of course in any time we shut the system down early,” Boehm said. The reasoning for the shut downs was based upon the protests making large areas of the city impassable for buses, and for the safety of passengers and bus operators.

“These were largely peaceful protests,” Boehm said. But late at night there were reports of dangerous, reckless driving, gunfire, looting and arson.

“Our buses felt like sitting ducks as cars would race by well in excess of the speed limit,” Boehm said.

On other nights, MPD told the transit system to clear all buses from large swaths of the city. On June 3rd, the police department asked them to clear an area of buses bounded by Silver Spring Dr., Lincoln Avenue, 64th Street and Lake Michigan.

MCTS also faced criticism for transporting National Guard troops on MCTS buses. Boehm said this decision was made so that residents would not see large military vehicles rolling down their streets.

Boehm was clear that he would not characterize the protest activities as violent. Rather, there were situations unfolding that potentially imperiled both operators and passengers and it was for those reasons that MCTS suspended service at various times from May 30th to June 7th.