Kiely has led library since 2006, presided over great change. 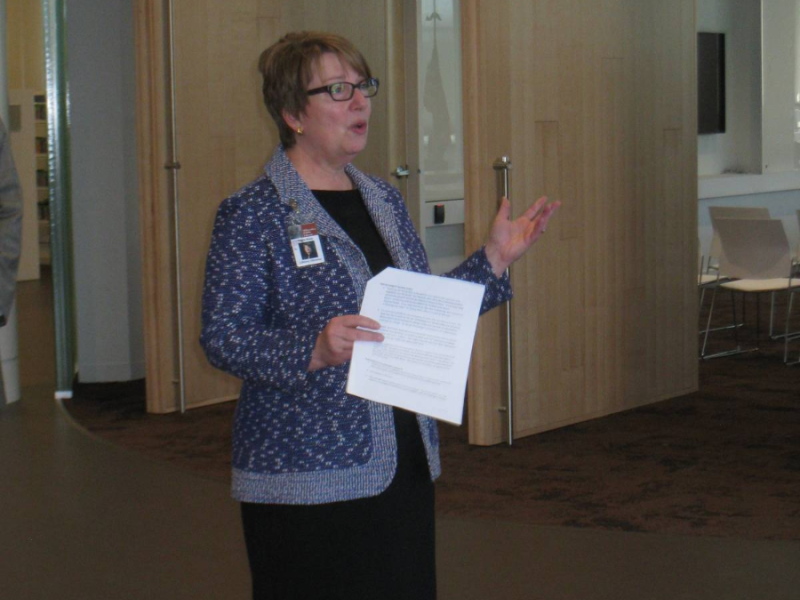 The head of the Milwaukee Public Library is retiring after 25 years with the library system.

Paula Kiely has served as the system’s director since September 2006. She’s been at the forefront of transforming library services to adapt to an always-online society and presided over the replacement of many of the city’s aging, stand-alone branch libraries with mixed-use buildings that contain a new library on the first floor and tax-paying housing above.

“This is a hard decision, especially during these challenging times, but it’s time to focus on my family,” said Kiely in a statement. “There has never been a day where my work at the library wasn’t focused on elevating and enriching the lives of the residents of our great city. Now there is an opportunity for the city to bring fresh leadership to the library.”

A press release announcing her retirement ticked off a list of accomplishments ranging from the creation of the LibraryNow program that has provided 80,000 library cards to K-12 students to unconventional library programming including a hip-hop concert, haunted house, Mexican wrestling match and rap battle. In partnership with other city agencies, Kiely has also overseen the installation of a substantial amount of green infrastructure at the Central Library and many of the branch libraries.

By the time she officially steps down in August, she’ll have spent much of this year implementing a strategy to address COVID-19. Most of the system has been closed since March 15th with a handful of branches offering curbside pickup. Kiely said she plans to prepare the library for a full restoration of services, complete the work of a board task force on financial sustainability and advance work towards social justice and racial equity.

“Throughout her career, Paula has been a model of servant leadership,” said Milwaukee Public Library Board chairwoman Michele Bria. “She focused on the community and meeting particular neighborhood needs and interests, while ensuring equity of access. She is hardworking, persistent, and has always worked for what was best for the library and the people it serves.”

Kiely was named the Rotary Club of Milwaukee’s person of the year in June.

MPL, a city department, has a 2020 operating budget of $23.6 million and approximately 300 employees. The department had over 1.6 million visitors in 2019 and has a circulation of approximately 3.2 million items, including 1.9 million “traditional” materials including books, CDs and DVDs. Patrons logged onto library computers 336,237 times in 2019 according to the system’s annual report.