By Rob Mentzer, Wisconsin Public Radio - Jun 24th, 2020 01:39 pm
Get a daily rundown of the top stories on Urban Milwaukee 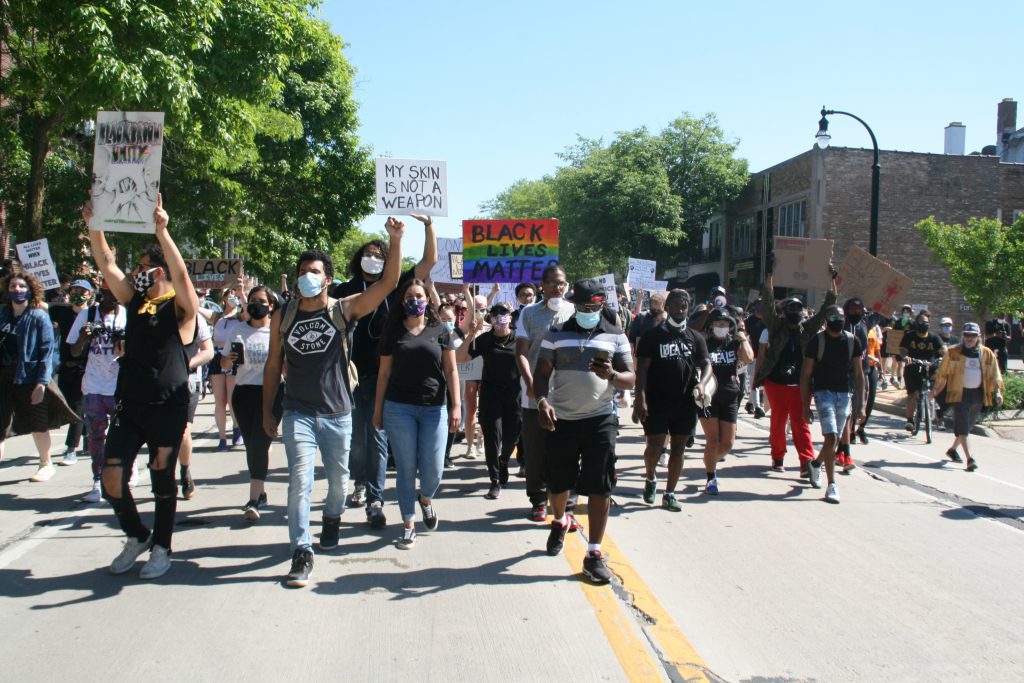 Large majorities of Wisconsinites support the protests against racial injustice and police brutality that have swept across the state in the last month, a new poll from the Marquette University Law School poll found.

The poll, which was taken between June 14 and June 18, was released on the day after protesters in Madison beat a state senator and pulled down two statues at the state Capitol. Its results do not reflect public opinion or reaction to those events.

But the results are in line with national trends around the broader protest movement. National polls have found strong support for the protests themselves and strong identification with messages that racism and discrimination are problems that need to be addressed.

In Wisconsin 59 percent of those polled said they support the Black Lives Matter movement, with large support among communities of color. Eighty-one percent of Black and 73 percent of Hispanic respondents had a favorable view of the movement. Fifty-seven percent of white respondents say they view the movement favorably.

The poll also found that views about police varied widely depending on the race of respondents, with 90 percent of white residents surveyed saying police make them feel “mostly safe.” That number dropped to 43 percent of Black respondents.

It was the first time the respected statewide poll has been conducted since the nationwide protest movement was set off by the alleged murder of George Floyd by Minneapolis police in late May.

In the presidential race, the poll found presumptive Democratic nominee Joe Biden leading Republican Donald Trump by a comfortable 8-point margin, with totals at 49 percent for Biden and 41 percent for Trump.

In May, the poll focused on the public’s opinion of the statewide “Safer at Home” order and Gov. Tony Evers’ handling of the COVID-19 pandemic. It found that 69 percent of voters said it was appropriate to close schools and businesses and restrict public gatherings. That poll was released on May 12; the state Supreme Court threw out the statewide stay-at-home order the next day.

In the latest poll, only 19 percent of those surveyed said they were very worried about COVID-19, down 6 percentage points from May.

One thought on “61% of State Residents Support Protests”