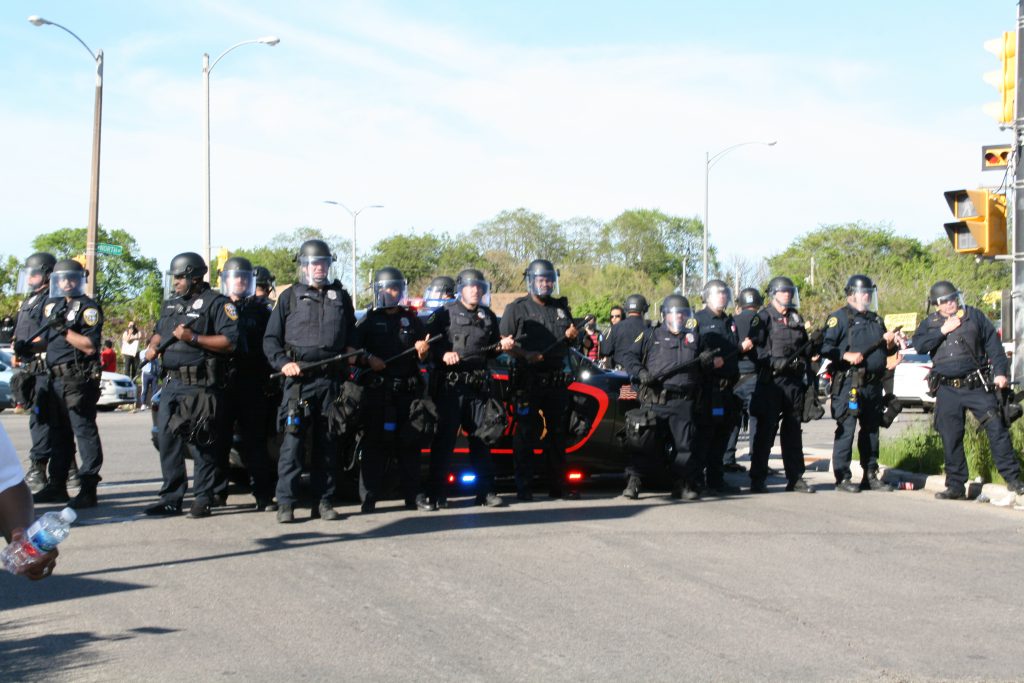 Those looking to defund police departments will find statistics to justify that push in a new study by the Wisconsin Policy Forum — along with some data that complicates the issue, showing that state spending in this category lags other states.

A new study by the non-partisan Wisconsin Policy Forum finds that municipal governments in Wisconsin spent $219 per capita on law enforcement in 2018, an inflation-adjusted increases of 29.8 percent since 1986 and 6.4 percent since 2000. “Though lower than its peak in 2013, police protection as a share of total municipal spending is higher than in the 1990s and early 2000s and makes up a larger share of total county spending than at any point since 1986,” the study finds.

And that huge increase has come despite a long-term decrease in crime during that period. Major crimes decreased by 54.7 percent since 1986 in Wisconsin, the study noted, which included a 14.3 percent increase in violent crime, with property crimes (which are far more numerous) declining by 59.3 percent.

The study also looked at the state’s two biggest police departments, in Milwaukee and Madison, where there is likely to be most pressure for cuts in the police budget and finds both have risen in the last five years. From 2015 to 2020 the amount budgeted for police in Madison rose from $68.3 million to $86.8 million, an increase of 27.1 percent compared to an inflation increase of just over 10 percent during that period. Milwaukee, meanwhile, increased its policing budget by 19.6 percent, rising from $248.6 million in 2015 to $297.4 million in 2020.

Milwaukee has been increasing its police budget going back many years, as Urban Milwaukee has reported: Since 2009 the police budget has grown from $171 million to $297 million, up 73.7 percent, while the city budget has grown by just 14.2 percent. Most of that money has gone for increased salary and benefits for police, rather than for increases in sworn police officers. In fact their numbers actually decreased in recent years.

Yet, if the long-term data on law enforcement spending in Wisconsin gives reason to think some cuts in spending might be in order, the study offers a couple caveats regarding the data:

-The huge reduction in crime might reflect other factors including “changes in laws, police reporting practices, and definitions such as that used for sexual assault,” the report suggests. But while that might have an impact on reported crimes (which have decreased by 51 percent since 1993), it would not affect the annual victimization surveys, that ask Americans each year whether they were victims of a crime, and which show a whopping 71 percent decline in crimes since 1993.

As the debate over such data plays out, the WPF suggests a more important factor that may require cuts in police budgets:

“In the end, however, decisions on whether to reduce police spending may be driven at least as much by fiscal reality than by debating the merits of police ‘defunding.’ Given law enforcement’s large share of overall local government spending in Wisconsin, many of the state’s municipalities may have little choice but to consider cuts or freezes to police spending as their financial challenges intensify from the COVID-19 pandemic.”