Developer Que El-Amin is moving forward on The Community Within The Corridor.

Dreams are about to become a reality for Que El-Amin, Mikal Wesley and Rayhainio Boynes.

The three will transform a dormant two-block manufacturing campus at N. 32nd St. and W. Center St. into one of the most substantial affordable housing developments in city and state history. The complex of buildings, the oldest of which dates back to 1906, was originally built for Briggs & Stratton.

The partners first unveiled the project, known as The Community Within The Corridor, in late 2017 when they secured zoning approval from the Common Council. At that point El-Amin had already been working on the project for a year.

Now they’ve put almost all of the remaining puzzle together. The partners have landed low-income housing tax credits from the Wisconsin Housing and Economic Development Authority, federal and state historic preservation tax credits and other financing. Along with development partner Minnesota-based Roers Companies, the group bought the properties from Jonas Builders in late May. In the coming months, the partners will go before the Common Council to secure a $3.15 million tax-incremental financing district to plug a financing gap.

Four buildings will include 197 units of housing. There will also be tens of thousands of square feet of commercial space, planned for everyone from startups to a small grocer. A substantial community space within the project is also planned. There were also be a health club, daycare facility, laundry mat and technology training and small business incubation space. The properties cover approximately seven acres.

“Our thought was to include everything that was needed on site for a successful family,” said El-Amin in an interview with Urban Milwaukee.

El-Amin, who leads Scott Crawford Inc., and Wesley, who leads Urbane Communities, are lifelong Milwaukeeans and graduates of the Associates in Commercial Real Estate (ACRE) program that trains minorities and women for careers in real estate. Joining them is Boynes, better known to Milwaukeeans by his stage name, Ray Nitti, who runs Sharp Creatives.

The buildings were most recently owned by Jonas Builders who used the site for storage.

El-Amin credits former WHEDA head Wyman Winston and current leader Joaquín Altoro for understanding the catalytic vision for the project. “A lot of people couldn’t see the vision of this large of a project in that neighborhood,” said El-Amin.

The project sits on the eastern edge of the Sherman Park neighborhood, abutting the 30th Street railroad corridor. A mile to the north is the Century City business park, immediately south is Master Lock‘s manufacturing campus. Just to the northeast is the north side’s busy, unifying street – W. Fond du Lac Ave.

El-Amin was rejected for the authority’s competitively allocated nine percent housing tax credits, but pivoted to apply for the discretionary four percent program.

If the city approves the financing package redevelopment work would begin later this year. “We are looking to break ground in October or November of this year,” said El-Amin. The first units would be available in 2022.

The city financing proposal will be first reviewed on Thursday.

And while the project is the biggest thing publicly on El-Amin’s plate, it’s far from the only thing. He’s part of Index Development Group that is developing the Villard Commons apartment building. “We didn’t lose too much time because of the pandemic,” he said, noting that things are on track to open in November. Scott Crawford Inc., named for an amalgamation of the historic last names of El-Amin’s grandparents, also has a number of other housing developments in the pipeline.

El-Amin and his brother Khalif El-Amin also run Young Enterprising Society, which includes a suite of entrepreneur-focused program. The most notable program is The Blueprint, a small business tech and manufacturing accelerator. The brothers are working with companies across the world, including China, El Salvador and Russia, but also have plenty of local businesses they’re helping scale. “We have some really good Milwaukee-based companies,” said Que El-Amin. They received repeated praise at a July funding announcement from the state. 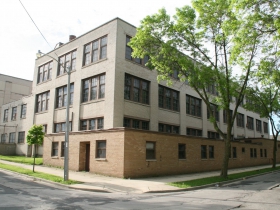 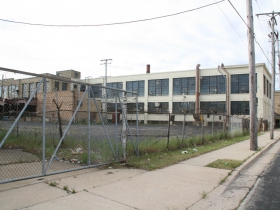 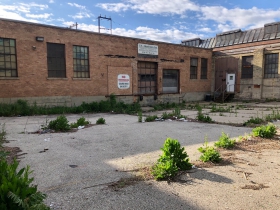 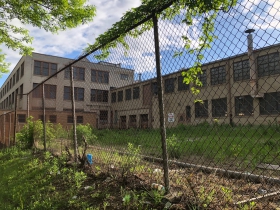 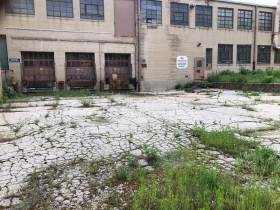 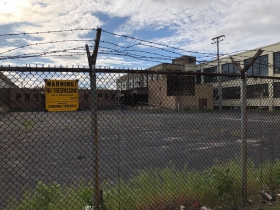