Peaceful March Snakes Through South Side 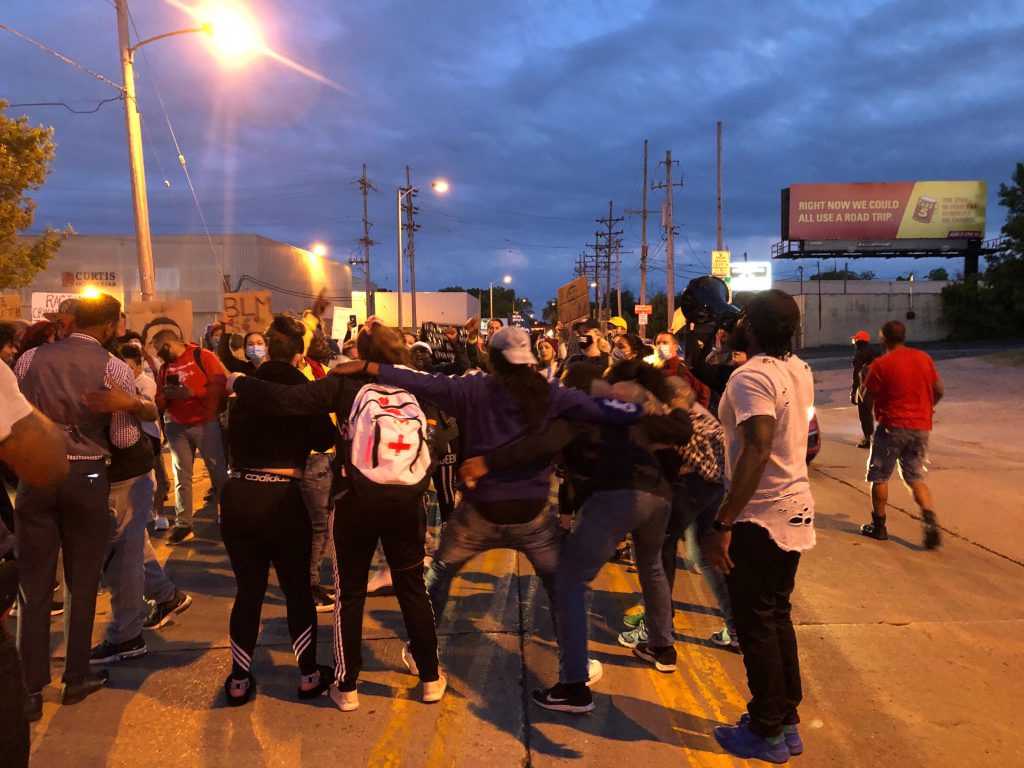 Friday marked the start of the third week of protests in Milwaukee in response to the murder of George Floyd by a Minneapolis police officer and other police-related deaths.

Friday’s largest march in Milwaukee started outside the Mitchell Park Domes at 524 S. Layton Blvd. before winding through the South Side as the group made its way to the intersection of S. 45th St. and W. Cleveland Ave.

The location was no accident. It’s at that intersection where Milwaukee police officer Michael Mattioli lives.

Mattioli, when off-duty, held a party in violation of the state’s Safer at Home order in early April. During that party Mattioli put Joel Acevedo into a chokehold, and Acevedo would later die as a result.

Mattioli has been charged with homicide, and is currently suspended with pay from the Milwaukee Police Department. The officers are required to be paid according to state statute, something city officials have lobbied against.

Jose Acevedo, speaking outside the home, expressed frustration that Mattioli continues to be paid while his son is dead and two other individuals remain free. He called for Police Chief Alfonso Morales to resign, saying he represents officers, not the public.

“‘Let me go home, I can’t breathe’ means a lot,” said Acevedo, asking for marchers to continue. Joel Acevedo is said to have called out “let me go home” as he was being choked.

Organizer Rafael Mercado also delivered a speech, captured on video, that touched on the unity the march displays and other deaths at the hands of police in Milwaukee. “At the end of the day this affects all of us,” he said.

“We understand one thing,” said Tory Lowe. “The north side and the south side are no longer separate.” The city has long been racially divided, with a stark divide formed by the Menomonee Valley. “We have enough citizens to turn everything around.”

After rallying outside the home, the group looped through the neighborhood and went north on S. 43rd St. following it as it became S. Miller Park Way in suburban West Milwaukee.

The group then turned east on W. National Ave.

While heading back Pastor Kenneth Lock II debuted a new chant to the group that was repeated dozens of times before the group made it back to the parking lot where it started. “Take it to the streets, forget the police. No justice, no peace,” the group chanted.

For more videos and coverage of the march, see my Twitter thread from the evening.

One thought on “Protest Day 15: Peaceful March Snakes Through South Side”